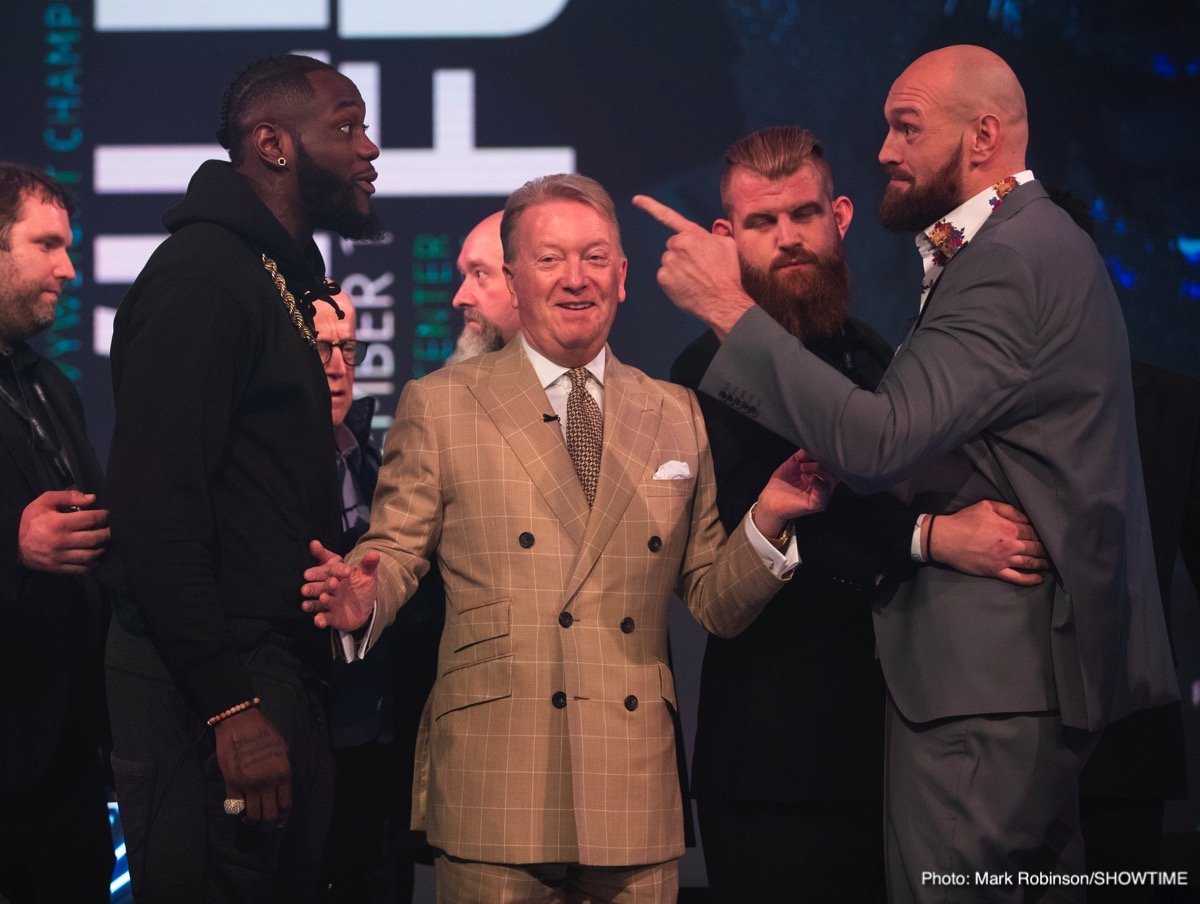 As fight fans know, heavyweight stars Deontay Wilder and Tyson Fury will fight their fascinating rematch on February 22, with both men vowing to “settle it” by way of scoring an emphatic win (both men are talking a KO). But whoever emerges victorious in Las Vegas, be it the WBC champ or the proud claimant of the lineal crown, these two may not have seen the last of each other.

As per a tweet from Adam Catterall of Frank Warren TV (as picked up by Bad Left Hook), there is indeed a three-fight deal in place:

“The loser of #WilderFury2 on Feb 22nd has the option to activate a 3rd fight,” the tweet from yesterday reads.

So, if we see another close fight between the unbeaten puncher and the undefeated boxer, as we saw in fight-one, a draw, it seems likely Fury and Wilder WILL look to hook up again, possibly straight away. This is good news for fans who are thoroughly enjoying this particular rivalry (and fight-one, from December of 2018, did have its thrilling moments; capped by a truly astonishing 12th and final round). But fans who want to see the Wilder-Fury rematch winner go after some fresh blood may be feeling, enough already.

Still, if either Wilder or Fury did manage to terminate matters in a swift manner on February 22, would there be any real need for a third fight? Wilder has that frightening, don’t-blink power, while Fury can stop a guy with an accumulation of shots (he has vowed to make Wilder quit on his stool next month), so a stoppage one way or the other is quite possible here.

Again, will there be any call for a third fight between these two? We’ll soon see.

Meanwhile, many fans have been surprised to learn there will be no press tour ahead of Fury-Wilder II, but the word is there will be a final press conference. Fury loves to try for that mental edge via taunting and teasing, so he will get his chance to get in Wilder’s face again before the two go to war. And a Fury presser is almost always fun. If not so much for his opponent.