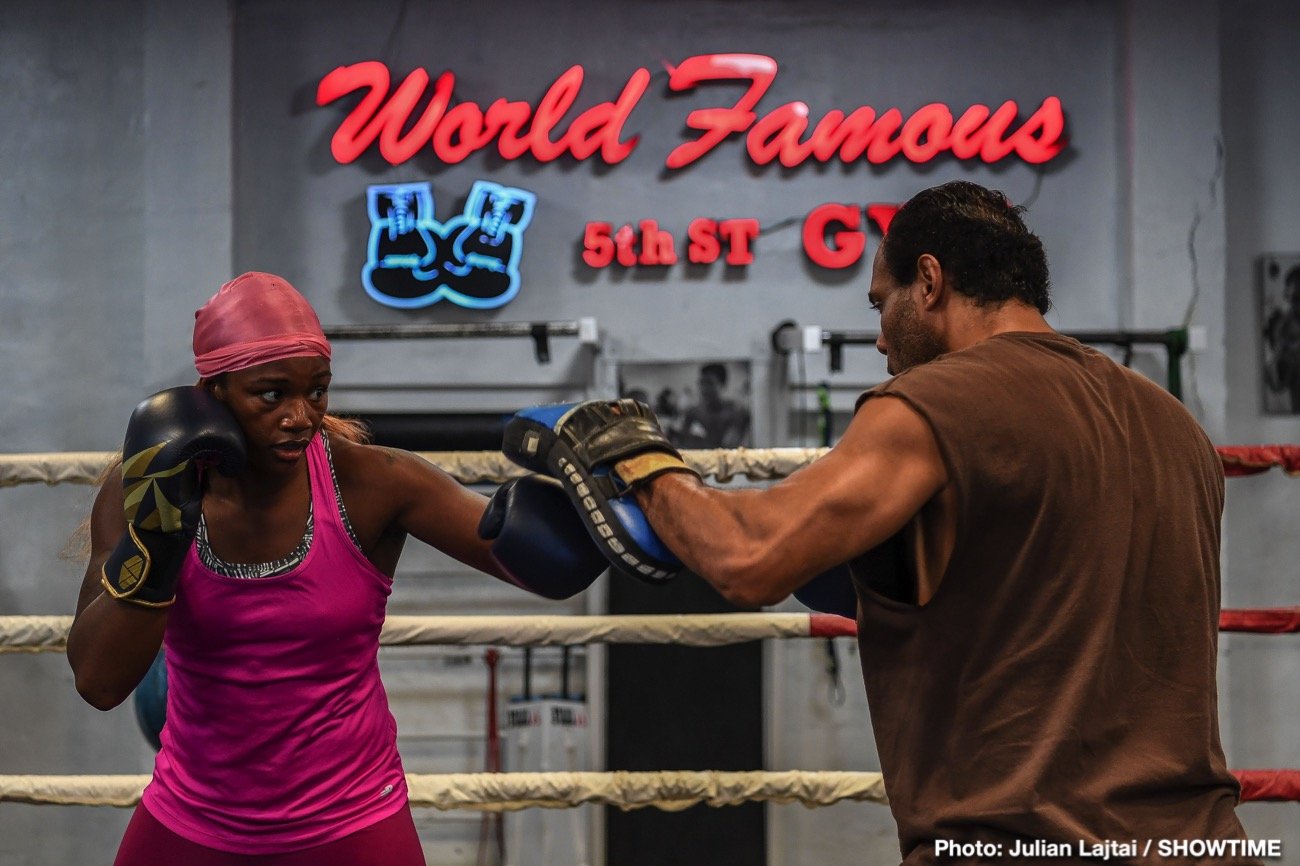 Undisputed Middleweight World Champion Claressa Shields participated in a media workout in Miami on Tuesday in preparation for her upcoming showdown with Ivana Habazin next Saturday, October 5 live on SHOWTIME from Dort Federal Credit Union Event Center in Flint, Michigan.

Shields will look to become the fastest fighter in history, male or female, to win world titles in three divisions when she faces Habazin for the WBO Junior Middleweight World Title in the main event of SHOWTIME BOXING: SPECIAL EDITION in her hometown of Flint.

Shields vs. Habazin is promoted by Salita Promotions. Tickets for the live event can be purchased at Ticketmaster.com and at the Dort Center box office.

In the televised co-feature on October 5, undefeated welterweight sensation Jaron Ennis will return to national television against once-beaten Demian Daniel Fernandez in a 10-round bout. In the SHOWTIME opener, undefeated heavyweight prospect Jermaine Franklin will face once-beaten Pavel Šour less than an hour from his hometown of Saginaw, Mich.

Here’s what the fighters had to say on Tuesday from the famed 5th Street Gym in Miami Beach:

“I love boxing and I love that I’m one of the women who is carrying the sport, making it bigger and more well known. We’re getting more respect.

“There are fighters out there who believe that they can beat me and that really motivates me. That’s why I train and put in the time that I do.

“I want to show everybody that I’m a truly great fighter. I can beat Vasiliy Lomachenko’s record of winning titles in three divisions in 10 fights instead of 12. Plus, I’m going backwards, not going up in weight, where there are better challenges for me.

“My performances will lead to bigger fights and bigger purses for me and my opponents. I’m just going to keep building my name and building my brand.

“With this fight against Habazin, I’m definitely going in looking for the knockout. If I get it in spectacular fashion, that will go viral and help push my career forward.

“It means everything to have this fight back in my hometown. I want to be the good news for Flint and make people smile. I’m happy to be bringing a fight back home while I’m still on top. I feel like Flint will be uplifted by that.

“Everyone back home is really excited for this event. It’s going to be a huge homecoming for me on October 5.

“Muhammad Ali has trained here at 5th Street Gym and every time I train here I feel like I’m in his presence. It makes me want to be even greater. He’s the GOAT and I’m going to be the GWOAT.

“Being here in Florida is great for the weight cut. I’ve been down here for nine weeks and it’s hot every day. I’m sweating and working hard and the pounds are just coming off.”

HANNAH RANKIN ready for the top fighters at 154

“It’s fantastic to be in Florida training for this fight. Everything has been perfect and I’m feeling great.

“I’m really looking forward to October 5. Me and my opponent are going to put on a great show for fans for six rounds or as long as it lasts. I want to show them what women’s boxing is about.

“There are lots of exciting things in the cards for me after this fight. I’m ready to take on the top fighters and pursue world titles at 154-pounds. I can’t wait to show everyone what I can do.”

ABOUT SHIELDS VS. HABAZIN 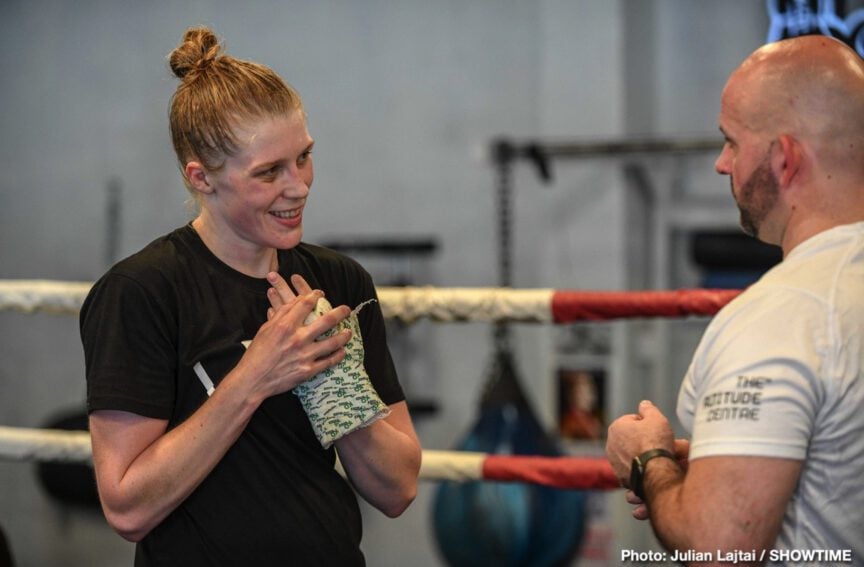 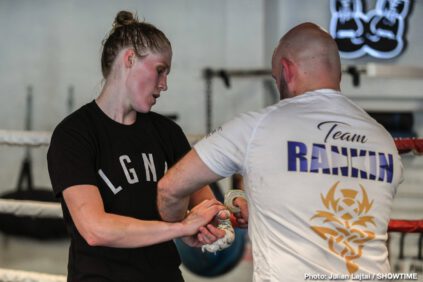 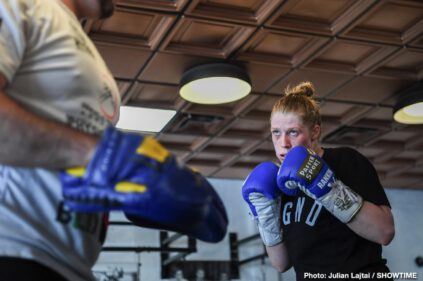 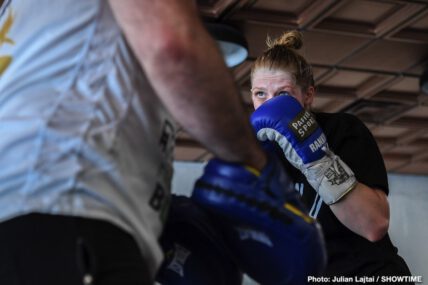 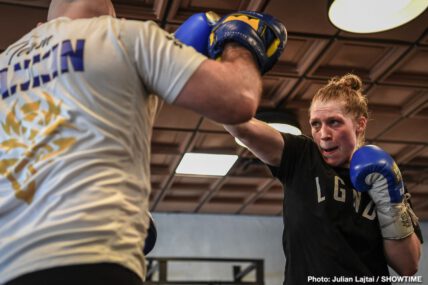 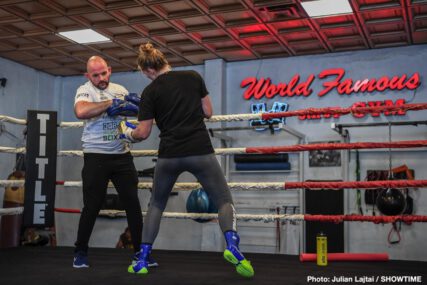 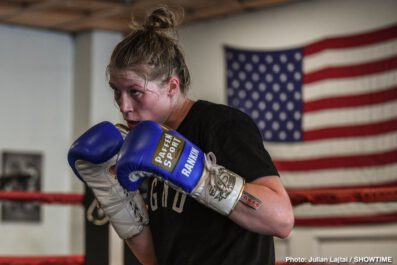 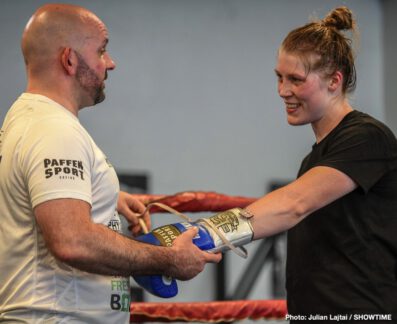 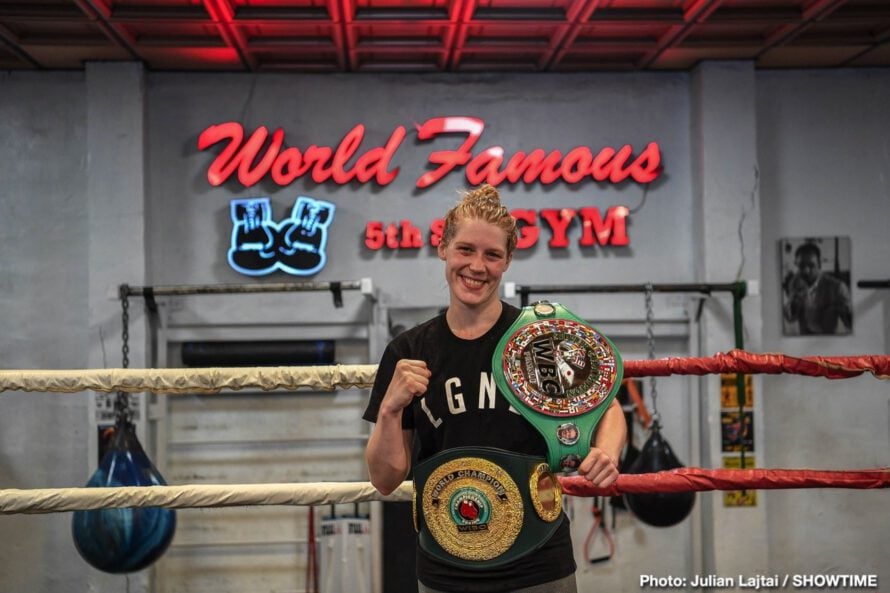 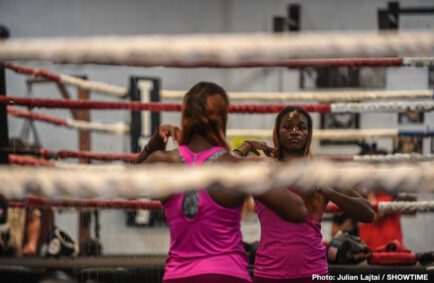 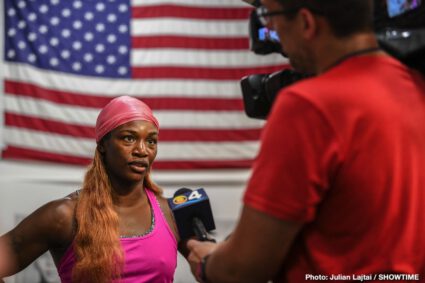 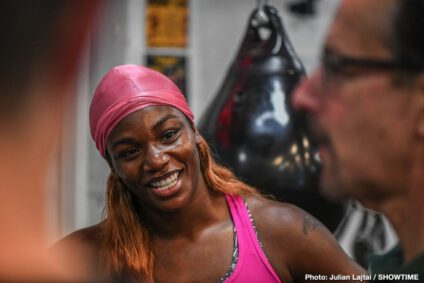 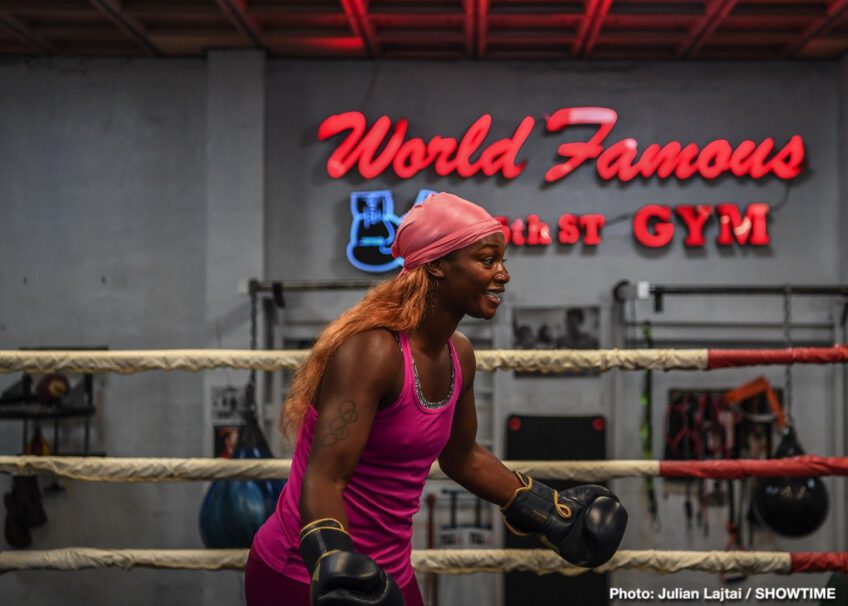 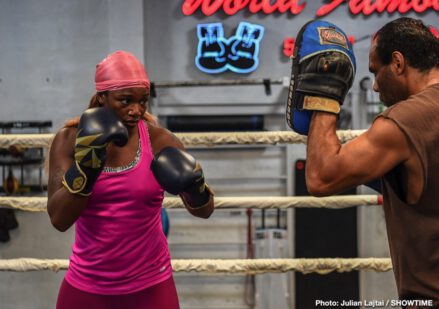 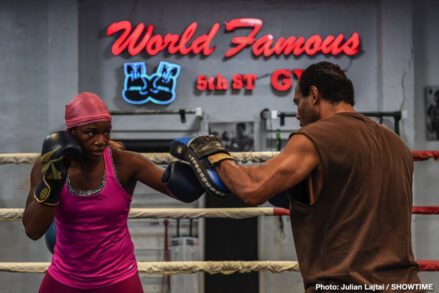 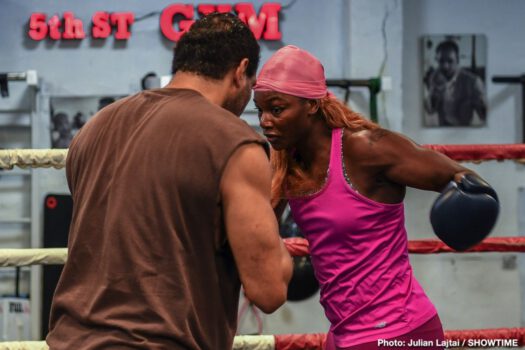 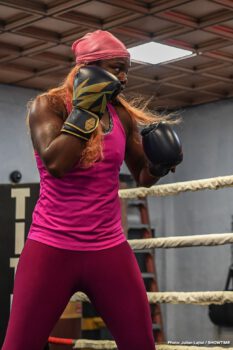 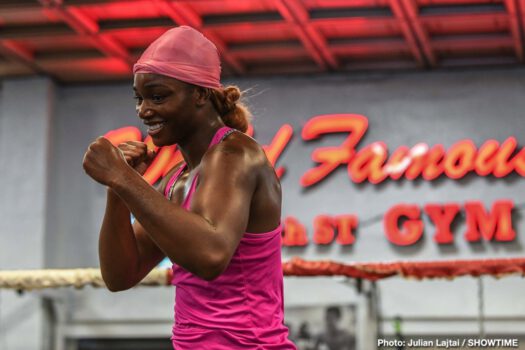 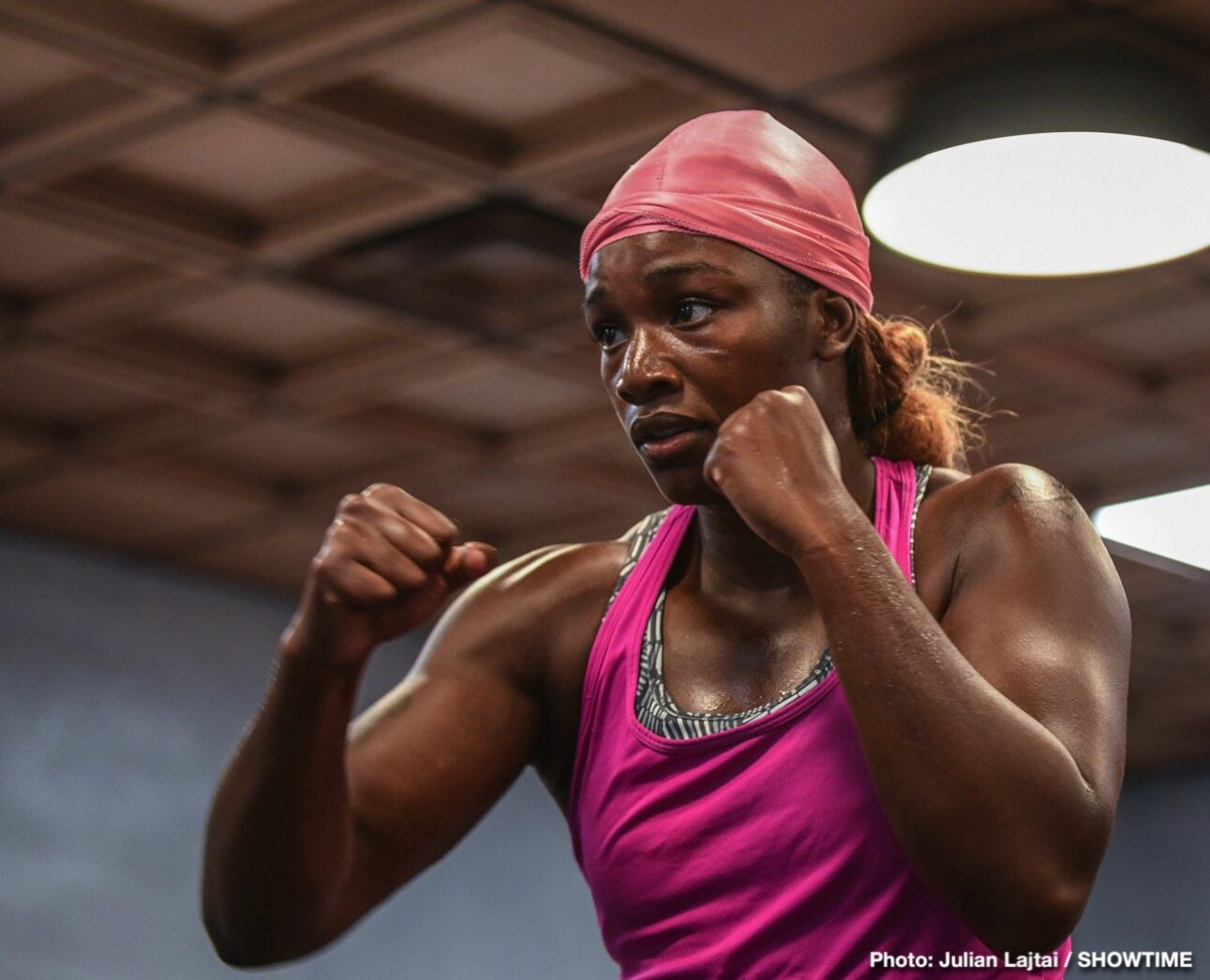