Gennady Golovkin’s new trainer Johnathon Banks says he can help him score a knockout over Saul Canelo Alvarez when the two eventually face each other in a trilogy match. Right now, Canelo is stone-walling Golovkin by putting off the fight, and saying that he’s not taking the same kind of challenges with his career that he is. Canelo recently beat Rocking Fielding and Daniel Jacobs. Golovkin already beat Jacobs, and Fielding was considered considered the weakest of champions at 168 by some fans.

GGG has a fight coming up against Sergiy Derevyanchenko (13-1, 10 KOs) on October 5 for the vacant IBF middleweight title. If Golovkin wins that fight, he’d like to face Canelo. DAZN would like to see that fight too obviously.

As of now, Canelo Alvarez (52-1-2, 35 KOs) has decided to freeze Golovkin (39-1-1, 35 KOs) out by turning down a third fight with him, and instead facing WBO light heavyweight champion Sergey Kovalev on November 2. However, given that Canelo will still have 8 fights remaining on his contract with DAZN after that, he’s bound to face GGG before the contract is up. It would look really bad if Canelo thumbed his nose at DAZN by choosing not to face Golovkin in the remaining fights with his contract

“I think I can help him knock him out. That’s the goal,” said trainer Banks to Behind The Gloves about helping Golovkin knockout Saul Canelo Alvarez in the trilogy fight. “I think under my guidance, he would knock him out. That would be the ultimate goal. I’m never in the corner looking for a one-punch knockout.

I’m looking for my fighters to let their hands go, and we go get the knockout by letting our hands go, and let the opponent run into a punch. Instead of just hoping with our fingers crossed and the stars are in line that we catch them with one good punch. We don’t work for just one shot. We work for multiple shots, and anyone of them can hurt you and get you out of there. That’s what we’re working for,” said Banks.

Banks wants Golovkin to throw more punches, and use combinations more than he did in the past. In Golovkin’s two fights with Canelo, he threw mostly one punch at a time during the first 9 rounds of both fights. When Golovkin threw combinations in the later rounds, he got the better of Canelo. It obviously helped that Canelo gassed out in the second half of both fights.

In the final moments of the 12th round of the first fight, Golovkin unloaded a series of shots that had Canelo looking ragged and unstable. In looking at that one sequence, Golovkin showed the blueprint on how to beat Canelo, But what was interesting is Golovkin and former trainer Abel Sanchez failed to build on that by using sustained combinations against Canelo in the rematch. It was as if they didn’t learn from the first fight. Banks has the right idea for Golovkin to beat Canelo.

If Canelo is smart, he’ll fight Golovkin before he has Banks’ new style fully ingrained. Once GGG is fully dialed in to how Banks wants him to fight, Canelo could be in trouble, because his cardio is poor. Canelo has never been able to fight at a fast past. He needs rest breaks for him to do well.

Golovkin hasn’t spoken to Banks about moving to 168

“We never had that conversation. I always leave that up to the fighter,” said Banks about whether he’s ever asked Golovkin to move up to super middleweight. “Once a fighter makes up his mind what to do, there’s really not much you can do to stop him. That’s why I wait for them to say something to me.

If they were big money stars, then yeah, it would be worth it potentially for Golovkin to move up to super middleweight to fight them. None of them are stars, and it’s pointless for Golovkin to move into a weight class that isn’t ideal for his size. Callum Smith should arguably be fighting at light heavyweight. It’s understandable why he stays at 168 though. If he moved up to 175, he’d have to fight guys like Artur Beterbiev and Dmitry Bivol. Those guys would be bad news for Callum. Canelo obviously isn’t messing with either of them, which tells you all you need to know about good they are.

“That’s nonsense. He’s making the weight easily. He entered camp at 168 or something, 167,” said Banks about Golovkin having an easy time making middleweight limit. “This is his lifestyle. He’s steadily working out. I don’t see the difficulty of him making weight, but I also don’t see the difficulty of him moving up if that’s what he wants to do. I’m not going to talk about any yay or nay. If that’s what he comes to me about what he wants to do, if his mind is made up, I ride with him,” said Banks.

Golovkin has looked drained for his recent weigh-ins, but that could be because he was working really hard during his training camps with former trainer Abel Sanchez. GGG doesn’t look like that now. There have been rumors that Sanchez overdid it with the way he trained Golovkin by working him so hard that he wasn’t at full strength for his fights. In looking at how fresh faced Golovkin looked for his news conference this week, it was night and day. He never looked like that when he was with Sanchez in the weeks before his fights. Golovkin looked haggard with circles under his eyes, and completely depleted. That wasn’t because of weight. He looked like he’d run gauntlet.

“The statement, ‘you can’t teach an old dog new tricks,’ that’s because the older the dog gets the more his brain stops working,” said Banks. “With GGG, obviously not being a dog, he’s getting older, but his brain is steadily working. He’s steadily focusing, and steadily wants to grow, and he steadily wants to develop.

“So that right there makes my job a little easier, because he wants something different. He wants to grow. He really wants to improve. So what I got to do is implement the things that I was taught, and the things that I see in him, and basically bring it out,” said Banks.

Golovkin is definitely learning with his new trainer Banks. He’s going from being a fighter that throws one punch at a time to a guy that throws combinations. That’s a huge difference from how he used to fight when he was a one punch at a time fighter. Canelo thrives one facing fighters that throw one shot at a time. The fact that Golovkin still did well enough to deserve to win both fights is more of a product of how good he is. If Banks had trained Golovkin for both fights with Canelo, there’s a good chance he would have beaten him twice. Of course, Canelo probably would have never fought GGG a second time if he lost the first fight. The only reason Golovkin got a rematch is because the first fight was cored a draw.

“Take the fight to him, and you be just as busy as him or busier, and you set him up for a knockout,” said Banks when asked how Golovkin can beat Derevyanchenko. “It’s no secret that this kid comes forward looking to fight, and he traded with Danny Jacobs. I don’t think he wants to trade with GGG, but if he wants to I’m sure GGG will much oblige that,” said Banks.

Golovkin has to put pressure on the 33-year-old Derevyanchenko for him to win the fight. Derevyanchenko will steal rounds by fighting in bursts like he did against Tureano Johnson and Daniel Jacobs. That’s how Derevyanchenko fights. He likes to box behind his jab for most of the rounds, and then use short bursts of activity to impress the judges. If Golovkin doesn’t attack Derevyanchenko he could wind up losing a decision to him. It would be Golovkin’s own fault if that happens, because it’s clear what Derevyanchenko’s game plan will be against him. He’s not going to stand and trade with GGG for 12 rounds, because he’s not powerful enough to do that.

“Although Canelo is smaller, and his opponent is bigger, but not that much bigger, it’s almost the equivalent of Roy Jones and John Ruiz,” said Banks when asked his thoughts on the Canelo vs. Sergey Kovalev fight. “Roy was too fast to get caught by John Ruiz. That was the bottom line.

“I think it would be the same with Canelo-Kovalev. Either two things will happen in that fight: Either Canelo will slow down, and let Kovalev catch him and hurt him or Canelo will stop him with body shots. It’ll be one or the two,” said Banks.

What Sergey Kovalev has going for him is he’s trained by Buddy McGirt. He’s going to break down Canelo’s past fights, and come up with a good game plan to keep him from dominating. Canelo didn’t look great in his last fight against Danny Jacobs. He would have lost that fight if Jacobs had made an effort to fight hard in the first six rounds.

GGG has good chance of beating Canelo in trilogy fight

If Golovkin comes out throwing combinations, and keeps pressure on Canelo the entire fight, he’ll likely knock him out. He learned that he can’t beat Canelo by staying on the outside and jabbing him. That doesn’t work. It worked for Floyd Mayweather Jr., but not for Golovkin, Erislandy Lara or Austin Trout. The way for Golovkin to beat Canelo in Las Vegas is to take the judges out of play, and knock him out by throwing combinations, and not letting him get his rest breaks, which he needs. Canelo is a lot like Derevyanchenko with the way he fights in short bursts, and then retreats to the outside to catch his breath. Derevyanchenko will be good practice for Golovkin to get ready for a third fight with Canelo. Even if it never happens, Golovkin can use the fight to improve his game to defeat the other top middleweights Demetrius Andrade and Jermall Charlo. 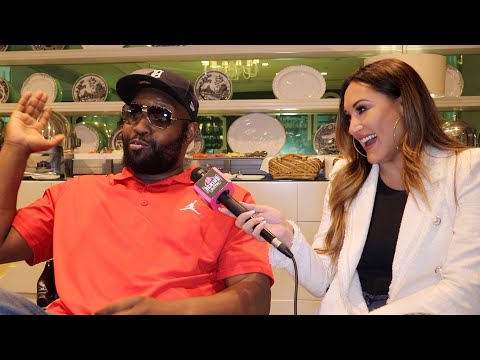