Promoter Kalle Sauerland says they’re going to wait a “few weeks” before deciding whether Chris Eubank Jr will activate. his rematch clause to force a second fight against Liam Smith.

It’s a decision they’re collectively going to make before they opt to face Smith (33-3-1, 20 KOs) again or not.

The boxing world recommends that Eubank Jr forget about fighting Smith again because he’s not strong at 160, and his punch resistance isn’t what it needs to be for him to win the rematch.

Eubank Jr no longer has great options after this loss, which may force him to take the rematch with Liam. Before losing to Smith, Eubank Jr had hoped to fight Conor Benn and Gennadiy Golovkin in 2023. Unfortunately for Eubank, those fights are now off the table.

Ideally, Eubank Jr, 33, needs to return to the super middleweight division where he won’t be as fragile in the chin department, but it’s questionable whether, at his age, he can compete against the top fighters.

“We obviously have that rematch clause, but we’ll let the dust settle,” Kalle Sauerland said to Sky Sports about whether Chris Eubank Jr will take the rematch with Liam Smith or not.

“We’ve got a few weeks to activate that. We’ll take an internal discussion, see what the best way forward is for Jr and go from there.

“For sure, that score obviously needs to be settled, but take nothing away from Beefy, it was a fantastic victory for him, and congratulations to him and the whole Smith family,” said Sauerland.

“It’s still a big fight if they fight again, but I don’t know. The next days and weeks, we’ll see if he does,” said Gareth A. Davies to iFL TV about whether Eubank Jr takes the rematch with Smith.

“I think the Conor Benn fight is out the window and Billy Joe Saunders. That Gennadiy Golovkin fight is gone. His reputation is in tatters right now. He set himself up as a guy that has big fights. He’s a name, and that was a crushing defeat.

“Stumbling around the ring, still trying to fight, out on his feet. Liam was prepared to still fight. No, you can’t see a route against who,” said Gareth about Eubank Jr. 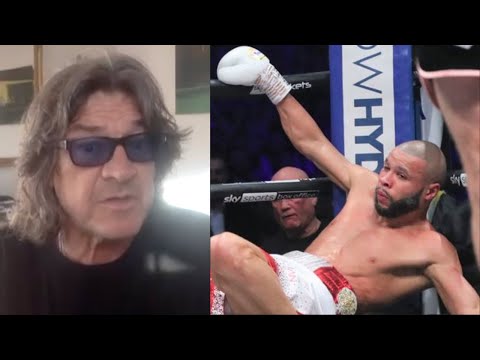 “I wonder whether Chris was wise to make that weight cut for Conor Benn. One punch can change everything, and Smith smelt blood and went for the finish. He was destructive and vicious,” said Gareth.