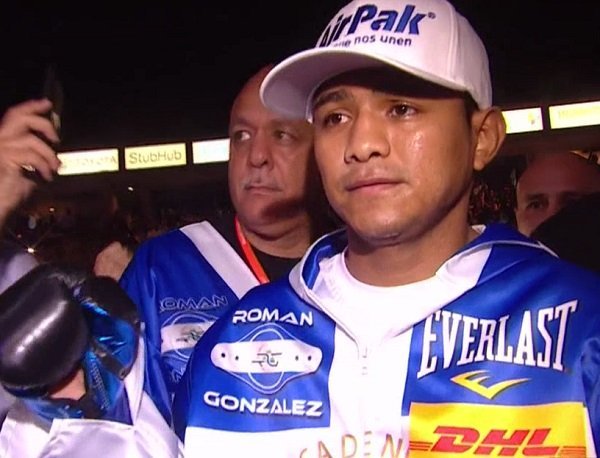 Is the career, or the high level career, of one-time Pound-for-Pound king Roman “Chocolatito” Gonzalez over? This is what many people are firmly suggesting is the case, due to the quite nasty fourth-round KO the Nicaraguan star suffered at the hands of Thai beast Srisaket Sor Rungvisia on Saturday night in Carson.

And maybe the now 46-2 former champ will indeed take one big look inside and wonder if it’s worth keeping on carrying on. Certainly no-one would hold it against Gonzalez if he did call it a, great, career.

But over the years in the great sport of boxing a number of superb fighting men were somehow able to overcome a similar kind of brutal, seemingly career-finishing destruction the kind Gonzalez suffered on September 9.

Here is a look at some of the most resilient, mentally-tough fighters who were, quite astonishingly, able to return and rule the world all over again after being savagely knocked out.

Some champions who were KO’d but came back to rule again:

“Hands of Stone” was left, as one great boxing writer put it, “looking like 154 pounds of pancake batter,” on the floor after Thomas Hearns had unleashed his hellish right hand on him in 1984. It looked for all the world as though the Panamanian had fought his last word title fight, yet he refused to give in and, some five years later, he beat the seriously tough Iran Barkley to win the super-middleweight crown. Truly awe-inspiring stuff.

Pac Man, in his fourth and final fight with arch-rival Juan Manuel Marquez, was face-planted in as disturbing a manner as the Duran KO; maybe even more disturbingly. Yet here too a great fighter punched away any suggestions of retirement; Manny coming back to rule again as welterweight champ. Pacquiao may have lost his last fight, to Jeff Horn, but he is still punching – something many people wouldn’t have thought would happen after the 2012 loss to “Dinamita.”

Hearns, one of the most punishing punchers in welterweight/light-middleweight/middleweight history, suffered a nasty, out of the blue KO in 1988. When defending his 160 pound crown against massive outsider Iran Barkley, “The Hitman,” after laying a severe beating on “The Blade,” got tagged with one thunderous shot to the head. The fight was all over and so too, the experts said, was Tommy’s career. Instead, the Detroit legend carried on and captured a further world title – up at light-heavyweight!

Lewis, an established WBC heavyweight ruler, was shocked, stunned and wholly embarrassed by Oliver McCall in what was generally thought to be a pretty standard title defence in 1994. Smashed by a shot he never saw coming in the second-round, Lewis was stopped whilst on his feet (and wobbling). The British press had a field day, saying Lewis had been overrated all along. Not listening, Lennox came back to prove himself as an all-time great heavyweight. And he did it whilst stealing his conqueror’s trainer!

On paper, Mexican legend Barrera was not KO’d by “Poison” Junior Jones in late 1996; he was disqualified due to his corner entering the ring just before the end of the fifth-round had ended – the same round that saw “The Baby Faced Assassin” go down twice. But it was a humbling defeat nonetheless. But Barrera, one of the finest fighters his great country has ever produced, came back to define himself with a number of title fight wins and victories over great fighters.

Now, can Gonzalez bounce back and rule the world once again?