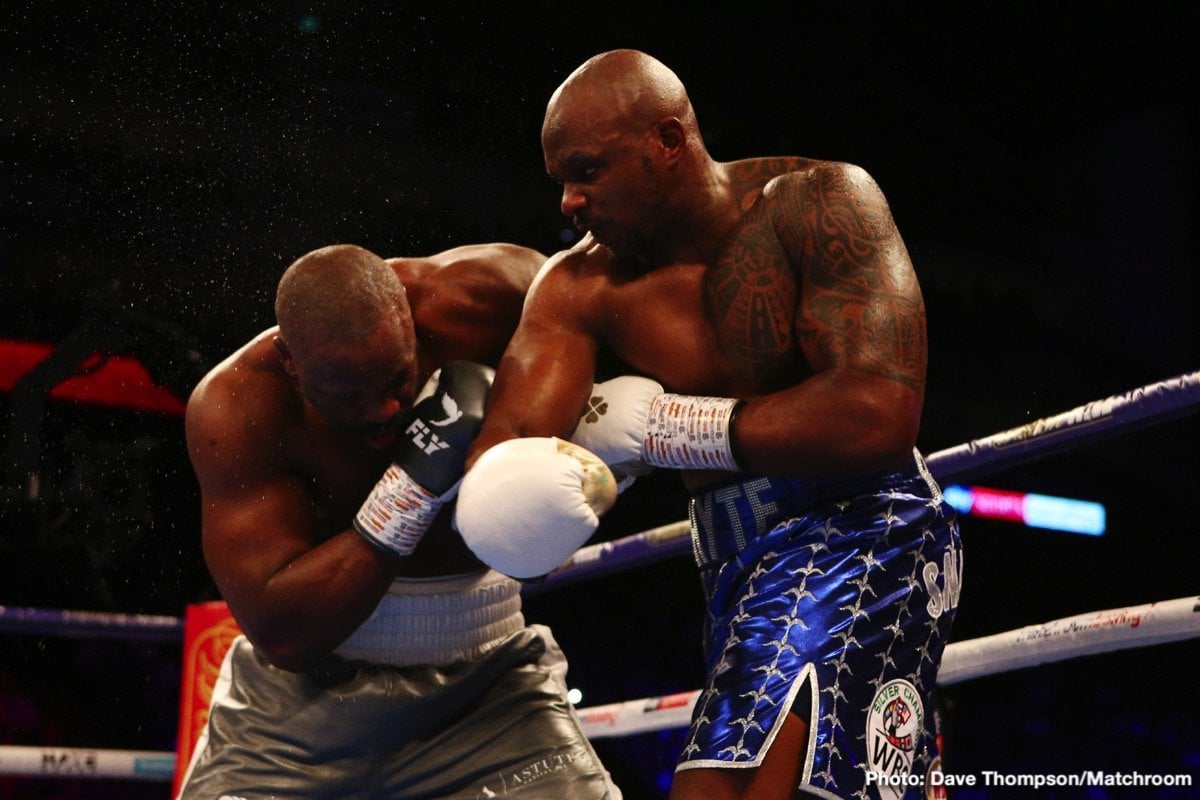 British heavyweights Dillian Whyte and Dereck Chisora went to war in thrilling fights twice, and though Whyte won both bouts, the second by brutal KO, Chisora wants a third go at his countryman.

Speaking with Sky Sports, Chisora has said he has been offered a private jet to go to Russia to spar with Alexander Povetkin. Chisora says he will gladly help Povetkin in his preparations for the fight with Whyte and that he doesn’t care what Whyte thinks about it.

Chisora says a third fight between him and Whyte “is going to happen.” Whyte responded by saying that if Chisora gets the win in his next fight, against Oleksandr Usyk, and if a belt is on the line in the fight, he would undoubtedly fight Chisora a third time – “if he wants to be brutally knocked out again I’ll make some easy money,” Whyte said. 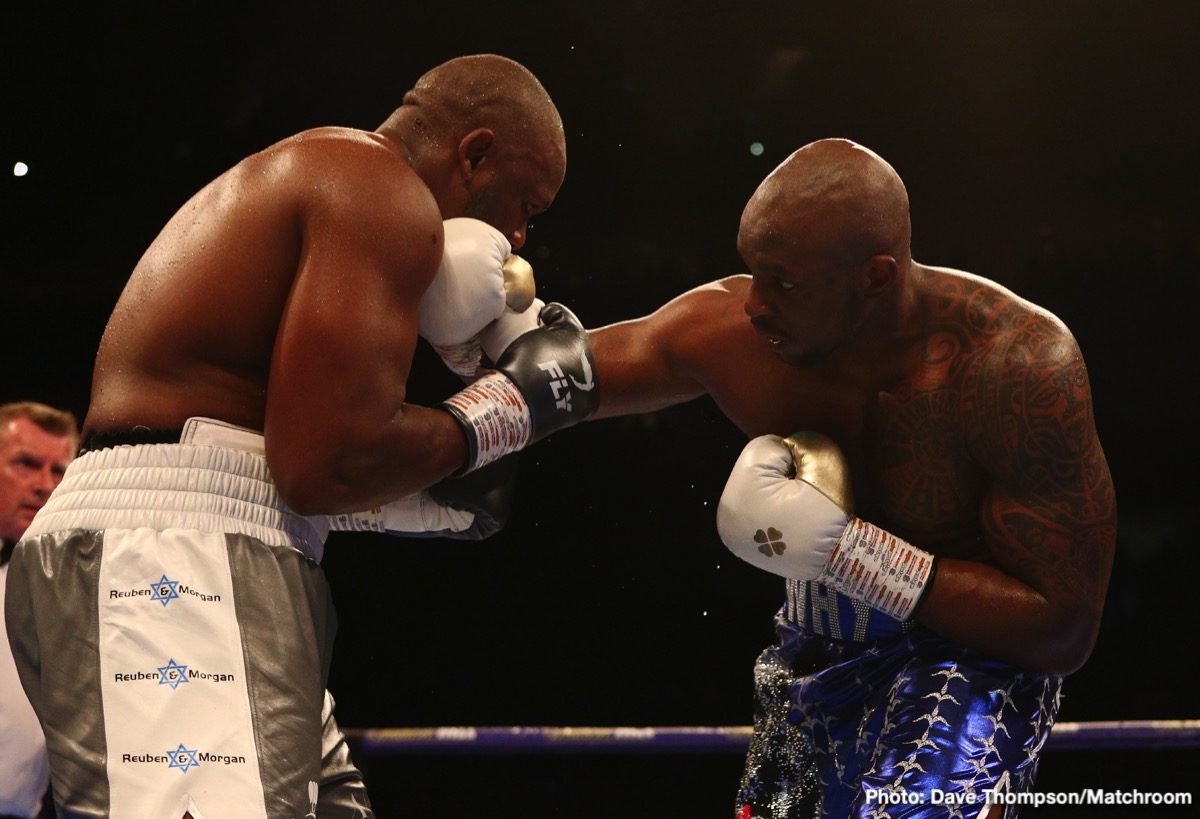 “I’ve already said to Povetkin that, if he needs me, I’ll come and help him. I’ll fly to Russia,” Chisora told Sky Sports’ The Boxing Show. “He said that he’d get me a private jet to come. Povetkin is my boy.”

It didn’t take Whyte too long to respond.

“It’s Dereck being Dereck,” he said. “He’s good at talking his way into an ass-whooping. The first time he said it was close. The second time I cleaned his clock. The knockout I gave him was one of the worst you will see in boxing.

“I ain’t got no beef with Dereck. I’m cool with the guy, but clearly, he has a vendetta. Dereck is a stepping stone, and I’ve stepped over him twice already. If he beats Usyk and there’s a belt on the line, I’ll gladly take the belt off him.”

It does seem these two men are heading in different directions – Chisora into the Usyk fight and Whyte into the Povetkin fight, and then, he hopes (and deserves) a world title shot. But as Whyte says, if Chisora beats Usyk, with perhaps a vacant belt on the line, then a third fight could happen. Indeed fights one and two between Whyte and Chisora were great action-packed battles. A third installment would sell for sure. 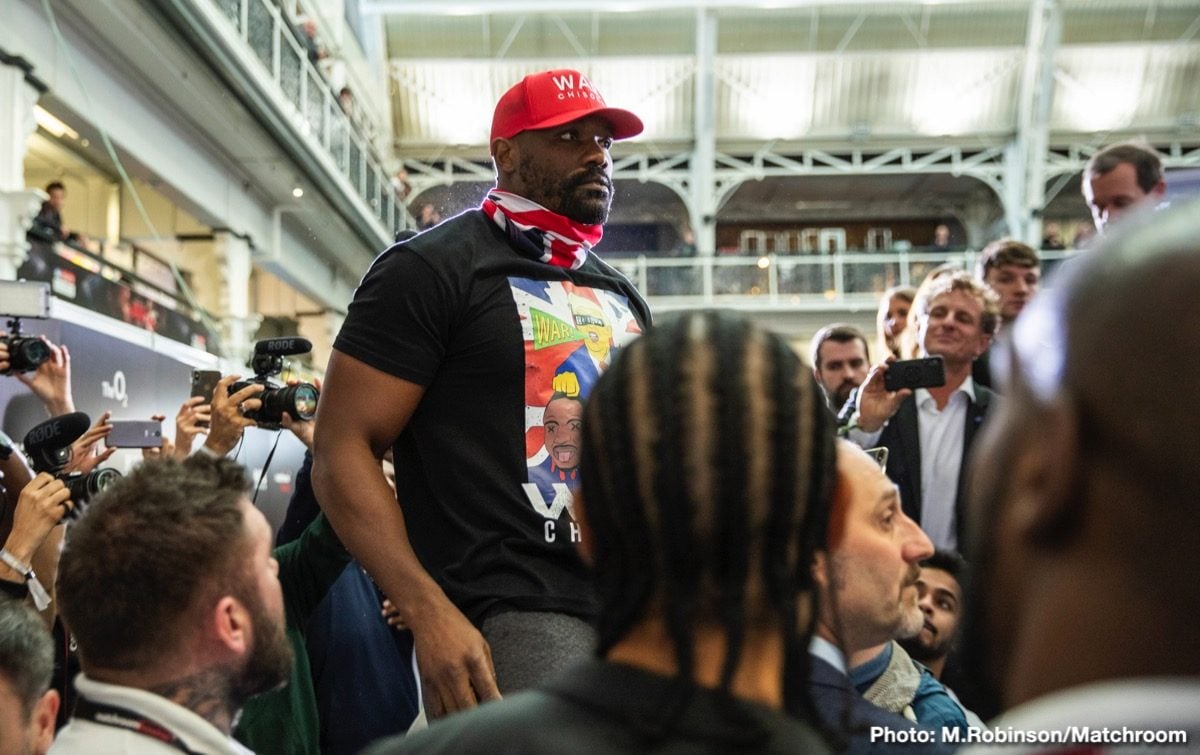 Though Whyte is 2-0 over Chisora, with one of the two wins coming via KO, the truth is these two were so evenly matched that the outcome could so easily have been different. But how much has Chisora got left now, a year-and-a-half after the second fight, and three-and-a-half years after the first grueling war?

It’s likely that Whyte will move onto bigger things if he beats Povetkin. Chisora could get the win over Usyk, but in the opinion of most fans, he faces a stiffer test in his next fight than does Whyte.