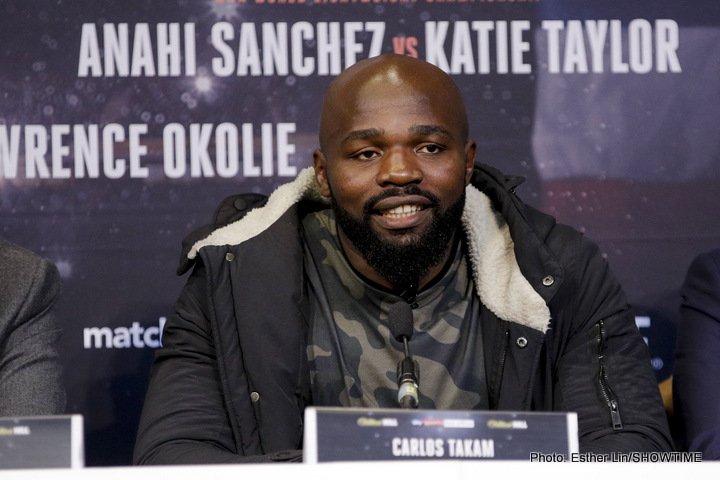 Fans will get a triple-bill of heavyweight fights on Saturday night’s big card at The O2 in London that is of course topped by the Dillian Whyte-Dereck Chisora return. David Price will fight Tom Little in what is very much a must-win bout for Price, while Frenchman Carlos Takam will face German puncher Senad Gashi.

Fans may be aware of Gashi, 17-1(17) – and not due to the best of reasons. It was back in April of this year when Gashi, then 16-0, met fellow German Tom Schwarz, also unbeaten, in a fight for the Germany BDB title. And all hell broke loose during the quite bizarre fight. In round-six, Gashi was thrown out for repeated head-butts. As the fight was stopped and the 28 year old was disqualified, Gashi squared up to Schwarz and the two resumed fighting, this prompting an all-out brawl in the ring. 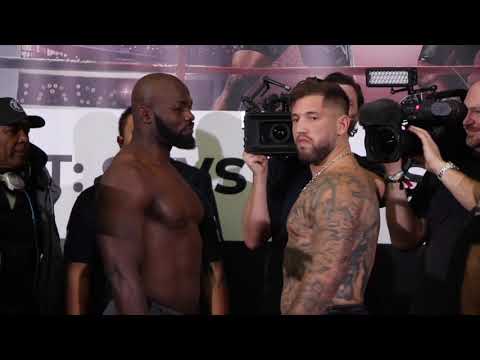 Since then, Gashi has fought once, winning via KO over Ruben Angel Mino just 19-days ago on December 1st. Who knows what we could be in store for on Saturday night. Takam, 35-5-1(27) is easily the most accomplished and experienced opponent yet for Gashi, and Takam is often involved in good action fights. Last seen losing two heroic efforts in the UK, to Anthony Joshua and then Chisora, Takam, now aged 38, will of course be hoping to pick up a win the day after tomorrow. He may well do so, but Gashi is a puncher, and he showed in the Schwarz fight that he can be an unpredictable and dangerous proposition.

Takam should get the win, but it could be lively, with the fight providing us fans with some fireworks before it’s over. Let’s just hope we don’t get any of the craziness that was witnessed in the ring in Germany that night in April!

All in all, it promises to be quite a night of heavyweight action on Saturday. Both Whyte and Chisora seem to be in fantastic shape and are ready for WAR. While the supporting bouts could prove tasty also. I wonder how many KO’s we will see on December 22?