Canelo Alvarez’s trainer Eddy Reynoso is planning for after the superstar’s next fight against IBF 168-lb title holder Caleb Plant on September 11th.

If everything goes smooth for Alvarez against Plant (21-0, 12 KOs), Reynoso has him ready to run the gauntlet against these fighters in this order:

Spence and Jermall would both need to go up to 168 to fight Canelo because he’s not going to melt down to 147 and 160 to make those fights happen.

Spence would likely have no complaints about going up to 168, but Jermall is a different story. Someone seems to have planted an idea into his head that he’s the A-side for a fight with Canelo or anybody.

The one that Reynoso is the most eager to match Canelo with right away is WBC middleweight champion Charlo (32-0, 22 KOs), who looked utterly beatable in his recent title defense against Juan Macias Montiel on June 19th.

Charlo won the fight, but Montiel repeatedly hurt him, who showed that he couldn’t handle getting hit to the body.

Montiel’s body shots in the second half of the contest took the steam out of Charlo’s punches, causing his legs to weaken, making him look rubbery.

Although Benavidez isn’t a world title at the moment, he’s considered by many to be the #1 fighter in the division.

The guys that Canelo has been beating lately at super middleweight are nowhere near as good as Benavidez.

Reynoso obviously doesn’t want Canelo to walk the plank so soon to face Benavidez because he’s got some easy matches he wants him to get out of the way first.

“We’re ready. Let’s negotiate. We’re ready to fight Charlo with whoever. I think it would be a great and interesting fight,” Reynoso told Little Giant Boxing.

“More than anything is to begin negotiations with Plant’s people, with his promoter, and come to an agreement,” said Reynoso.

“An important fight and then see what’s next. I like the Charlo fight, [Errol] Spence if he moves up [from 147], [David] Benavidez also.”

It’s unclear what happened with Canelo moving up to 175 to take on IBF/WBC champion Artur Beterbeiv and WBA champ Dimitry Bivol.

Promoter Eddie Hearn recently said that Canelo told him that he wants to go up to 175 to take on Beterbiev and Bivol for their titles after becoming undisputed champion in September at 168.

Did Canelo change his mind about going up to 175, or is this a case of Reynoso steering him towards safer waters.

The 175-lb division is teeming with sharks like Beterbiev, Bivol, Joe Smith Jr., and Joshua Buatsi. If Canelo goes up there, he could get torn apart by one or all of those fighters. 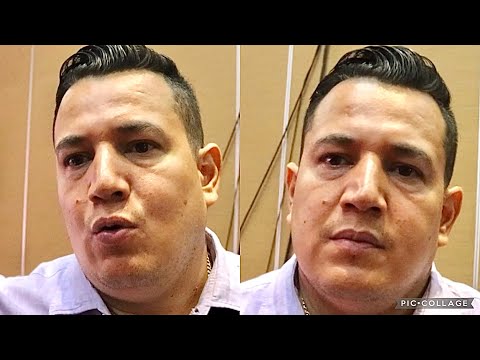