It’s funny sometimes how boxing works. Last night, Canelo Alvarez scored a clear win over Gennady Golovin to end their rivalry (it was way closer on two of the three score cards than it should have been) and the result left the future of the older man in GGG in some doubt. Yet it could be that Golovkin fights again before Canelo does. Speaking with the media after his unanimous decision victory, 32 year old Canelo said he needs wrist surgery and that he is going to take his time before returning to the ring – maybe as much as 12 months’ time.

Canelo said he has had problems with his left wrist since his win over Caleb Plant last November, and that he has been putting off surgery. 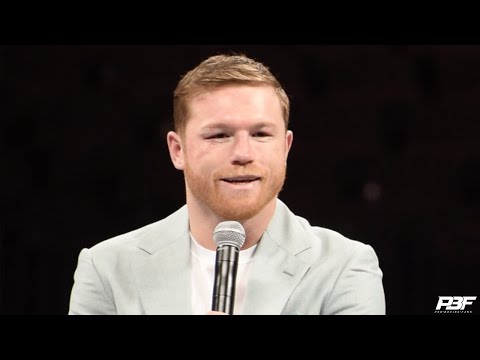 “It hurts everywhere. Everywhere,” Canelo said. “I have had the [wrist] issue since the Caleb Plant fight. I was like: ‘It’s okay, later, later.’ Then it started really bad. I need surgery. It was really bad during the fight. It is not broken, it is a meniscus [injury], a wrist injury. But it is not broken.”

Canelo’s doctor spoke of the amount of rehabilitation time Canelo will need if he does indeed have surgery on his wrist.

“Saul has a TFCC tear Triangular (Fibrocartilage Complex Tear) which is a piece of cartilage in the wrist which affects the body’s ability to mobilise that joint without feeling impingement and sharp pain,” the doctor said. “If he has surgery, depending on what the surgeon decides, probably 6-to-8-to-12 weeks, depending on the rehabilitation if it’s successful.”

Canelo said he will not fight before May at the earliest, adding how it could be next September before he returns to the ring. “I’m going to take my time, my body needs it,” he said.

Canelo fought three times last year, and he has boxed twice this year; with him going a combined 24 tough rounds in his fights with Dmitry Bivol and Golovkin. Certainly, Canelo, 58-2-2(39) is more than entitled to a good rest. But the best fighter in the world (or one of them) is always in demand, and fans wants to see Canelo back in action as soon as possible. Will it be that return with Bivol when Canelo does box again, and if so, could the rematch take place a full year from now?