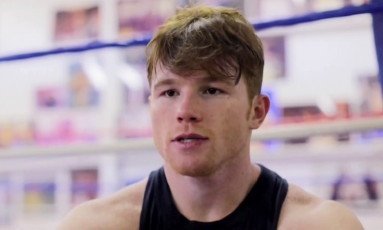 With no one for him to fight that would gain him any respect from the boxing public, Saul “Canelo” Alvarez (43-1-1, 31 KO’s) says that he’s offered WBA junior middleweight champion Erislandy Lara (19-1-2, 12 KO’s) fight for July 12th, but here’s the kicker: Lara will only have two months in between his May 2nd title defense and the July 12th fight to get ready.

So in other words, if Lara is going to have very little time to get ready for the 23-old Canelo, and if he suffers so much as a scratch in the Ishe Smith fight, then his title defense against Canelo will go down the drain.

Canelo said on his twitter: “My next fight will be on July 12 at the MGM in Vegas Nevada. We have several options as rival, and one of them is the first and Lara. I was offered and accepted and we just need to stop much talk.”

I hate to say it, but I see this as little more than posturing on Canelo’s part. He obviously knows that Lara is the best available junior middleweight, and he also knows that he’s going to look really bad if he chooses someone else to fight instead of him for his next fight on July 12th.

So what better way to get the heat off of him then to offer him a fight that he likely won’t be able to make due to it being just 2 months after the Smith fight. Heck, even if Lara can take the fight, he’s only going to have 2 months to get ready for it. Lara will be still licking his wounds from his fight against Smith, and will be expected to get back in the gym immediately to start sparring with 170+ pound middleweights to get ready for the hulking Canelo. It doesn’t seem all that fair to me.

Canelo weighed 175lbs for his last fight against Alfredo Angulo last month, and it turned out to be a huge mismatch with Canelo stopping him in the 10th round. Up until that fight, Angulo had always been a big puncher, but for some reason he lost all of his power and looked to be no stronger than a featherweight in terms of punching power. They said he had problems making weight, but then again so did Canelo and he didn’t lose his power.