According to promoter Eddie Hearn, Canelo Alvarez is being asked to ink a three-fight deal with FOX for him to get a fight with Caleb Plant on September 18th.

It’s not looking good for the 28-year-old Plant, who Hearn feels is being used as a “pawn” by his management to get Canelo to sign a multi-fight deal. Not surprisingly, Hearn says Canelo is NOT going to agree to the deal.

If Plant and his management don’t decide on the one-fight deal, they’ll be moving on after this week to face potentially one of the two 175-lb champions, Artur Beterbiev or Dimitry Bivol, next.

He states that Plant’s management is attempting to use Canelo’s interest in fighting for the IBF 168-lb title as a way of getting him to sign a three-fight deal with their network.

Hearn and Canelo are interested in just a one-off fight with Plant (21-0, 12 KOs) for the undisputed super middleweight championship.

If the fight ends up on FOX rather than DAZN, so be it. Canelo (56-1-2, 38 KOs) wants to beat Plant to take his IBF title and add it to his collection of titles in the weight class. 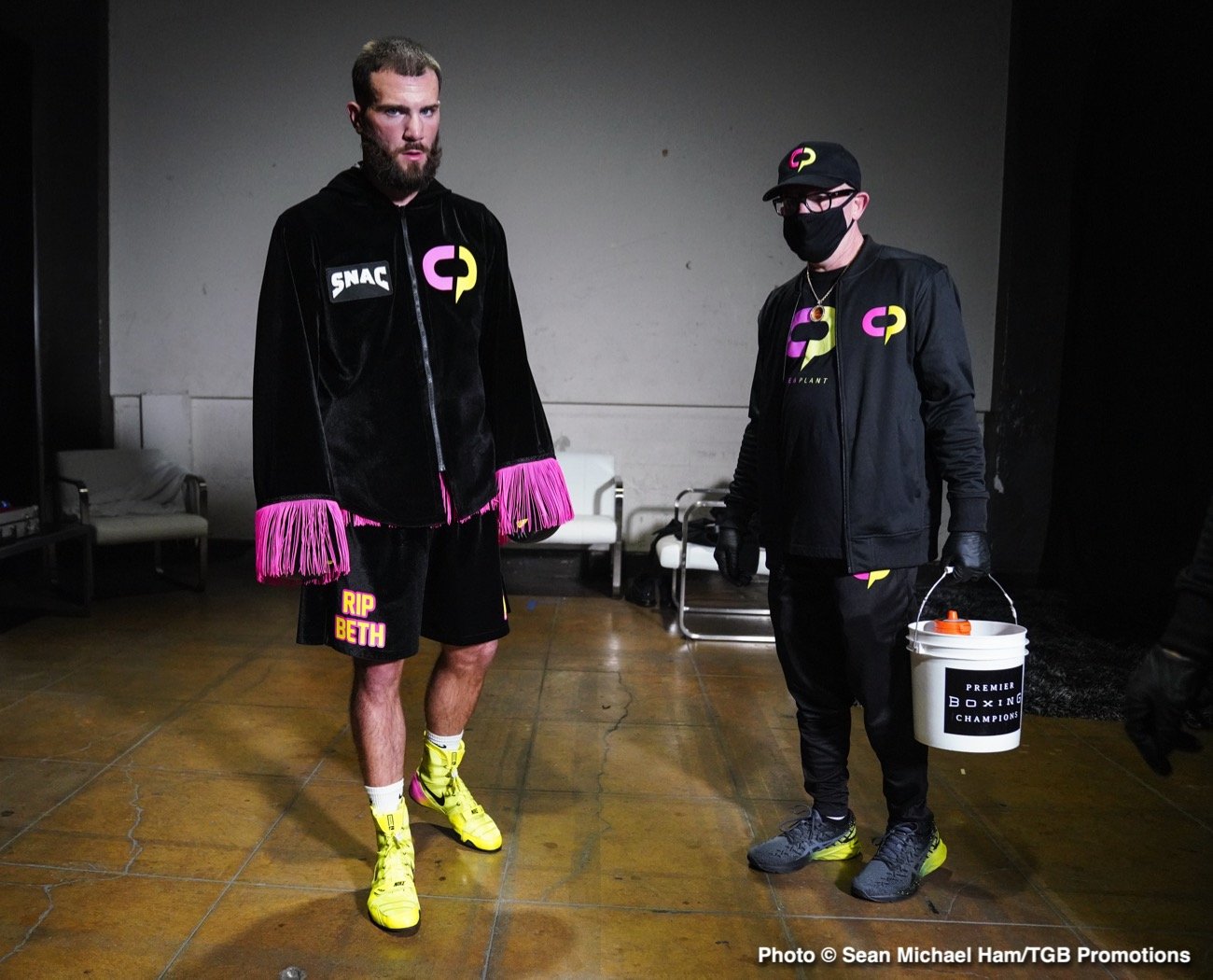 A victory for Canelo would make him the undisputed four-belt champion at 168, an honor that he values greatly.

Canelo sees it as a great honor to become the unified champion, but the boxing public is not wrapped up in this nearly as much.

Fans no longer value all the trinket titles, as there are too many mediocre beat-holders, particularly the ones that Canelo has been fighting lately.

Caleb Plant fits in quite nicely with that motley group of weak belt-holders at 168, which is why the fans won’t lose any sleep if Canelo gives up on his quest to become the undisputed champion.

“[PBC] would prefer to do a three-fight deal, obviously, with Canelo Alvarez,” Hearn said to the DAZN Boxing Show. “This is their opportunity to try and allure him to the network.

“I feel like Caleb Plant shouldn’t be a pawn in this,” Hearn continued. Caleb Plant is a guy that should get the best deal and the best opportunity for this fight, but unfortunately, that’s boxing, but we’ll see where it goes.”

Hearn says Plant and his team need to agree by this week because Canelo will move on after that. Canelo needs to have his next fight locked up right away to stick to the September 18th date.

Eddie says they’ll try and revisit the negotiations with Plant for December if it doesn’t pan out this week.

It would be a real surprise if Canelo fights GGG again, but he’s got a better chance to get the fight than Demetrius Andrade, who recently invaded Alvarez’s post-fight press conference on May 8th to call him out.

Negotiating a fight with IBF/WBC 175-lb champion Artur Beterbiev (16-0, 16 KOs) might not be doable for Matchroom Boxing in a short period of time. 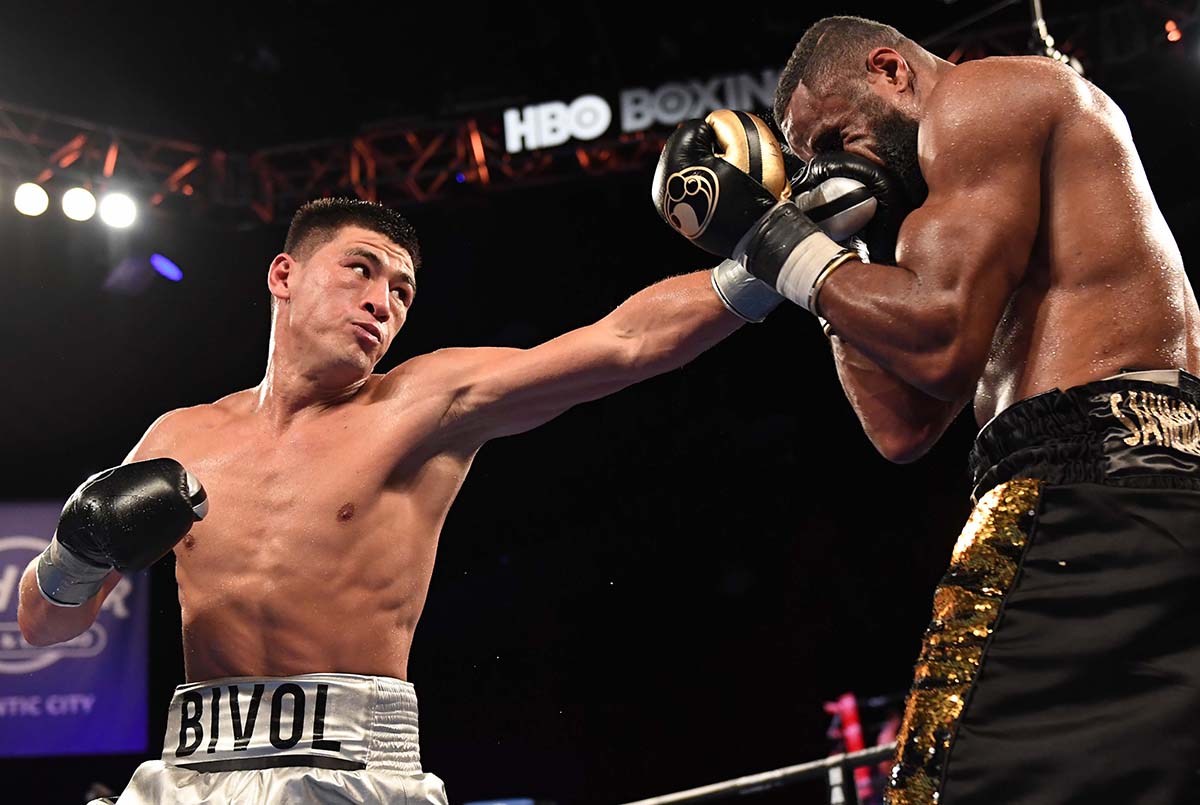 The easier fight to be made for Canelo is against the Matchroom-promoted Bivol (18-0, 11 KOs), but that’s also a very tough fight on paper. Bivol is a stronger, more technical type of fighter than Plant, and it’s one that Canelo would lose.

Even if Canelo beats Bivol, it won’t be easy like it’s been for him with his victories over the low-quality 168-lb champions Saunders, Callum, and Fielding.

The boxing public would prefer to see Canelo fight Bivol, Beterbiev, or David Benavidez over Caleb Plant, who is another Billy Joe Saunders type of weak-punching finesse fighter.

Plant is pretty much on the same level as guys like Vincent Feigenbutz as far as name recognition goes. Literally, the only thing Plant has going for him is his IBF title, which he won against Jose Uzcategui.