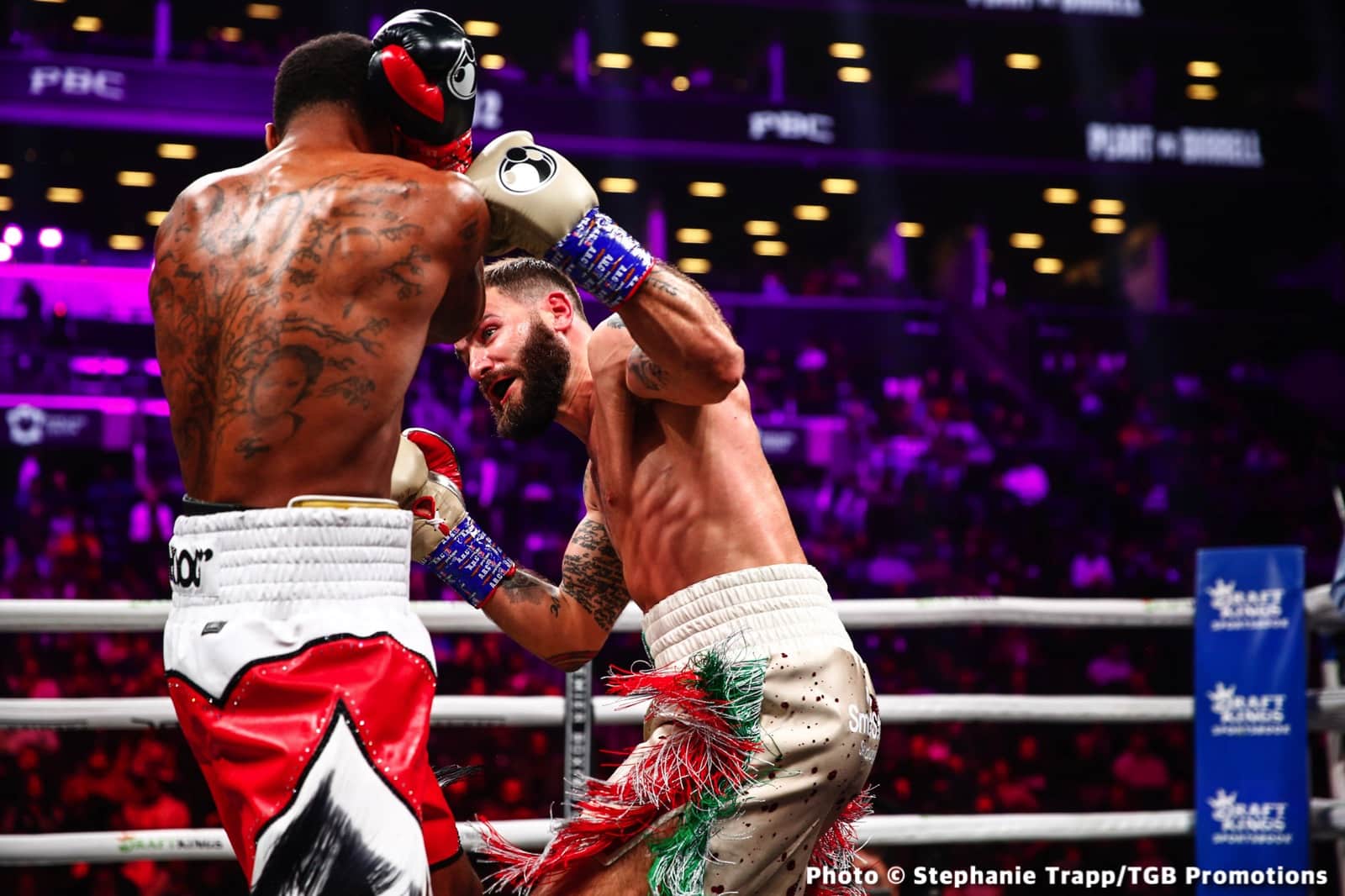 Former super middleweight champions Caleb Plant and David Benavidez will square off on pay-per-view on Showtime on March 25th at the MGM Grand Garden Arena in Las Vegas, Nevada.

No titles will be on the line for this grudge match between Plant (22-1, 13 KOs), nicknamed ‘Sweethands’ due to his technical skills, going up against the dangerous unbeaten former two-time WBC 168-lb champion Benavidez (26-0, 23 KOs) in the headliner.

Plant, 30, and Benavidez have been going back & forth with trash-talking between them for the last two years, and finally, they’re about to settle it in the ring in two months from now.

Hopefully, Plant doesn’t get on his bike, as we saw in his last fight in October against Anthony Dirrell, because that was difficult to watch at times. Plant’s knockout loss to Canelo Alvarez in 2021 made him gun-shy and unwilling to stay in the pocket against Dirrell.

Although Plant did knock the 38-year-old Dirrell out, it was a case of the older fighter not being ready for a perfectly placed shot in the ninth.

Some boxing fans might balk at paying to see two contenders fight with no belt, but if this is the only way to get Benavidez & Plant made, then so be it.

PBC’s decision to place the fight on pay-per-view less than a month away from two more PPV bouts with Errol Spence Jr vs. Keith Thurman & Gervonta ‘Tank’ Davis vs. Ryan Garcia sounds like a recipe for disaster.

The only good thing Plant vs. Benavidez has going for it is that it’s taking place first before the Spence-Thurman & Gervonta-Ryan fights. As such, Plant-Benavidez might do respectable numbers if fans aren’t saving their money for the $75 they’ll pay for each of the April fights.

From Plant’s perspective, he’s tasted the millions from his fight with Canelo Alvarez, so it’s not surprising that his match against the 26-year-old Benavidez is on PPV, considering that it’s a more difficult fight and one in which Caleb could get knocked out at some point unless he’s able to elude the younger fighter with his quick feet all night.

“Former super middleweight titleholders David Benavidez and Caleb Plant will meet in a long-awaited fight on March 25 at the MGM Grand Garden Arena in Las Vegas. The 168-pound bout will be a PBC on Showtime PPV,” said Mike Coppinger to ESPN.