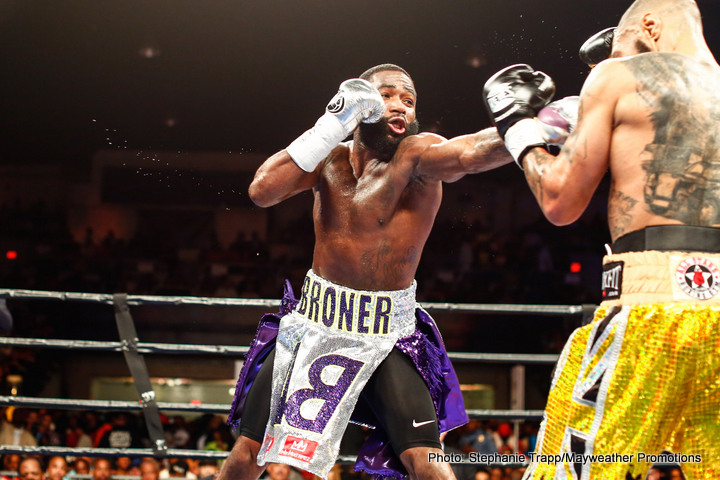 Adrien “Problem” Broner (32-2, 24KO) stopped Ashley Theophane 39-7-1, 11KO) in nine at the D.C. Armory, Wash D.C. No big deal. Everyone expected him to win. It just took a little longer than he predicted. The real story was the current episode of the Problem Child’s soap opera life. Just as television series often do, fans (audiences) were initially left hanging.

Fans wondered about several “what ifs”. What if the Problem gets arrested and incarcerated due to criminal proceedings in Cincinnati, Ohio? Will the Wash. D. C. commission deny Broner a license? If so, will the entire card be scratched? Speaking of scratched, that’s what officials were contemplating when the Problem refused to take off another 4oz to make the junior welterweight limit of 140.

Broner’s dad must not have brushed out all the fairie dust in the Problem’s hair. Apparently, he promised to be a good boy and surrender himself to the authorities after the fight. As far as weight is concerned, he shrugged off the 4 oz, explaining that he no longer wants to fight as a jr. welter. In his mind, it would seem to be no big deal for him to surrender the WPA belt. He wouldn’t be defending it in any case.

Theophane had plenty of courage, and did fire off plenty of shots, both to the head and body of Broner, but he didn’t have the needed power to gain the upper hand. He did manage to nick up Broner a bit, inflicting a couple of small cuts over and under Adrien’s right eye. Those “nicks” didn’t bother Broner, and he continued to walk down Theophane.

The Problem speared hard jabs and straight rights to Ashley’s gut. Then he would clout Ashley about the head, occasionally mixing in a punishing hook or straight right hand. When Theophane would bend in, the Problem would make him regret it by greeting him with stunning uppercuts. Several times he rocked Theophane, but he just couldn’t put him away.

In fact, in the middle rounds Broner backed off, maybe a little arm weary, or just keeping a little energy in reserve since Theophane was proving to be resilient and fairly crafty. Ashley was smart enough to move his head, and grab when needed.

In the ninth round, the Problem landed a particularly hard right uppercut. Ashley was visibly hurt, and the Problem tried to pounce. In his excitement, he threw and landed a low blow. It was the kind of punch that hurts watching it land. Now Ashley was really in trouble, and doubly so because referee Luis Pabon apparently didn’t see the foul.

Ashley was faced with three problems. First, he was foggy headed and hurting big time. Second, The Problem was still in hot pursuit, and finally in Ashley’s vulnerable state his gesture to alert Pabon of the low blow was misinterpreted as one of capitulation. The ref stepped in between the fighters, and waived an end to the fight.

After disposing of Ashley in the ninth, the Problem was ready for the post-fight interview. To his credit, he thanked God for protecting him and Theophane from injury. Then he started bellowing about how good he is, and that he kept his word by whipping Theophane even though he didn’t get it done as soon as predicted. He mentioned Mayweather, Jr.’s unflattering remarks. Problem’s former mentor (big brother) expressed the obvious in that Adrien needs to first take care of things back home in Cincinnati. He threw in a couple more digs like AB stands for always broke instead of Adrien Broner or About Billions. Floyd, Jr. questioned whether the Problem was a promoter, a rapper, a porn star, or is he a gangster?

Well, as much as all those problems weighed down on him, he wanted fans to know that he was able to bottle up everything and do what he did in the ring against a fighter such as Theophane who brought his A game. Because of what he felt he accomplished Friday night, “(He) I want to give myself a pat on the back.” Poor guy. Fans doubtless fought back their tears, and wondered if there was going to be a collection plate passed around. Maybe for bail money? 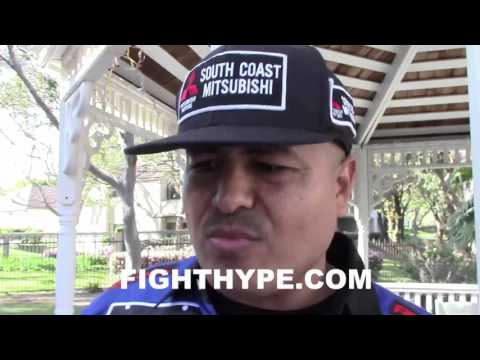