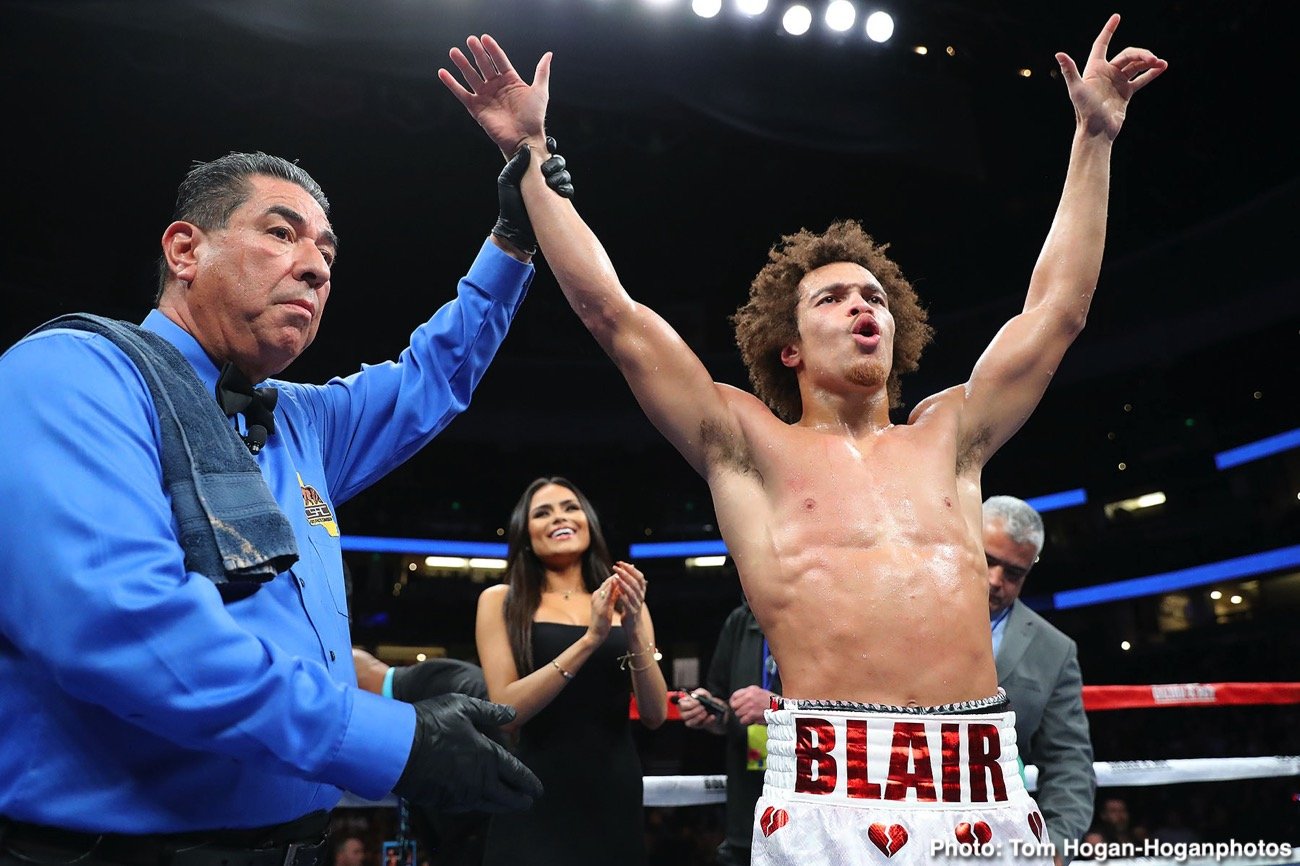 Blair Cobbs vs. Alexis Rocha has been moved into the main event slot and Michael McKinson moved down to co-feature in his fight against replacement opponent Jesus Antonio Perez Campos this Saturday, March 19th on DAZN at the USC Galen Center in Los Angeles, California.

ESPN’s Mike Coppinger is reporting the news of the Cobbs-Rocha fight being moved into the headliner spot and McKinson dropped to the chief support bout.

Perez Campos (24-3, 18 KOs) is replacing Vergil Ortiz Jr as the opponent for #4 WBO welterweight contender McKinson (21-0, 1 KOs) after he was forced to pull out of the contest due to a kidney/muscle problem on Tuesday.

The promoters were able to find a replacement opponent for the 27-year-old McKinson to fight, but unfortunately for him, he’s no longer in the main event and not fighting #1 WBO contender Vergil Jr.

McKinson feels that he probably won’t get another chance to fight Ortiz, but he’d like to be given the opportunity.

“When I found out, I was deflated,” said McKinson to iFL TV about Vergil Ortiz pulling out of the fight. “I’ve had a terrible day.

I’ve sacrificed a lot for this, and I’ve worked very, very hard,” McKinson continued. “My team has invested a lot of time in me as well. I came to LA, and this was my world title fight.

“This was my time to shock the world. It was a once-in-a-lifetime opportunity, really. Opportunities like this don’t come around, and for it to be pulled four days before on fight week is horrible news. I’ve trained very hard, trained for a long time.

“Health is everything and he’s a young lad,” said McKinson about Vergil Jr. “The first thing I Tweeted is I wish him a speedy recovery. He’s a big boy at the weight, so I’m not sure if it had something to do with that.