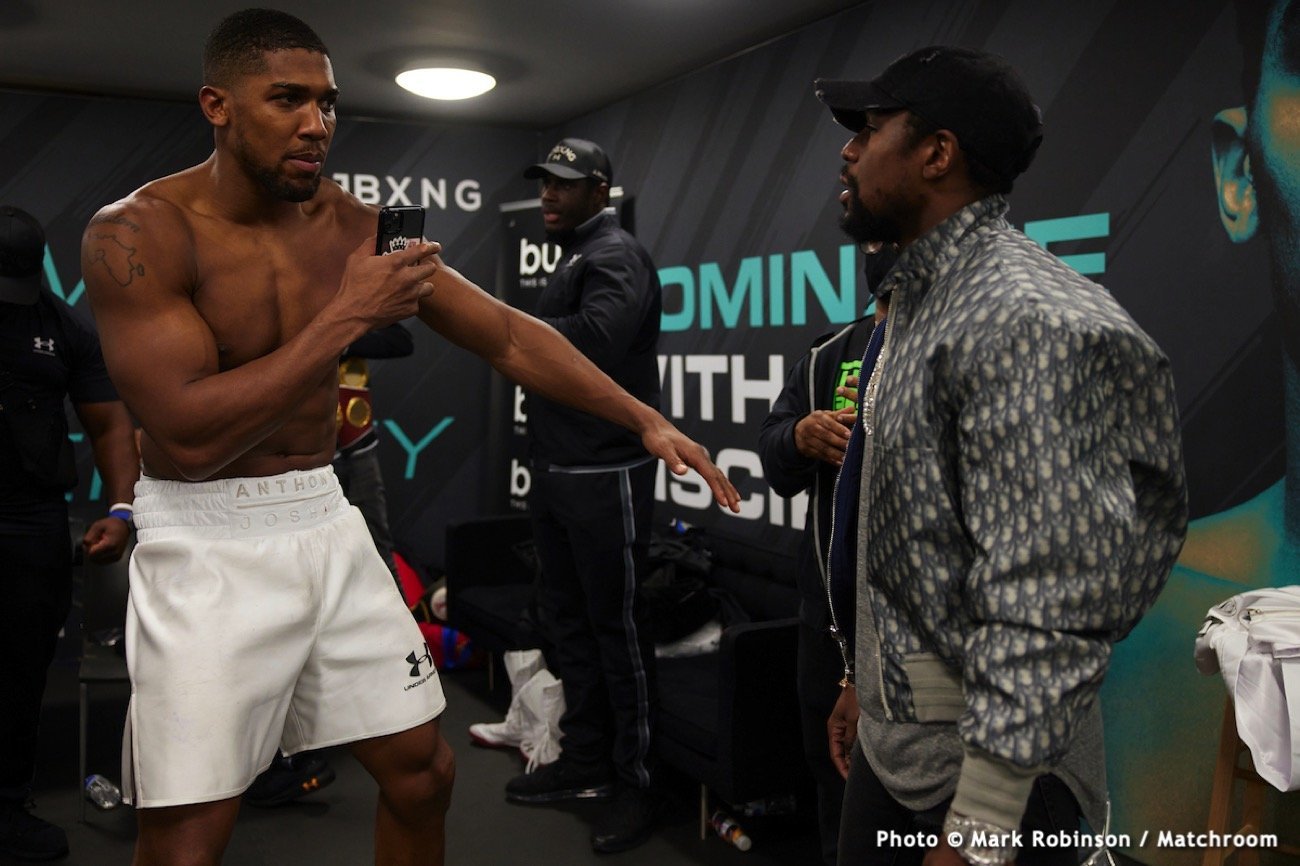 When having the opportunity to speak with Billy Hearns recently (brother of course of the great Thomas Hearns; Billy having co-trained “The Hitman” for a number of big fights, Billy also having trained K-9 Bundrage), I had to ask him for his prediction on the big Tyson Fury-Anthony Joshua heavyweight clash. Hearns knows Javan Sugar Hill very well, having worked with him, and Emanuel Steward of course, at Kronk.

Many people feel Sugar Hill has added so much to Fury’s game, to the extent that “The Gypsy King” is now a far more aggressive and dangerous fighter. Hearns says Sugar Hill has certainly added additional confidence to Fury.

Here’s what Billy thinks we will see when Fury and AJ finally get it on in fight-one:

“Tyson Fury has got so much confidence, largely due, I think, to the way he was able to get back up after being knocked down so heavily in the last round against Deontay Wilder, in their first fight. Doing that, being able to do that, that added big to Fury’s confidence. He knows, and we know, if he does get knocked down in a fight, he will get back up. Against AJ, he has to tighten up, he has to box. Fury needs to throw more jabs. Fury’s left hands has to land before he can throw the right hand.

“Javan has added additional confidence to Fury, but he [Fury] can’t get overexcited in this fight. He’s gotta be patient; throw double jabs. In all honesty, I think AJ beats him though. We know Fury gets up if he goes down, but in this fight, AJ will be using combinations, going to head and body, he will be landing more punches [than Fury]. I’m sure the fight goes the distance and AJ will get the decision.”

Interesting stuff indeed. Plenty of other experts seem to feel it will be the other way round – that Fury will be the man winning the decision if the fight goes all 12 rounds. Still, Hearns knows what he’s talking about. Could it be that Joshua surprises us and boxes, is ultra-patient, and simply throws more than Fury and wins a decision as Hearns says? Or maybe you won’t be surprised if this does happen.

Plenty of people see a KO win, one way or the other. But maybe this massive fight will go all the way. And what about the rematch? Let’s see how fight one goes first. I’m curious to see if Billy’s confident prediction turns out to be bang on the money.