Tim Bradley predicts a knockout victory for Vasily Lomachenko on Saturday night against the much taller 5’11 1/2″ Masayoshi Nakatani in their 12-round fight on ESPN at the Virgin Hotels Las Vegas.

Bradley feels that Nakatana (19-1, 10 KOs) is too easy to hit, and Lomachenko will take advantage of his leaky defense to score a stoppage.

Tim feels that the former three-division world champion Lomachenko will be more motivated than ever after losing his last fight against Teofimo Lopez last October.

That extra motivation that Lomachenko will spur him onto victory.

This is still a risky fight for Lomachenko, 33, particularly if he allows Nakatani to land his right hand. However, Nakatani has better power than most people think, as we saw in his last fight against Felix Verdejo.

“Nakatani if you saw him against [Teofimo] Lopez, he did well but he struggled and got hit a lot,” said Tim Bradley to Fighthype.

“I saw him against [Felix] Verdejo, he went down several times in the fight.

“He got up, but I think of him like a rock. If you hit it enough times, it’s eventually going to crack open.

“So I think this could be the time for Nakatani to be knocked out. He’s not a hard guy to find inside the ring, and he’ll make a lot of mistakes for you.

“When he throws, he doesn’t take care of defense. I think we’re getting toughness and skill confused. Lomachenko, he’s used to fighting taller guys.

“He’s been the shorter guy his whole career. So he’s’s used to fighting taller guys.

“He fought Pedraza, he fought Campbell, and he fought Walters. He [Lomachenko] was able to defuse that bomb. So I think the same thing here,” said Bradley.

Lomachenko has fought many taller fighters, but he hasn’t been in with a 5’11 1/2″ fighter like Nakatani. Loma has fought guys that were 5’9″, and he was able to deal with their size quite easily.

“I know Nakatani has a good right hand, a fantastic right hand,” Bradley continued. “He’s good at setting it up if you’re at the right range, but I think Loma is too smart for that.

“He [Lomachenko] can fight this fight two ways. He can use his feet, move, create angles for himself, draw Nakatani in, make him miss, make him pay with big shots.

“See the big torso. Loma is going to keep picking at that body any chance he can get.

“If you put a big guy on his heels, who doesn’t fight well on the inside like Nakatani, you can take that advantage away from him with shorter arms, get inside, to the head, and uppercuts are going to be a big weapon.

“Not only the body shots, look for the uppercuts in this fight. Nakatani has a puncher’s chance, brute toughness, but I have seen that he doesn’t fight well going backwards.

“That’s Loma’s thing. Loma likes to put that suffocating pressure on you, little by little. That drains you when you keep missing.

“You get frustrated when you can’t hit a guy that’s right in front of you and you’re getting hit in the process.

“So that’s even more demoralizing. Loma puts that thought in your mind that you can’t win I think he’s going to get back to that point against Nakatani,” said Bradley.

It’s going to be more difficult than Bradley realizes for Teofimo to go through the entire fight without getting hit by Nakatani.

Just with that long reach that Nakatani has, he’s going to be able to land his shots on Lomachenko as he’s coming forward.

“Loma is coming off a loss,” said Bradley. “You know Loma. When he loses a fight, he gets better. 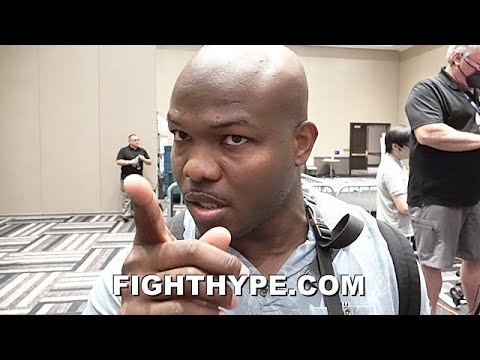 “If he’s healthy, he should have no problems stopping Nakatani. Loma gets better if you look at his history.

“He got beat in the amateurs, and he came back. What did he do? He redeemed himself twice, beat him.

“Then he lost to [Orlando] Salido, but never got a chance for a rematch.

“Now he’s coming back from a loss to [Teofimo] Lopez. Shoulder injury, whatever you want to say. We’re going to see. Now you got a real live dog in front of you,” said Bradley.

Lomachenko is said to have had shoulder surgery, and he says he’s 100% healthy now. We’ll see.