While it was reported a few days back how Terence Crawford will be fighting again in October (this almost a full year on from his easy, some would say mismatch fight with a faded Kell Brook), there was no confirmed opponent. There still isn’t an official name out there, but Ryan O’Hara has cited “sources” who inform him “Bud” will face Jose Zepeda in October.

Again, nothing is official yet, and we have no idea about the venue, exact date, or other particulars, but a number of sites have written about the Crawford-Zepeda talk/rumor. Crawford has, of course, taken plenty of criticism for A: not fighting often enough as of late, and B: for his recent quality of opposition. What will fans/critics have to say if it is indeed Zepeda, 34-2(26) next for the reigning WBO welterweight champ?

Crawford, 37-0(28) doesn’t look like fighting Errol Spence any time soon, if at all (this THE 147-pound showdown we all want to see happen), and Spence has recently said that if this fight doesn’t happen, he will move up to 154. 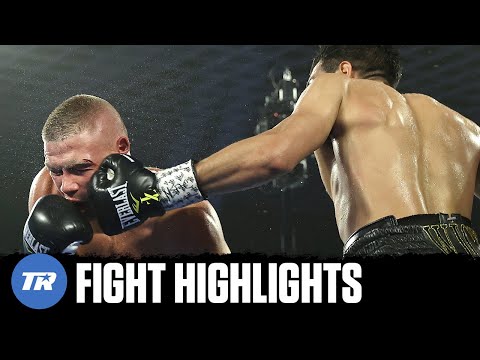 So what about Crawford-Zepeda? Zepeda is certainly entitled to a big fight/payday – he was, of course, the man who gave us 2020’s FOTY, the incredible multi-knockdown epic slugfest that was his win over Ivan Baranchyk.

As courageous as he was in that fight – not to mention exciting – Zepeda has earned his shot. But can the 32-year-old southpaw beat Crawford? Can the man from California give Crawford a good fight? Zepeda has picked up one win since picking himself off the floor to stop Baranchyk; this a points win over Hank Lundy.

That was in May, so Zepeda should be sharp in October if he does get in there with Crawford. Zepeda is the type of fighter who can never be written off against any fighter, but he will no doubt be the underdog here.

However, it might be that Zepeda is the man who has the support of the fans, not Crawford (unless the fight is in Omaha) – especially if he starts gaining momentum and does well in the fight.

Zepeda has been stopped just once, this via a freak injury stoppage against Terry Flanagan in 2015, and we know how tough he is; his only other loss coming against Jose Ramirez, a majority decision loss in 2019.

This is not THE welterweight fight we want, but if Crawford-Zepeda does happen, chances are it will be exciting. Zepeda can be relied upon to give his all; we all know that.

2 thoughts on “Terence Crawford Vs. Jose Zepeda In October?”