One of boxing’s biggest stars at just 26-years-old, Davis will take on a career-defining challenge in the undefeated Barrios, as he sets his sights on capturing a title in a third weight class.

With a victory, Davis will hold world championships in three different divisions simultaneously, a feat only accomplished by a few fighters in history.

Standing in his way is the undefeated 25-year-old Barrios, who owns a 9-0 record with eight knockouts during his 140-pound reign and holds a six-inch height advantage over Davis.

Davis returns to fight at State Farm Arena after selling out the venue in December 2019 during a star-studded event that saw him stop former champion Yuriorkis Gamboa in the 12th and final round to capture a lightweight title.

Here is what both fighter had to say:

“Camp has been great for me. We know that Barrios is a bigger guy and that he can punch. We’re working hard each day in the gym, because we’re going up against a big task on June 26.

“We all have challenges we go through in life, and that’s what makes us strong. This is another challenge that I have on my road to success. I’m ready to walk through it and keep pushing.

“I took this fight because I want to be great. All the other big names at lightweight had scheduled fights so I felt like I wanted to go out and beat the best fighter out there for me.

“Even if he is bigger than me on fight night, it doesn’t matter. This is all part of the sport. My goal is to break him down. If I can get him out of there, I’ll get him out of there. If it goes 12 rounds, so be it. He’s big and strong, but he’s never faced anyone like me.

“We have to wait and see what happens on fight night. Different styles dictate what I need to show in the fight. We’ll see what he brings to the table, and then we’ll capitalize off of it.

“Like all of the rest of my fights, this is going to be action packed. Don’t go get popcorn during the fight, because it could end at any moment. I bring what boxing needs, and that’s excitement. We all know when I fight, it’s never a boring fight. From the first round, until whenever it ends, I just keep coming, in all of my fights. That’s what you’re going to see June 26.”

“This is a huge opportunity for me. ‘Tank’ called me out. I know he’s trying to do something great, but this is a dangerous fight for him. It’s going to be an action-packed fight. We’ve never faced fighters like each other before. We’re going to see on June 26 if it’s the right move for him.

“I fight to represent my city and my people. I’m going to go out there and do my best to make everybody proud.

“They might be looking at my fight against Batyr Akhmedov closely. But I think he has a totally different style and that this fight will be different than what they expect if they just watch that match. I don’t know what they see in me to want this fight, but none of it matters to me. All the questions are going to be answered on June 26.

“’Tank’ is jumping up two weight classes. He’s doing something a lot of great fighters have done. He even said it: this isn’t an easy fight for him. We’re ready to face the best version of ‘Tank’ that anyone has ever seen and it’s going to be war.

“I was surprised when his name was brought up to me. But whether you like ‘Tank’ or not, he has one of the biggest names in boxing. This is the type of fight that can skyrocket my name up there to the top level of the sport.

“’Tank’ is a good fighter and a very explosive fighter. There is the question of whether he’s bringing his power up to 140. I don’t have any concerns about it though. He’s the guy who has to show people he can handle my power at this weight.

“I’m excited to be fighting in Atlanta. This is my first time here actually but I know the fans here are very passionate. I’m expecting to see a great turnout here at State Farm Arena.”

Read:  Campbell Hatton Very Fortunate To Get The Points Win Over Sonni Martinez

“’Tank’ is a generational fighter. He has certain abilities that others just don’t. He’s special, but this is a dangerous fight for him. This is a tremendous challenge and I’m really excited for this fight.

“Atlanta is a hot market. Obviously the first fight they had in a long time was ‘Tank’ vs. Yuriorkis Gamboa and it was a packed sold out crowd in this building. The fans really enjoyed it. The city needs big events like this. We told the fans we were coming back and here we are.

“’Tank’ is chasing history. When you look back at a lot of all-time greats, they’ve gone through things no one else ever has. Looking to be a three-division champion at 26 years old is another example of him chasing greatness like that.

“’Tank’ is the most exciting fighter in the entire sport and he gives the fans what they want to see. He puts butts in seats. People gravitate to the way he fights. This new generation of fans that we have, they love him.” 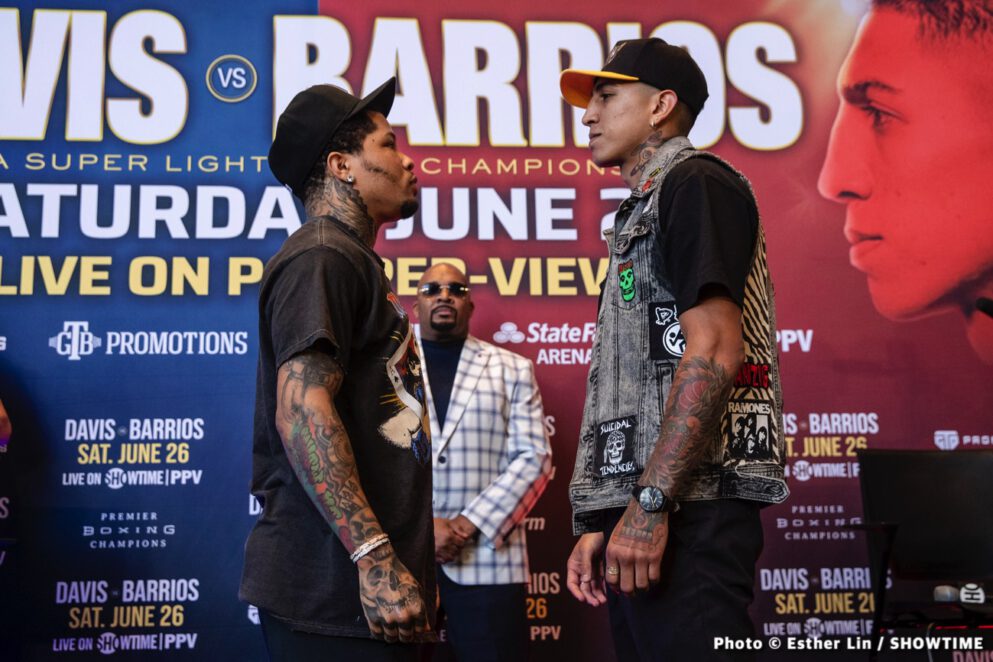 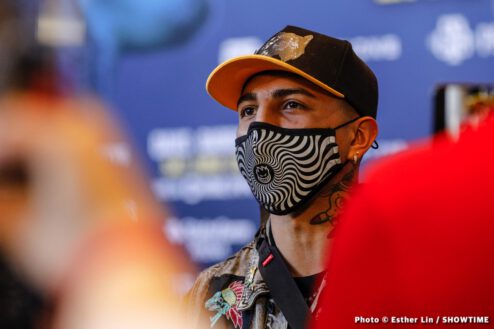 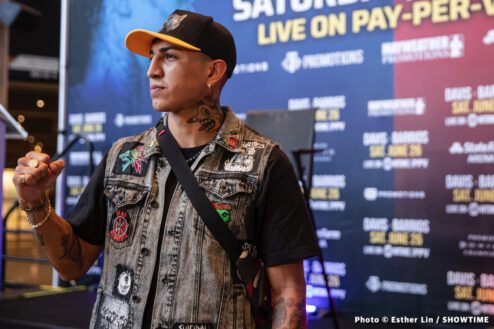 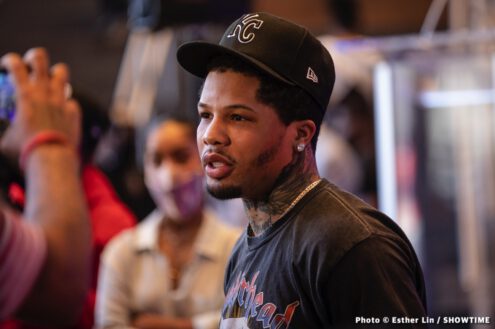 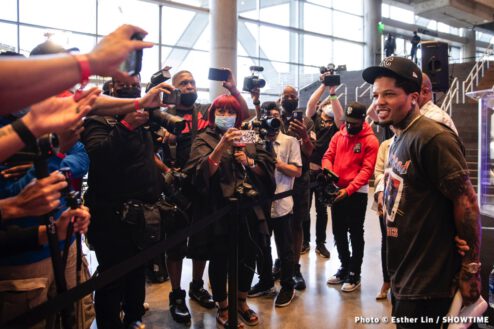 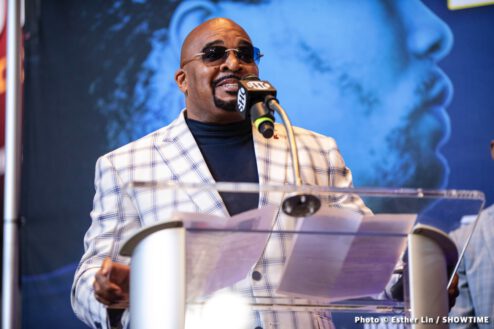 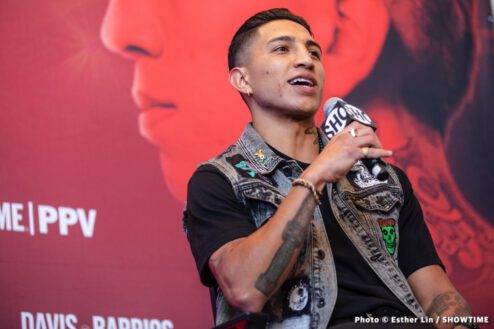 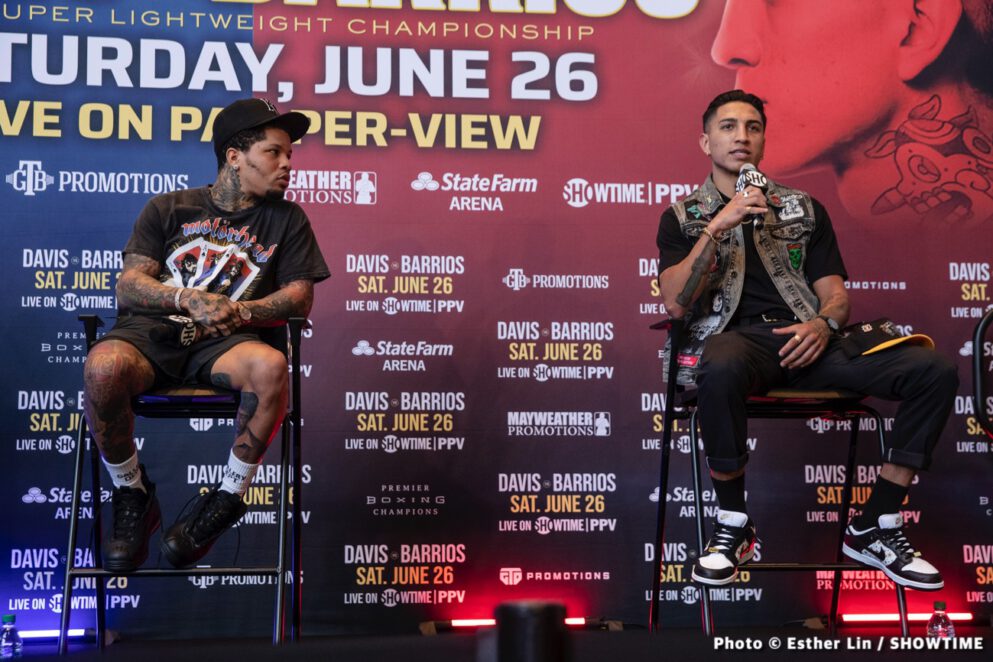 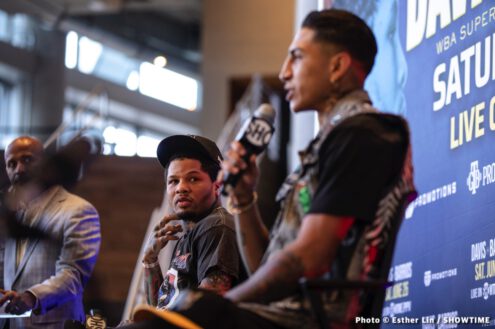 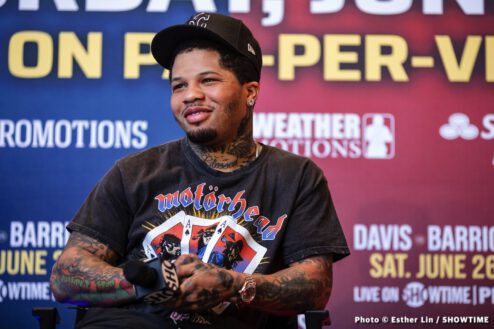 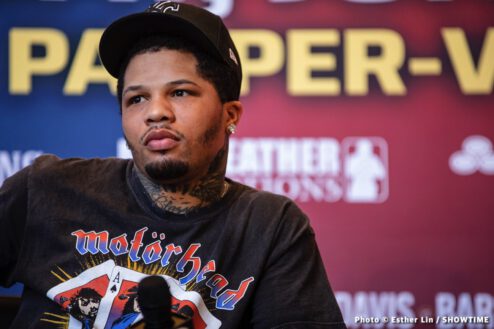 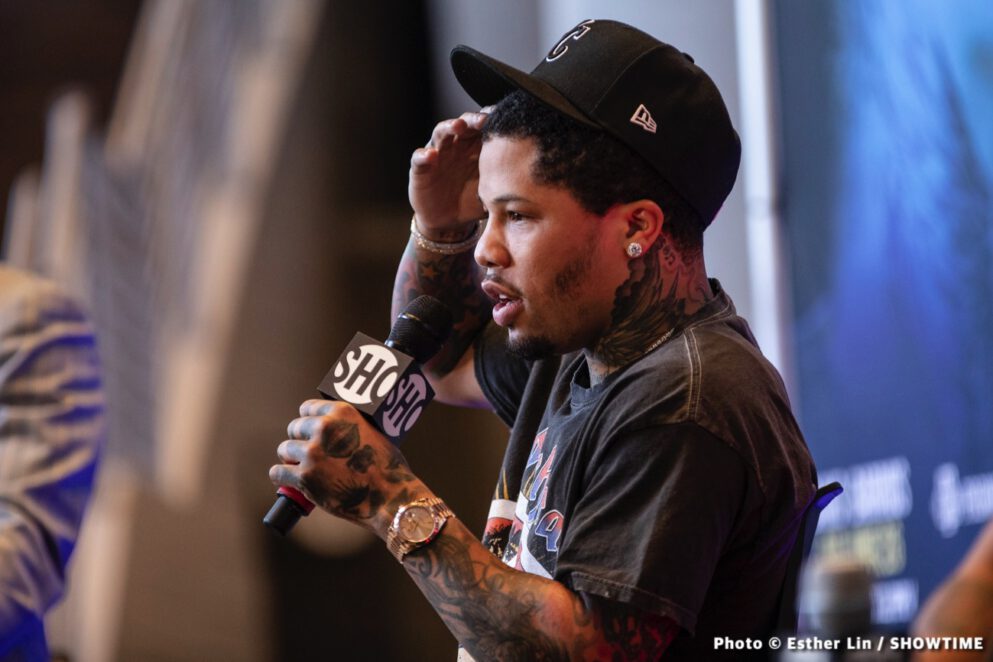 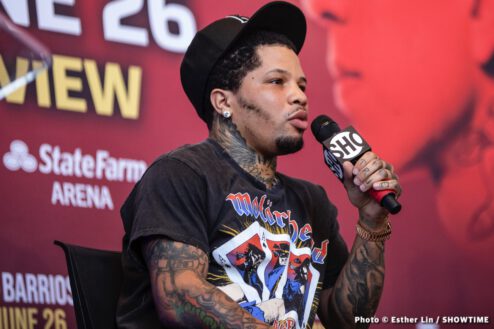 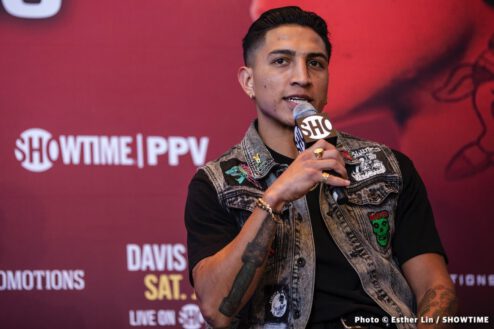 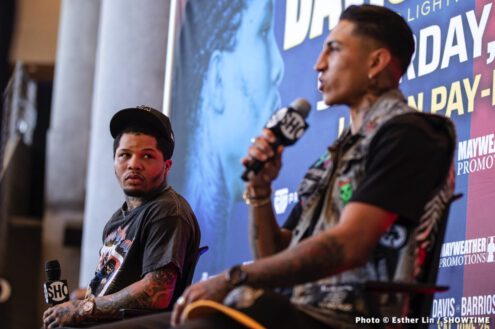 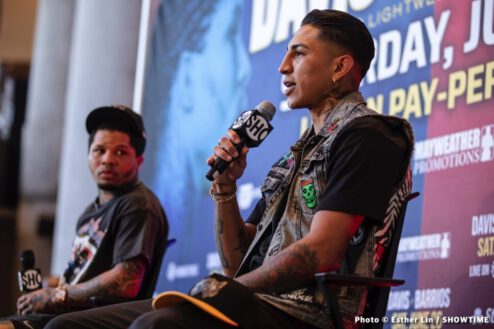 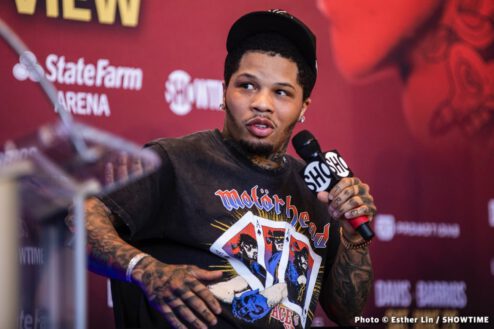 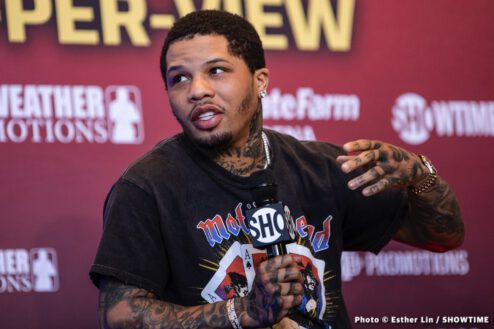 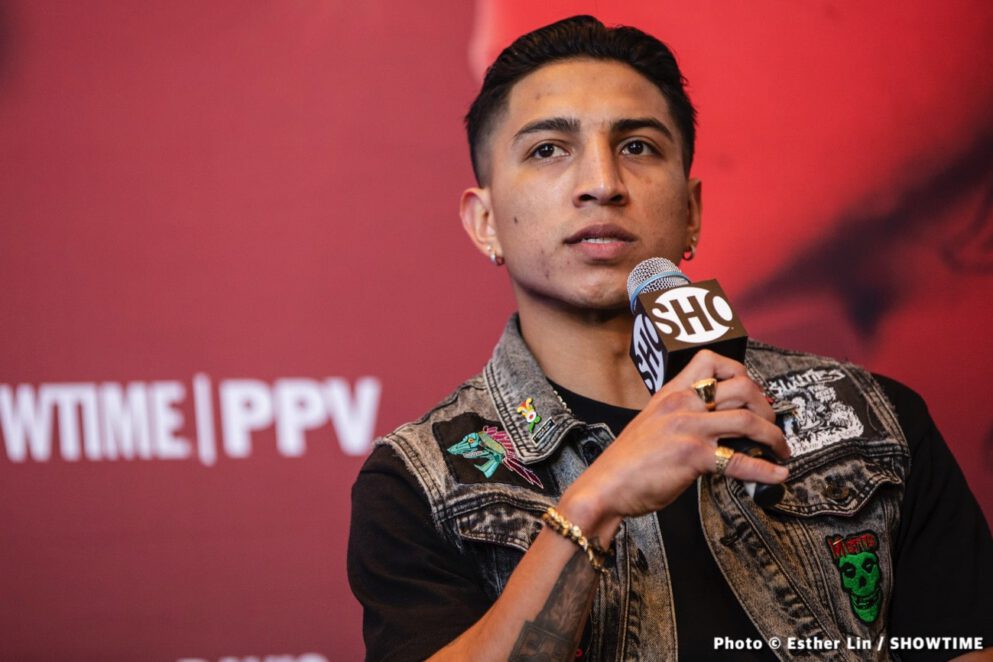 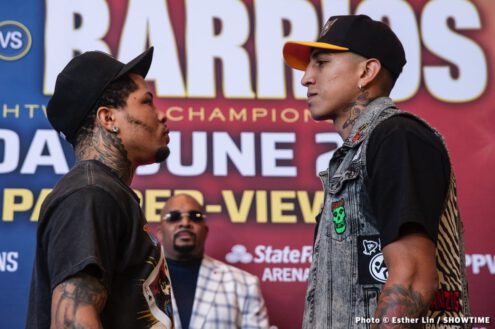 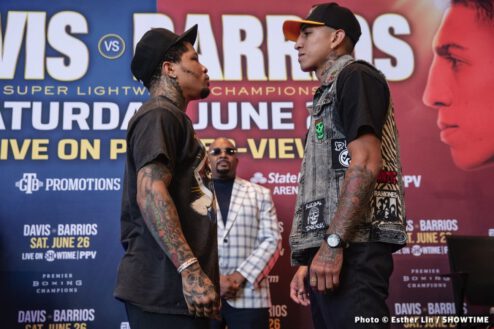 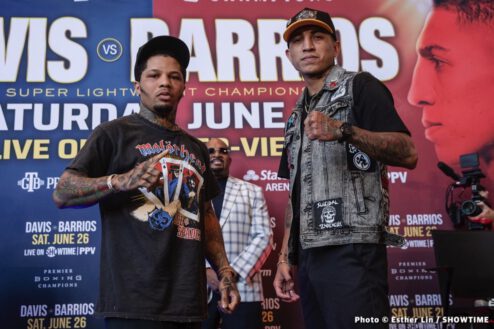 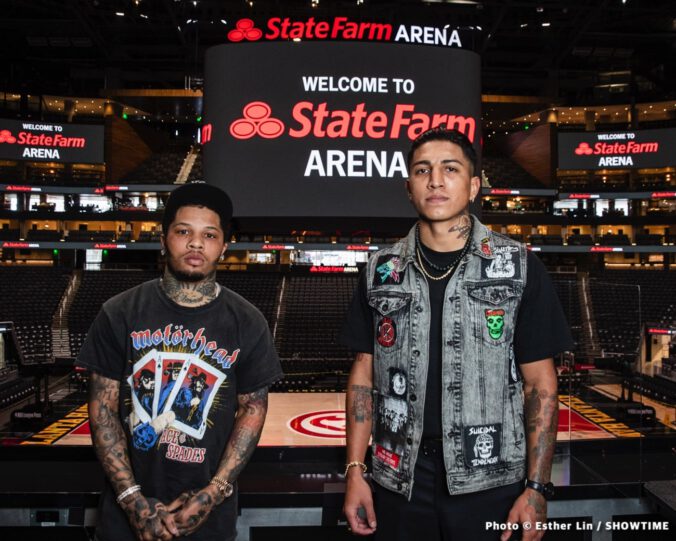 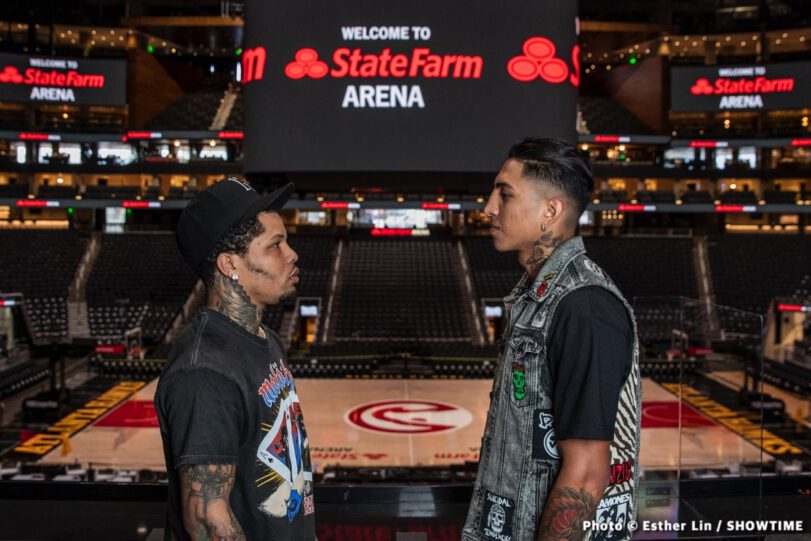