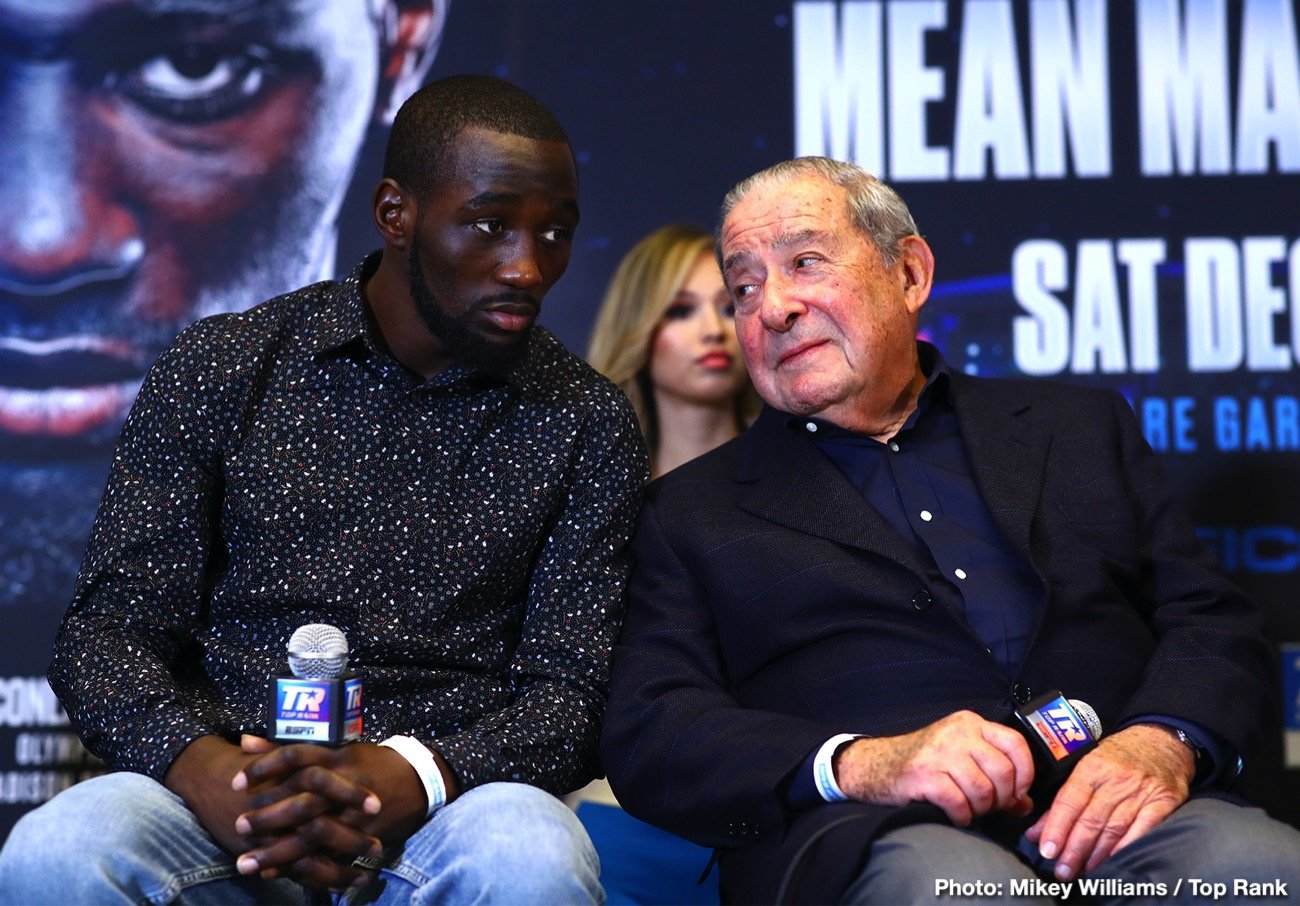 Top  Rank promoter Bob Arum says the Terence Crawford vs. Shawn Porter fight could be announced as early as next week for November 20th at the Mandalay Bay in Las Vegas, Nevada. Arum says he’s close to having Porter (31-3-1, 17 KOs) and Crawford (37-0, 28 KOs) agree to the fight.

It’ll be surprising if the Crawford – Porter fight is announced next week by Arum because these guys will likely make more money by letting it go to a purse bid.

Arum spoke to Porter’s management at Premier Boxing Champions on Wednesday, and he believes that he agrees to take the fight with Crawford.

As for Crawford, Arum says he’s hoping he’ll agree as well to the fight, but if not, we could see the negotiations drag on. You can bet that Arum will be doing his all to avoid letting the Crawford vs. Porter fight go through the purse bid process, as we saw with the Teofimo Lopez vs. George Kambosos Jr. fight.

Arum lost the purse bid for that fight to Triller Fight Club, which must have hurt. Even though it’s a lesser fight, Teofimo is a popular fighter, and Arum wants to keep him fighting on the ESPN platform each time.

What ultimately could happen is the fight goes to a purse bid, which would open it up for some of the deep-pocket companies like Matchroom and Triller Fight Club to bid on it.  Matchroom promoter Eddie Hearn is licking his chops at the prospect of bidding on the Crawford vs. Porter fight.

He repeatedly said last week that he plans on bidding on the fight, and he hopes to win.

You can imagine Triller would be over the moon to win the purse bid for the Crawford – Porter fight, as they would likely add a bunch of music entertainment artists around the contest to attack more fans to purchase it on pay-per-view.

The huge amounts of fans the entertainment artists have would result in a lot of PPV buys.

“We talked with PBC as late as yesterday, and it looks like Porter is on board or close to onboard,” said Bob Arum to ESNEWS on Thursday. Hopefully, Terence will be on board, and we’ll announce the fight next week hopefully.

“We want it in Vegas at the Mandalay Bay. We’re holding the arena for November 20.”

Next week, we’ll see if Arum is right about his prediction of the Crawford vs. Porter fight being announced for November 20th. These fighters got to know that they’ll likely make more money by letting it go through the purse bid process. It’ll be surprising if they choose not to go that route.