Yarde will have a big crowd of supporters present on January 28th, but it’s difficult to say if they’ll give him enough of a boost to pull off a massive upset against Beterbiev.

“Twelve rounds is a long time to be in there with this man,” said John Scully to Thoughts Of The Pugilist about Artur Beterbiev. “He puts pressure on. Sometimes in a subtle manner, and sometimes it’s obvious, but it’s really, really hard to stay with this guy mentally twelve rounds.

“I can’t see him losing. He’s the best light heavyweight in the world at this point. Not just the best, but the strongest. He’s the strongest punching. He has so many things on his side. 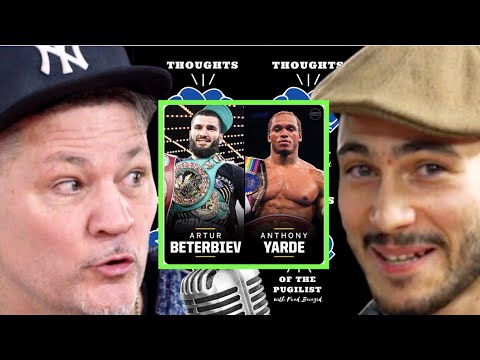 “At the same time, he’s not someone that you have to watch. You don’t have to make sure [Beterbiev does the work]. ‘Make sure you do the situps.’ That would be an insult.

“It doesn’t make no difference to me what your problem is. I don’t care about you. We just want to win. Whatever it entails, that what we’re ready to do,” said Scully to Boxing with Ivan Montiel.

“Yarde can be stylistically difficult, but ultimately, Artur brings issues to him that I don’t think Yarde is going to overcome. If I was to bet on it, that’s what I would bet that is going to happen,” said Scully.