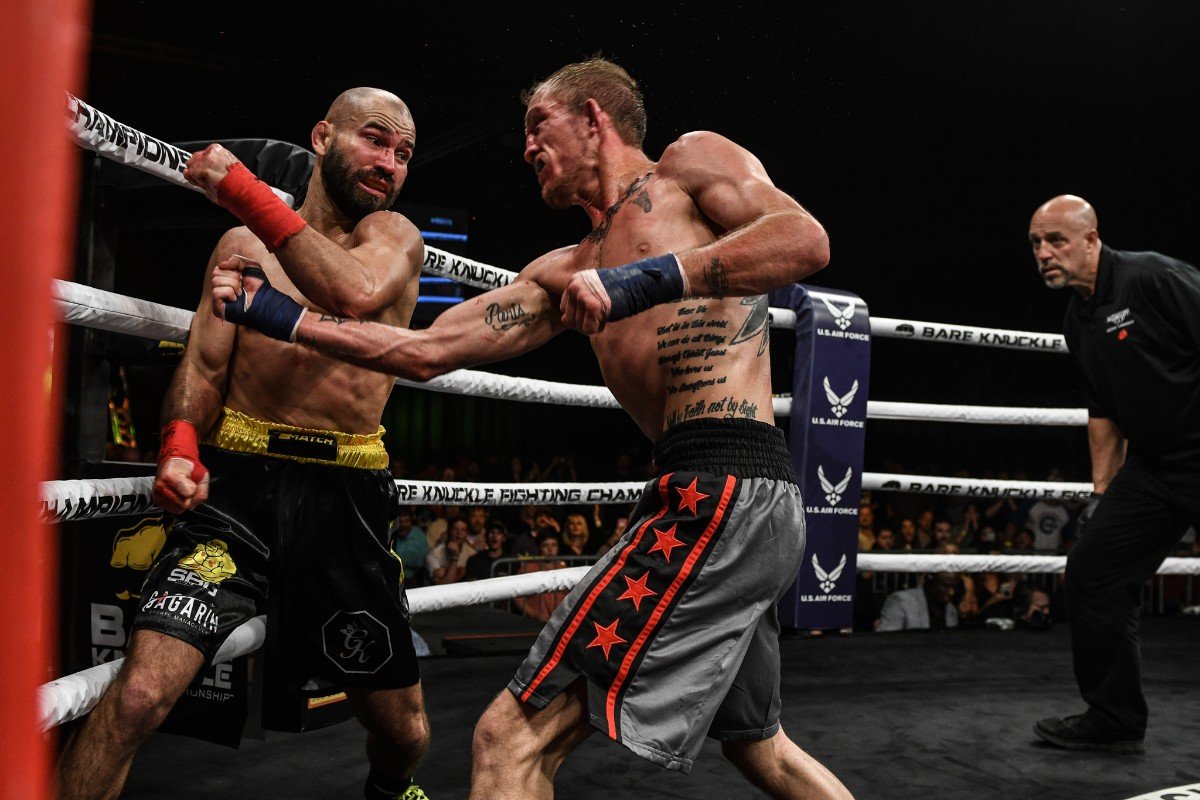 Back in June of last year, former two-weight champ Paulie Malignaggi raised some eyebrows by engaging in a bare-knuckle fight with Russian MMA tough nut Artem Lobov. The hype ahead of the fight proved memorable, and nasty, stinging insults and vows to do God knows what to the other man were the order of the day. The promotion was a success, certainly.

When the fight came off (going out on P-P-V) Lobov prevailed via five-round decision. There was blood, broken and otherwise damaged bones (to Malignaggi’s notoriously fragile hands mostly, this no surprise at all) and a little controversy. Malignaggi screamed robbery, and incompetence from the scoring officials. But that was that. We thought. Lobov went on to fight a bare-knuckle return with Jason Knight (their first fight was simply brutal, Lobov winning a decision), which he lost by knockout. Malignaggi went back to calling fights.

But now there is some talk the two could meet in a rematch, but in a boxing ring this time. Lobov told B.JPenn.com that he is very much interested in meeting “The Magic Man” in a boxing match, that pro boxing “has been something I’ve thought about for a long time.” Lobov said that after the whole coronavirus has been dealt with, he’d “defintely do it.” Lobov added how a boxing promoter he did not name has approached him about the fight.

Malignaggi is at present vaguely interested, telling The Schmozone how the idea “sounds good,” but that he won’t get his teeth into it until a real and “organized offer” is put his way.

But if the rematch under different rules did take place, I for one would watch it. Could Lobov repeat his win, or would Malignaggi, with full three-minute rounds and whilst wearing gloves, take Lobov to school? A sequel wouldn’t be such an X-rated, not for the squeamish affair, but Lobov-Malignaggi II could prove to be an interesting fight to watch all the same. Once the current lock down conditions we are all living under end. Right now, I’m sure many fight fans would take just about ANY live action.