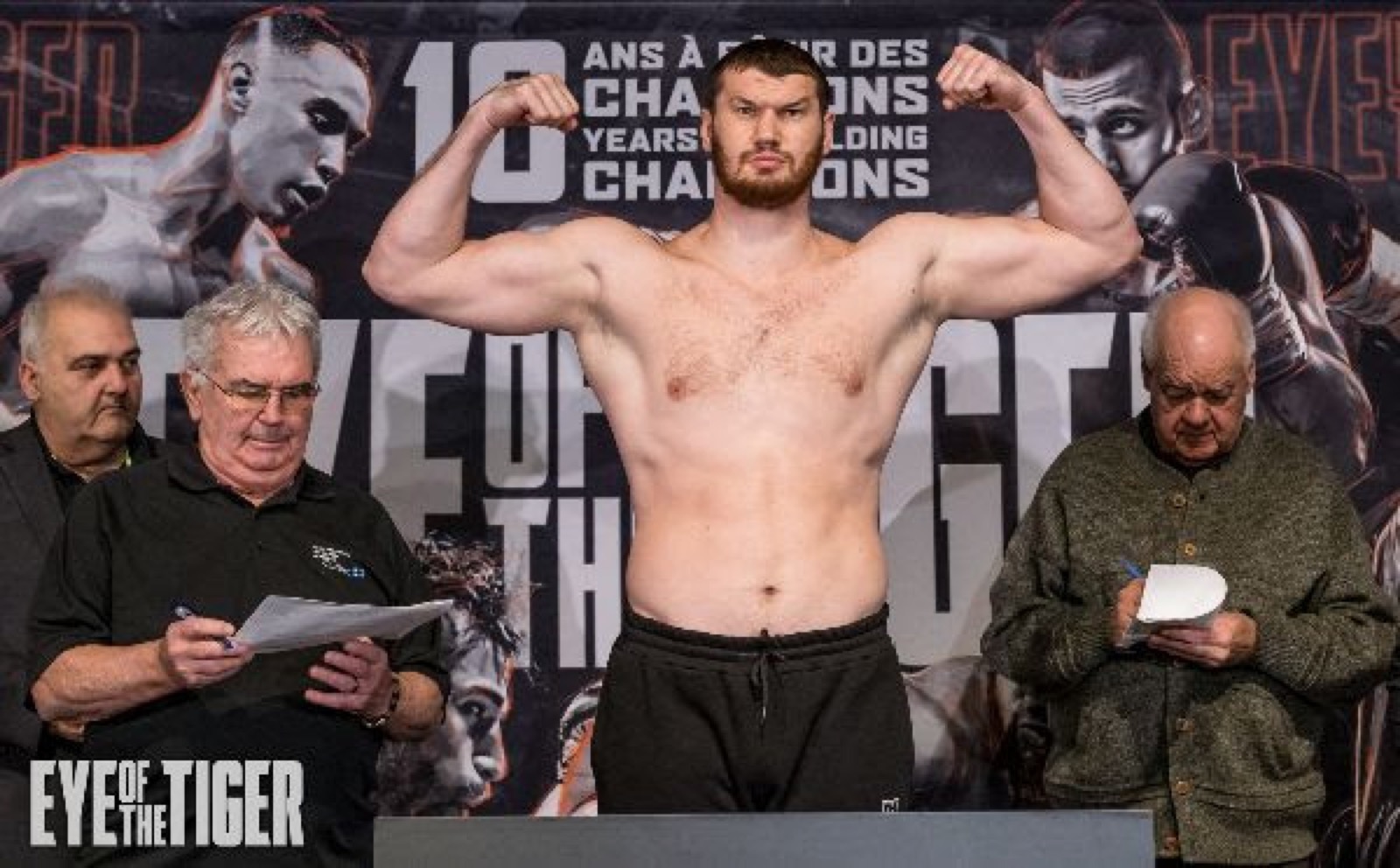 Undefeated heavyweight Arslanbek Makhmudov (16-0, 15 KOs) crushed journeyman Michael Wallisch (23-6, 16 KOs), stopping him in the first round of a scheduled ten round bout on Friday night at the Centre Gervais Auto, Shawinigan in Quebec, Canada.

Showing excellent form with his rabbit punching, Makhmudov, dropped Wallisch three times from punches to the back of the head.

The shots were pretty blatant, and it’s unclear why the referee Albert Padulo Jr didn’t step in to disqualify Makhmudov. Although he did take a point off for the rabbit shots, that didn’t stop him from continuing to tee off with those punches.

The 33-year-old Makhmudov had Wallisch’s head in serious trouble from the first rabbit punch knockdown in the round, and I don’t think the German heavyweight ever recovered from that shot.

After that knockdown, Makhmudov continued to tee off with shots to the back of the head, leaving the German fighter in trouble with each punch.

While some boxing fans on social media felt that Wallisch wasn’t showing much ambition to want to be there, if you saw the punches he was taking to the back of the head, it’s clear that he was getting whacked with serious shots that he had no defense against.

It’s likely that Wallisch still would have been destroyed in the first round even if Makhmudov was throwing no rabbit punches, but we’ll never know for certain.

Makhmudov is a good fighter, but he will have a problem if he doesn’t keep it clean when he faces one of the top heavyweights. The referees that work the fights for the top dogs in the division might not so lenient with the blatant rabbit punching like the kind we saw tonight.

Undefeated middleweight prospect Alexandre Gaumont (6-0, 3 KOs) stopped journeyman Pablo Polanco Fernandez (9-12, 3 KOs) in the third round. Fernandez was down three times. The contest was halted at 1:45 in the third.