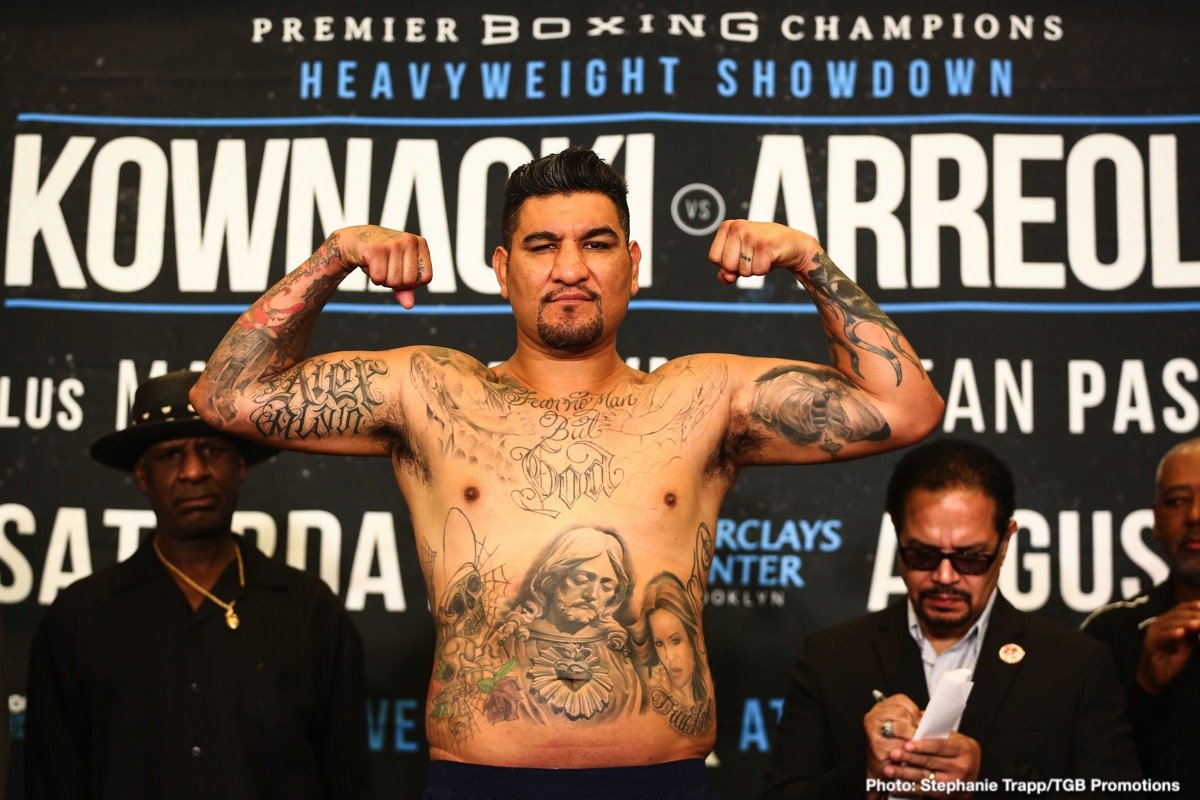 Mitchell vs. Arreola, a 12-round fight for the WBC Silver Heavyweight Title, is promoted by Golden Boy Promotions in association with Goossen Tutor Promotions and sponsored by Corona. In the 10-round co-feature former two-division world champion Rafael Marquez, of Mexico City, returns to the ring to take on Efrain Esquivias, of Gardena, Calif., in a featherweight bout. Doors open at 4:00 p.m. PT and the first fight begins at 4:05 p.m. PT.

“I’m going to make a statement and make sure that everyone remembers my fight. I’m going to embarrass this kid, Seth. That’s my job in there.

“I’m more anxious than anything. I don’t get nervous, I get anxious. I’m ready to fight. I’m ready to showcase (my skills and talent).”

“I’m expecting a tough fight but I’m also expecting to be victorious.

“In the days leading up to the fight I think a lot about different aspects of the fight. I think about things that we’ve studied and we’ve noticed. I think about my technique and probably review the fight 10 or 12 times in my head before Saturday.

“I’m prepared for the fight. My opponent gives me funny looks but it doesn’t matter. It boils down to him and me on Saturday.

“He talks tough, and that’s expected from Chris Arreola. He’s a clown and a comedian but on Saturday the jokes are going to be on him.”

“The only thing that’s on my mind is my opponent. To be a champion and a known fighter all over the world, you have to work so hard. You have to do whatever your trainer says and everything I did will pay off.

“I give excellent fights. All my fights have drama and I’m just hoping to give my best for the fans in Indio and those watching on SHOWTIME. This is my first time fighting there.”

“I’m focused. I keep going over the game plan. I’ve blocked everything out and I have surrounded myself with positive people. I’m really concentrating on the fight.

“I don’t think too much about my opponent. Marquez is a big name, but I’ve taken care business in the gym. I’ve trained hard so the fight should be easy. It’s not really going to be easy.” [laughing]

“I’m hoping to have a great fight because I’ve had a great training camp. I had the best sparring sessions of my career. I want a victory.

“I feel anxious, I just want to fight. I know the time is coming. I’m ready.”

“I’m ready to step into the ring. I’m confident. I know how much training I’ve done. I have to stay focused on that.

“It’s exciting that my family stands behind me and supports me in this sport 100 percent; they never pulled me away. My parents and my brothers will all be there Saturday, and knowing that makes me feels great.

“My older brother Randy always gives me pointers and I’ve learned a lot from watching him fight. I think I have a little bit of his style and my style mixed together in the ring.”