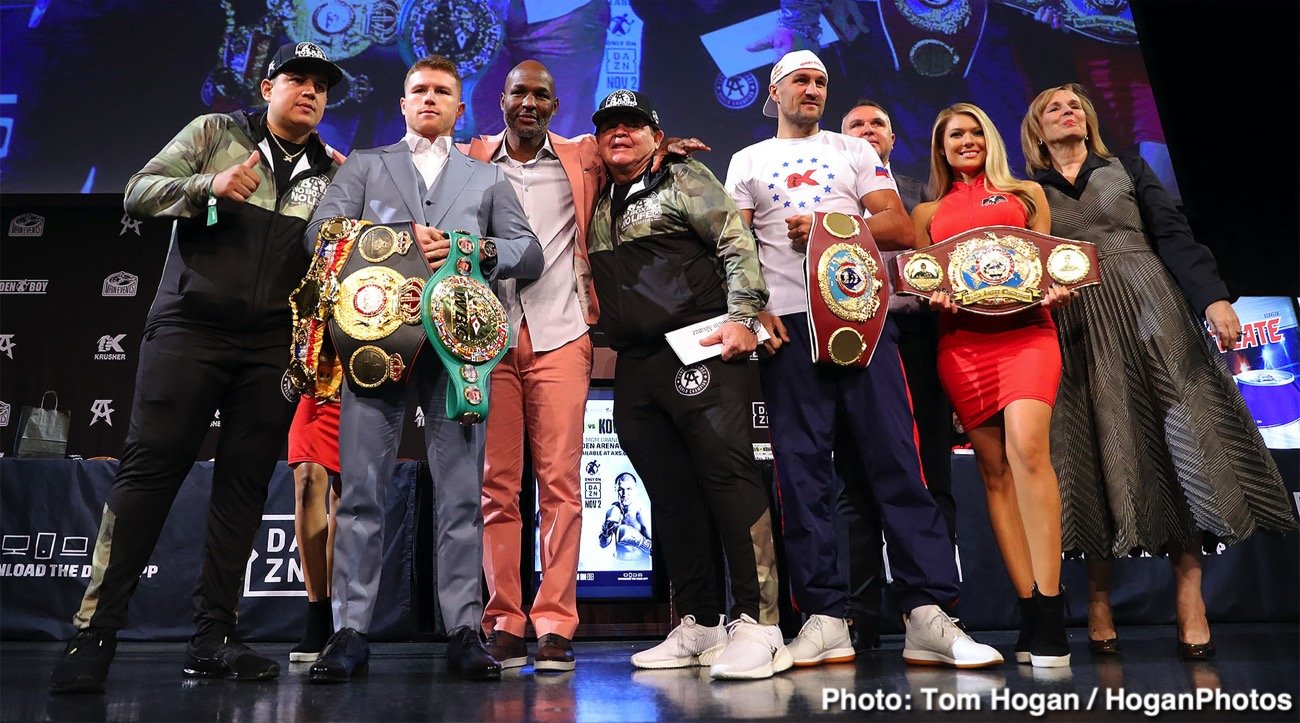 Recent world title challenger Anthony Yarde is picking Saul Canelo Alvarez to defeat WBO light heavyweight champion Sergey ‘Krusher’ Kovalev this Saturday, November 2 at the MGM Grand in Las Vegas, Nevada. Yarde (18-0, 17 KOs) came close to knocking out Kovalev (34-3-1, 29 KOs) last summer on August 24, but he ran out of fuel after the 8th, and was knocked out with a jab in the 11th.

Yarde is convinced that he would have beaten Kovalev if not for his new trainer Buddy McGirt, who has rejuvenated him. McGirt has taken Kovalev’s game to the way he used to fight as an amateur in Russia.

This wasn’t just an average jab that Kovalev stopped Yarde with. It was a power jab that Yarde, 28, carelessly walked into while trying to knock him out.

Yarde’s reason for picking Canelo to win is based on his talent, and the way that he showed that he could adapt his game for his rematch with Gennadiy Golovkin last year.

“I think Kovalev had seen it [Canelo fight]. I think that’s what got him through the fight with me. He had this on the back of his mind, ‘No, I can’t let this go. That’s a big payday, and a history fight again. And that’s a big fight,” said Yarde to IFL TV in discussing Kovalev vs. Canelo fight. “Kovalev is the one really that is taking a massive risk.

“If Kovalev loses to Canelo, he’s lost to a smaller guy. In my mind, he’s a complete fighter,” said Yarde about Canelo. “He lost to Floyd Mayweather, but look how he learned from it.  He lost to Floyd Mayweather and got outclassed. I didn’t get outclassed by Kovalev, and I went for it. Look at what Canelo became. That’s someone to look at for motivation, and the way he carries himself. He’s a class act. The way the fight plays out, I don’t know,” said Yarde.

It’s a massive risk for both fighters. Canelo has a lot to lose if he gets beaten by Kovalev, as he’s the #1 star in boxing. If Kovalev knocks out Canelo, then boxing fans will give him a lot of grief about the defeat. One reason for that is Canelo has clearly cherry picked the fighter that is viewed as the shakiest of the 175-lb champions in 36-year-old Kovalev. This is a strategic move on Canelo’s part in selecting Kovalev rather than the #1 guy at 175 in IBF/WBC light heavyweight champion Artur Beterbiev. Even the #2 champion at light heavyweight, Dmitry Bivol would also likely be too good for Canelo to beat.

Yarde: I would have beat Kovalev if not for McGirt

“Kovalev has got a good jab. Since he’s got Buddy McGirt in his corner, he’s a different fighter,” said Yarde. “I believe after the 8th round, and even before that, I felt like I would have won the fight if he didn’t have Buddy McGirt in his corner. Because even the advice he was getting is different. He got told to stop throwing power punches, and just throw his jab.

“They were the punches that were harder for me to see. Whenever he loaded up, he didn’t land no clean right hands against me. Maybe a couple of that glanced. How I’ve seen him throw other men, he wasn’t catching me with those shots. When he started throwing his jabs, and his little jabs started blurring my vision, that’s what pulled it off for him,” said Yarde.

It’s wishful thinking on Yarde’s part to assume that he would have beaten Kovalev without McGirt in his corner. We’ll never know for sure, but Kovalev would have been a far more dangerous fighter for Yarde if he’d come out fast out of the blocks and unloaded on him from round 1.  Kovalev doesn’t run out of gas until after the sixth round. Even now, Kovalev can throw non stop power shots for six rounds. As flawed as Yarde is, he wouldn’t have made it to the 6th round if Kovalev had gone after him with power shots from round one rather than mostly jabbing.

“I think I heard Andre Ward say this. ‘Just attack his body.’ If it was that easy, then everyone would do that,” said Yarde. “I hurt him to the body in the late rounds when I just went for it. I hit him with a couple of body shots before that. But I hurt him to the body, and I decided in my mind, ‘Let’s go for this.’ That’s a brave thing to do. Some people say it’s a stupid thing to do and others say it’s brave. That was a certain thing going through my head where I said, ‘I’m going to do it now, and that’s it, end of story. That’s when I hurt him to the body.

“Kovalev, he’s not rubbish. He knows what he’s doing, and he’s very experienced. It’s not easy to go to his body. Andre Ward didn’t just go to his body. It wasn’t until Andre Ward hurt him, then he went to the body. When I did hurt him to the head and had him wobbling, I should have gone to the body, but I didn’t,” said Yarde.

Andre Ward threw his body shots against Kovalev while wrestling him on the inside in their first fight. The referee for that fight Robert Byrd did a dreadful job of policing the wrestling by Ward. He just stood back and let Ward wrestle Kovalev for three minutes of every round, and that was when Andre would throw body shots from in close. If Ward had tried throwing body shots in the traditional manner by working his way in close, he likely would have been clipped and knocked out. In their rematch, Ward knocked Kovalev out with several shots that looked to be low, all of them.

It’ll be interesting to see if Canelo can throw body shots without getting caught with one of Kovalev’s big right hands on the way in. 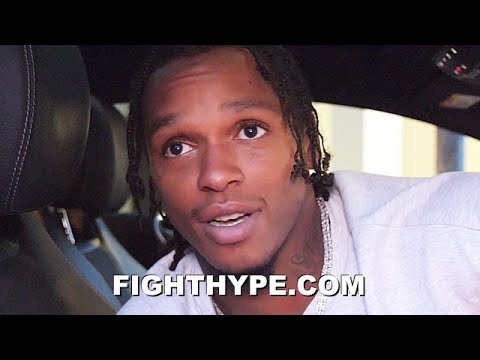 “Canelo, he’s a complete fighter. If he breaks down Kovalev, he can get the job done,” said Yarde. “He can do it with a head shot. But at the same time, Canelo has to be Canelo, and not just go out there and be reckless and stop him. He needs to box. If you go in there and try and slug, you might get caught. That’s why it’s an interesting match-up. The only reason I’m going with Canelo is because he’s shown to be a complete fighter against GGG [Gennadiy Golovkin]. He showed that he can fight in different ways. In the first fight, he boxed, and people complained and said it was a close fight. In the second fight, he went in there and walked him down, and showed that he has different aspects to his game.

“He walked him down in a good fashion as well. He’s fought other people and boxed them, and showed his head movement against [Daniel] Jacobs. He’s [Jacobs] a fantastic fighter. That was a tune-up fight for the Kovalev, because Jacobs is also tall and big for the weight [160]. He has a good jab, and moves a lot. Although it was a close fight with Jabs, it was a good fight, I feel like it prepared him for this fight. Kovalev has got a weird style. I thought the way he threw his punches, I thought he used to be a southpaw, because he uses his jab as a power punch,” said Yarde.