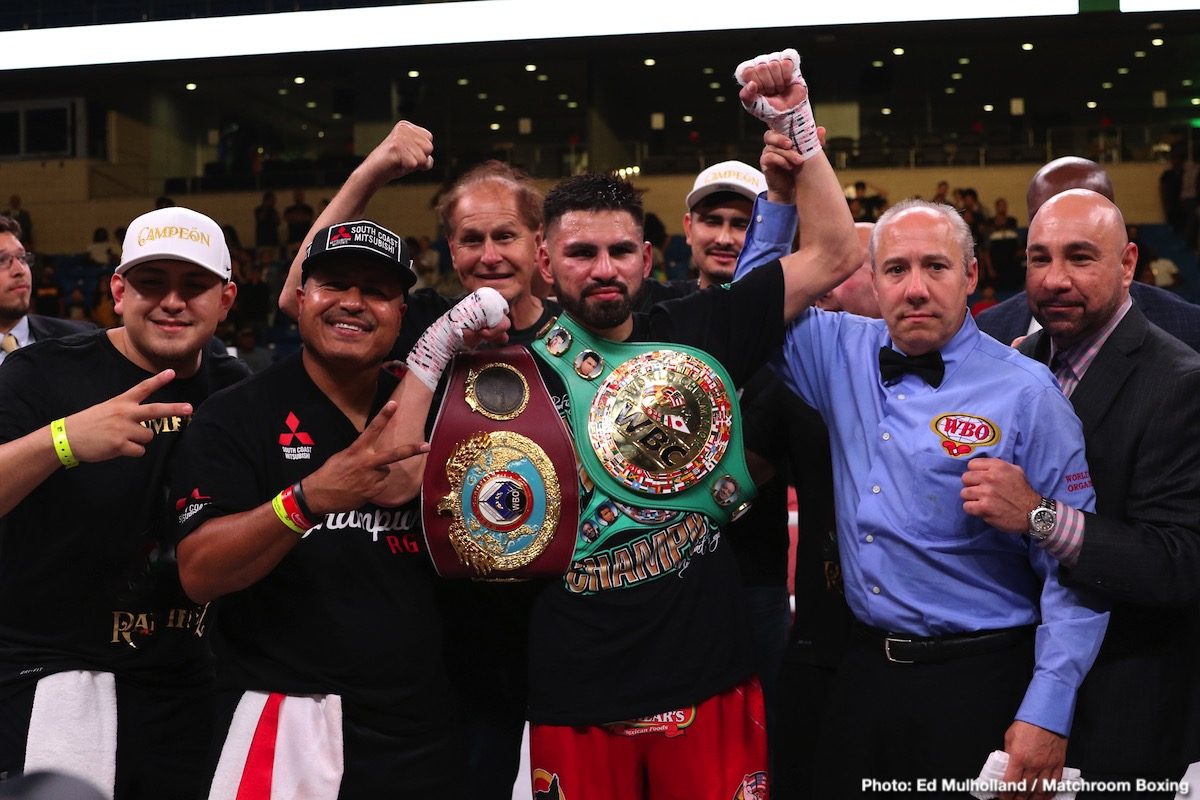 Straight after emerging victorious in his brilliant Fight of the Year contender of a battle with Regis Prograis, newly crowned IBF and WBA 140 pound champion Josh Taylor called out one man and one man only: Jose Ramirez, the reigning WBC/WBO super-lightweight champion. Now, less than a week after the Scottish hero scored one of the finest wins ever seen by a British boxer on these shores, Ramirez has made it abundantly clear that he is ready and willing to fight Taylor – even if it means a trip to the UK.

Speaking with Sportsmail, Ramirez, unbeaten at 25-0(17) said that all he needs “is the ring.”

“Listen, it really doesn’t matter to me where the fight is,” the Mexican/American warrior said. “All I need is the ring. I am willing to fight on a different [TV] network or whatever and I did that against (Maurice) Hooker (in Ramirez’ last fight, an impressive July stoppage win). I fought in his backyard. I wasn’t going to let go of that opportunity to unify the titles and I am willing to go to the UK. In order for someone to become a world superstar, they have to be able to adapt to boxing in different venues, different cities and different countries. Boxing in America has been Las Vegas or Madison Square Garden and it would be a great opportunity for Josh Taylor to make a name for himself over here. However, this fight can also be a great opportunity for me to make myself known in Europe.”

Wherever this fight took place (or takes place; both guys want it so it should happen), fight fans everywhere would be happy. Arguably one of the hottest fights out there today, certainly from the lower weight divisions, Taylor-Ramirez, or Ramirez-Taylor (just who would be the A side?) is quite simply a guaranteed war. Who wins? Who on earth knows! Two tough, skilled and fiercely determined fighters, both at their peak and both undefeated, this one would be/will be special.