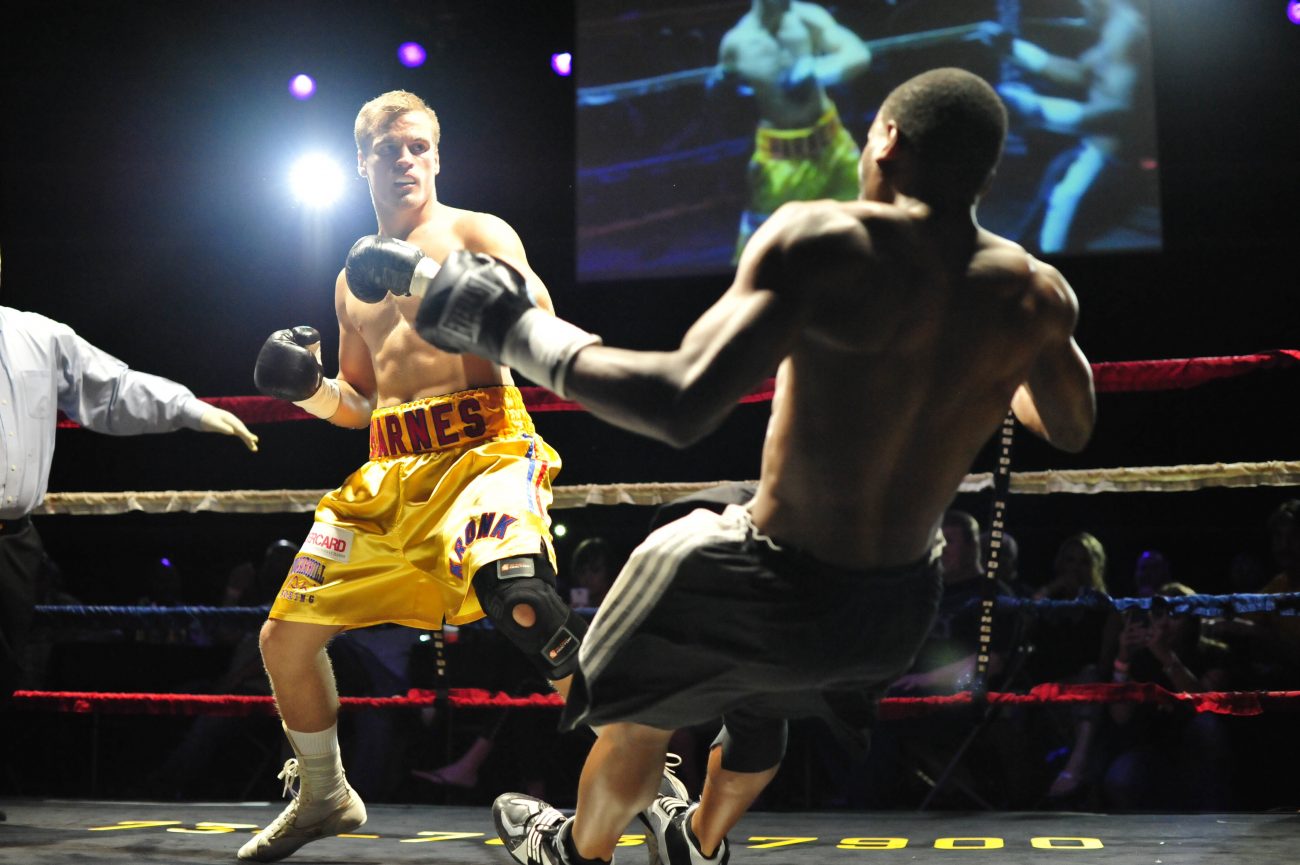 The KP Production’s 10 fight card at the Royal Oak Music Theatre, was more than expected. The last two showcase fights, ended in first round KO’s for the local winners Anthony Barnes and Michael Portillo. Barnes now stands at 6-0. His opponent, Darryl Fields from Akron, Ohio was a last minute substitution. Fields was caught off guard as Barnes landed an early heavy handed right with 21 seconds into the fight. Fields attempted to stand but it was all over.

Portillo’s opponent, Bernard Webster of Shawano, Wisconsin suffered a broken rib and the fight had to be stopped. Portillo, a Detroit native son, who had a large following, went to 3-0.

The slugfest four rounder between Dewayne Zeigler and Tony Walker was the highlight of the evening. Walker of Cincinnati (5-5-2) fought Zeigler now of Detroit by way of Alabama (3-0-1) to a draw. It was the battle Zeigler needed and he used his speed to escape trouble. He knew he was in a war. Walker matched hard blows and roundhouse lefts and was even the winner on some observer’s unofficial scorecards. Each fighter countered with flurries. This would be a huge rematch with real crowd pleasing potential. Walker said post-fight, “I am glad I was able to respond and give a good showing. He knew he was in a fight.”

Zeigler who goes by ‘Alabama’ had been bruised and bloodied and was frustrated. He didn’t help his showmanship style by cursing at the audience during post fight comments. Long time boxing observer Robert Woods said, “Alabama got more than he expected. Alabama was fortunate to escape with a draw.”

Veteran trainer James Lester had two of his fighters warned during their bouts. Leandre White (7-0. 2 KO’s) used hard lefts to get a four round middleweight decision over Quincy Brown of Montgomery, Alabama. White was cautioned for low blows. The bout started late as there was a wrong glove issue.

Dorrell Van Horn Jr. (5-0, 4 KO’s) knocked down Pete Cajigas of Chicago in the first round with a crisp left and went on to a four round super-middleweight decision win. Cajigas was hampered by an earlier head-but that bled and obscured his vision in the fourth and final round.

Heavyweight Craig Lewis made his long anticipated professional debut with a four round decision over a strong Raymundo Lopez (4-11) of Holland, Michigan. Lewis, a former Golden Gloves National Champion, was cautious and Lopez surprised with his aggressiveness and strong showing.

Detroiter Ed Williams who is trained by Frank Tate went to 5-0-1 with a second round KO over Jose Araguz of Benton Harbor, Michigan.

In a woman’s bought, Callie Cutler of Brighton, Michigan took out Tiana Barber of Toledo, Ohio. Barber, who suffered a broken rib, could not finish the first round. It was Cutler’s first pro win.

Anthony Gallerani (3-1) of Livonia, Michigan had spirited supporters but lost for the first time in a four round bantamweight split decision over Carlos Alcala of Chicago. It was a close slugfest and became Alcala’s first pro win (1-4).

Junior Wright (11-0-1, 9 KO’s) also of Chicago got a unanimous cruiserweight decision over Marlon Hayes (23-15, 11KO’s) of Brooklyn, New York. Wright was frustrated by the unorthodox style of Hayes. Hayes kept interacting with the opposition corner and chatting up hecklers in the audience. He was staggered in the sixth with a heavy left from Wright. Hayes lost his chance for an upset by being penalized a point in both the fifth and sixth for clutching.

Matchmaker Carlos Llinas said, “The crowd is very responsive to the quality of boxers tonight.”