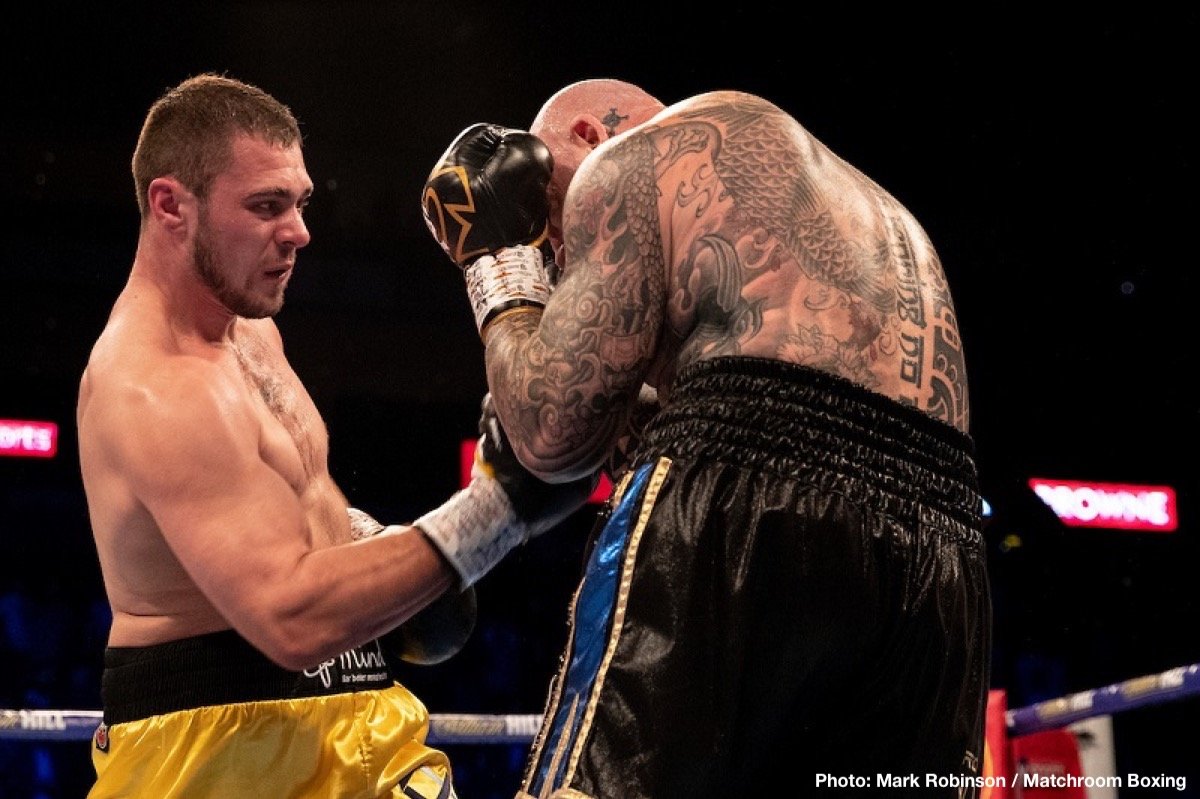 Two British heavyweight punchers who have each tasted the pain of defeat whilst fighting on the big stage but who are currently back in the win column, one of them in a pretty big way. It’s David Price and David Allen, and they could be fighting one another next. And right now, courtesy of his career-best win/performance against Lucas Browne, plenty of people are thinking Allen, much the younger man, might just have too much for the more experienced Price.

Allen, taking the sport as serious as can be at last (this after both looking poor in fights and losing some) looked very good in taking out the Australian with a neatly placed shot to the body; last night’s win surprisingly quite a few fans and experts. Braced for a war and a battle of attrition, fans at The O2 instead got a short night. Still, nobody was complaining or booing. Fans are very much interested to see how far the new and dedicated Allen can go in the sport.

The winning of a world title might prove to be a league above for the man known as “The White Rhino,” but Allen could knock off a few contenders if he fights as well as he did last night. And Allen might knock off Price if the two do clash.

Price, still healing up after being bitten more than once by deranged foe Kash Ali in his last fight, has won his last two and he is certainly a bigger puncher than Allen. But who has the better chin? And would Price be able to take the kind of nasty body shot Allen landed on the man known as “Big Daddy?”

It could prove to be a rocking night at The O2 or at whichever venue stages this fight if it indeed takes place, and with the kind of solid under-card promoter Eddie Hearn puts on quite regularly to back up Price versus Allen, fans could get a great value for money show.

We didn’t see an all-out war last night between Allen and Browne, but we might be treated to one if and when Allen and Price rumble. Or would we see Allen’s handiwork notch up another impressive and notable win at the expense of Price and very possibly the Liverpool giant’s career?

A year or so ago, almost everyone would likely have picked Price over Allen in a fight, even when taking into consideration the humbling KO losses Price suffered. How things can change with just one performance from a fighter.