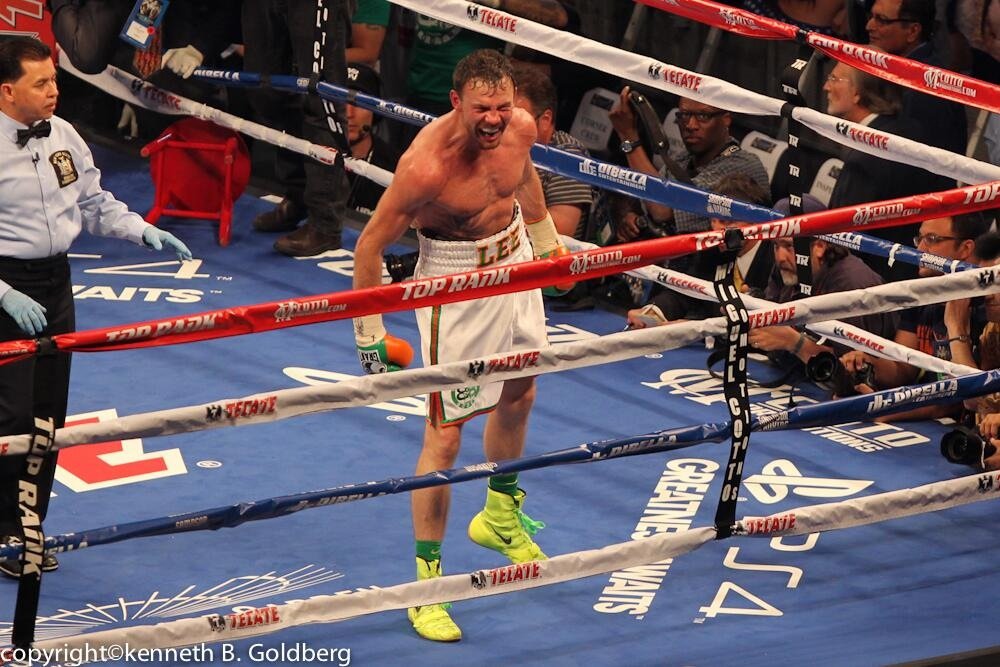 Middleweights Miguel Cotto and Andy Lee are both coming off a defeat and both the former world ruler and the former WBO champ are set to return to action in New York in June. Lee, who lost his belt to Billy Joe Saunders in December, wants to fight Cotto, who lost his lineal crown to Saul “Canelo” Alvarez the month before.

Lee, who says he doesn’t think Saunders will give him a rematch, took to Twitter last night, to call out the Puerto Rican great:

According to rumours floating around on the net, Cotto’s June 18th return could be against anyone from Ruslan Provodnikov, to Diego Chaves, to Juan Manuel Marquez. Cotto against Lee is arguably as good a match-up as those, however. Okay, the Marquez fight would be a fight between two future Hall of Famers and would likely attract the biggest audience, but Marquez has already said he needs to make a May tune-up fight before he takes on Cotto, who he said he would possibly fight in September or October. So, Provodnikov aside, Lee is the most interesting possible foe for Cotto.

Lee, a dangerous southpaw, would likely convince a good number of fans how he would beat Cotto; maybe even stating how he would become only the second man to stop the former four-weight king (I’m not counting Cotto’s first loss to Antonio Margarito as a legit/fair stoppage win, for obvious reasons). Cotto needs a good opponent for his return, not a “safe” opponent he knows he can easily defeat. The jury is out on hw much both Cotto and Lee have left, but judging by their last outings, neither guy appears to be anywhere close to finished.

Cotto boxed brilliantly against the bigger, younger Alvarez, even feeling he had won the fight after the 12 engrossing rounds. While Lee, though floored twice by Saunders, lost only via a majority verdict. Styles make fights, as we know. It might just be that southpaw puncher Lee against all-round master Cotto would make for a great, exciting fight.