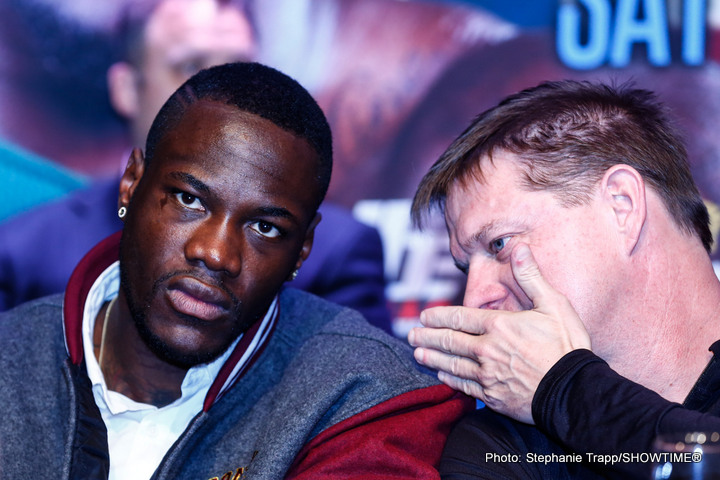 A lawsuit seeking damages for defamation and breach of contract was filed today by boxer Aleksandr Povetkin and his promoter Andrey Ryabinsky, President of World of Boxing promotional firm . The complaint was lodged today in the United States District Court for the Southern District of New York. The defendants are world super heavyweight boxing champion Deontay Wilder, DiBella Entertainment and its CEO, Lou DiBella. The claim is for at least $34.5 mln.

On 21st May 2016, a fight organized by World of Boxing was due to take place in Moscow between Povetkin and Wilder, in which the latter was to defend his champion title. But Wilder refused to fight because one of Povetkin’s samples (the fourth of six) tested positive for traces of meldonium – 0.07 micrograms per millilitre. Such a small amount of meldonium could not have been due to “doping” between two tests, because even if the minimum dose had been taken the level would have been dozens of times higher. As the result he World Boxing Council (WBC) postponed the fight pending clarification. Meanwhile, the World Anti-Doping Agency (WADA) had previously acknowledged that the process of excretion of the substance from the body could take many months and had not been fully studied. Despite this, the US side hurriedly made a public statement about the fight being cancelled and ran to the press accusing the Russian boxer of taking banned drugs and lying about it. Similar statements were published repeatedly in the press.

Andrey Ryabinsky, head of World of Boxing: “The Wilder side has behaved in an unsporting and disrespectful way. I’m convinced they did this deliberately, because they were afraid of the fight with Povetkin. But we will not let this pass unchallenged.”

Elmira Kondratyeva, Partner at Forward Legal law firm, who is representing the interests of Boxing World: “We rate the chances of winning quite high, as Wilder’s statements are having an extremely negative impact on the reputation of one of the most respected boxers in the world.”

To recap, from 1st January 2016, WADA included meldonium in the list of banned substances. But it has also recently announced that the excretion of meldonium from the body can take several months. In addition, WADA has stated that levels of less than one microgram do not require an athlete to stop participating in competitions. And WBC rules state that the Council is obliged to “consider all the circumstances” before taking adverse action in respect of doping tests.

Andrey Ryabinsky and Alexandr Povektin therefore regard the statements about the cancellation of the fight and accusations regarding the use of meldonium after its prohibition as defamation, and are demanding damages of more than $34.5 million from the defendants.