Amir Khan promises that fans will see a “war” between him and Kell Brook on February 19th in their headliner fight on Sky Box Office at the Manchester Arena in Manchester, England.

The winner of the Khan vs. Brook can make a TON of money fighting unbeaten Conor Benn.

Basically, Khan vs. Brook is a defacto eliminator for a massive money fight against unbeaten Conor Benn (20-0, 13 KOs). Although Benn isn’t a world champion, the money that will be at stake for a fight against him will be tremendous for the Khan-Brook winner.

Khan, 34, is training on Christmas, and he plans on staying busy up until his 12 round fight with former IBF welterweight champion (39-3, 27 KOs) in two months from now.

There’s a lot of “bad blood” between the former IBF/WBA 140-lb champion Khan (34-5, 21 KOs) and Brook, and he wants to get it out of his system by giving Kell a beating that he won’t soon forget.

Khan had to agree to a 149-lb catchweight to get the fight because the junior middleweight Brook didn’t want to come down to 147 as he’d done in his last fight with disastrous results against WBO welterweight champion Terence Crawford in November 2020.

“It’s Christmas today, and we have been training, we have the gym, and working really hard with no days off,” said Amir Khan on social media. “Yesterday, we trained as well on Christmas Eve.

“All this talk where he was saying, ‘Yeah, I’ll fight Amir at any weight. You tell me, I’ll be there.’ That was not true. I did this for my fans, really.

“I did this for you guys to make sure that we get the fight, so no one can ever say that I don’t want to fight him. The reason the fight didn’t happen [until now] is because he [Kell Brook] kept messing about and changing the goalposts.

“Then I agreed to everything he wanted. He wanted the fight at 149, and I’m like, ‘Yeah, no problem,’ even though 147 is the weight division. 149 is not a weight division, but it is what it is,” said Khan about him agreeing to the weight that Brook wanted or needed for the fight.

“Tomorrow is boxing day, and we’ll be in the gym, so there’s no days off here. Every day is a workday,” said Khan. “A day off for me now is doing one session.

“Normally, it’s twice a day, but I enjoy it. It’s work, and maybe this will be one of the last camps. We’ll see how things work out.

“I’ll have to give it my all, but I am enjoying and loving it. It’s great to be part of this team with BoMac and Crawford, and everyone. The team is brilliant, man.

“When you’ve got a big fight in front of you, it’s motivation on its own. You want to go there and prove that you still belong at the top level. People say what they want with respect to Kell Brook. We’re going to be going in the ring and be in the best condition we can be in, both of us.

“It’s all about sticking to the game plan and being smart and giving our all. The fight with Brook obviously has been very bad blood for a very long time.

The hatred has been building between Khan and Brook for over ten years, so it’s not surprising that the bad blood is ready.

Brook, 35, is bitter about calling Khan out for 10+ years without being given the fight. Had this contest happened years ago, Brook’s popularity likely would have soared worldwide, making him millions.

Instead, Brook was shut out by Khan and had to be content with fighting Gennady Golovkin, Errol Spence Jr., and Shawn Porter.

None of those fights compared to the money Brook would have made against Khan if they had fought years ago when they were both at the height of their fame.

Khan’s net worth of $40 million dwarfs the $3 million that Brook has, and things could have been different for Kell if he’d gotten the fight with Amir earlier. Because of that, Brook has a reason to be a little disgruntled.

If everything works out well for Brook with him beating Khan, he may get the Conor Benn fight next and make millions off that fight, assuming he doesn’t scare him and his promoter Eddie Hearn away.

Beating Khan by a fast knockout might work against Brook because Benn is being brought along very slowly against old guys with no power. Yeah, Brook is pretty old, but he’s got tremendous power, and he would be trouble for Benn if he could land on him.

I mean, we saw what the heavy-handed second-tier fighter Cedrick Peynaud. He dropped Benn twice, blackened both of his eyes, and was arguably robbed in their first fight in 2017.

Tickets sold out in 10 minutes

“A lot of stuff has been said for many years, and we can put it to rest come February 19th,” said Khan. “Tickets all sold out at a quick time. I want to send a big thank you to all the fans. Within ten minutes, all the tickets were sold out.

“That’s ridiculous, guys. I’ve never seen nothing like that happen before in any sporting event. Six minutes. I want to send a big thank you to you all. Without you guys, that would never happen,” said Khan.

“That shows how many people are interested in the fight. I mean, it is a big fight because it’s been talked about for a very long time. At the same time, we don’t like each other, and it is going to be a war.

“That shows in six minutes [that boxing fans want to see Khan vs. Brook]. I mean, all these people that were saying that ‘the fight is done and that it’s not going got be an interesting fight.’

“It’s a slap in your face because it’s a fight that everyone wants to see. I’m going to try to get some more tickets because of the amount of people that have been hitting me up as well and hitting my team up as well that they want tickets.

“We’re going to try our very best to get more tickets, but at this moment in time, honestly, it’s literally all sold out. Guys, we’re not going to let you down. Come February 19th, I’m going to give it my all,” said Khan.

The organizers for the Khan vs. Brook event appear to have underestimated the interest the boxing public would have in this fight. Had they known what a huge demand there would be from fans to see the Khan-Brook clash, they could have staged it at a larger venue like Wembley Stadium instead of 21,000 seat Manchester Arena.

Wembley Stadium seats 90,000, which would have been the better venue for a fight like Khan vs. Brook. 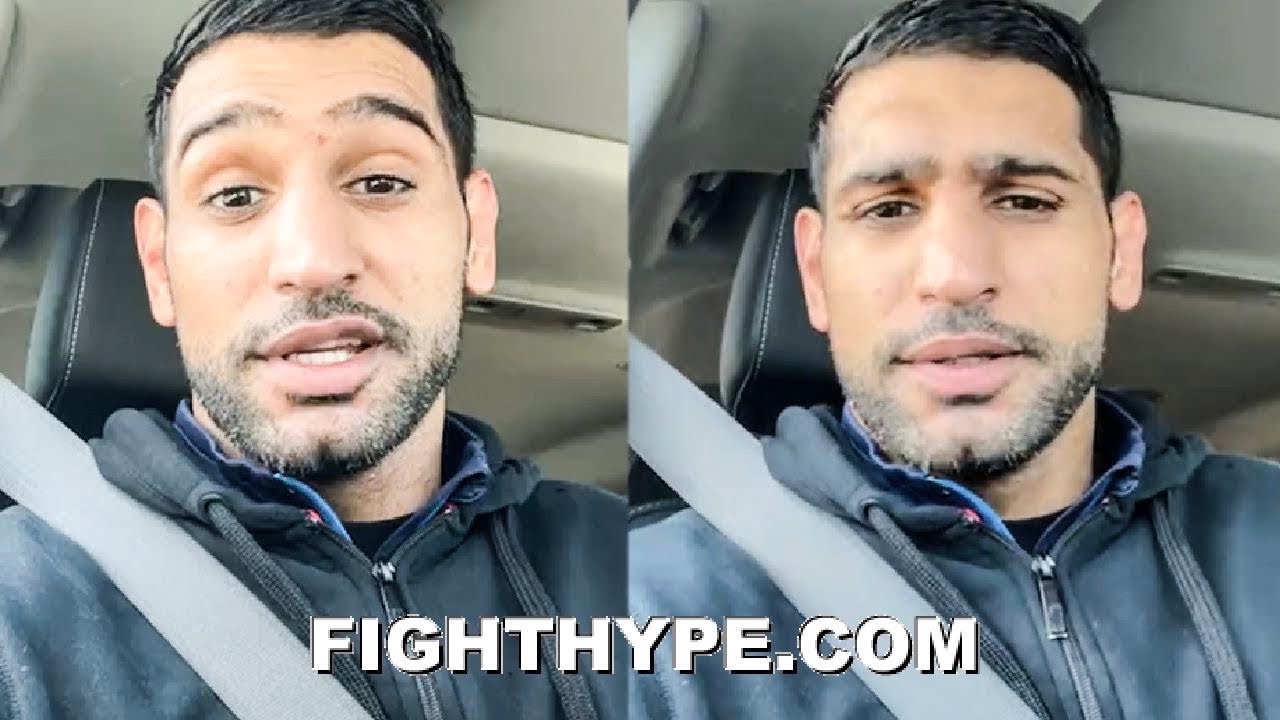