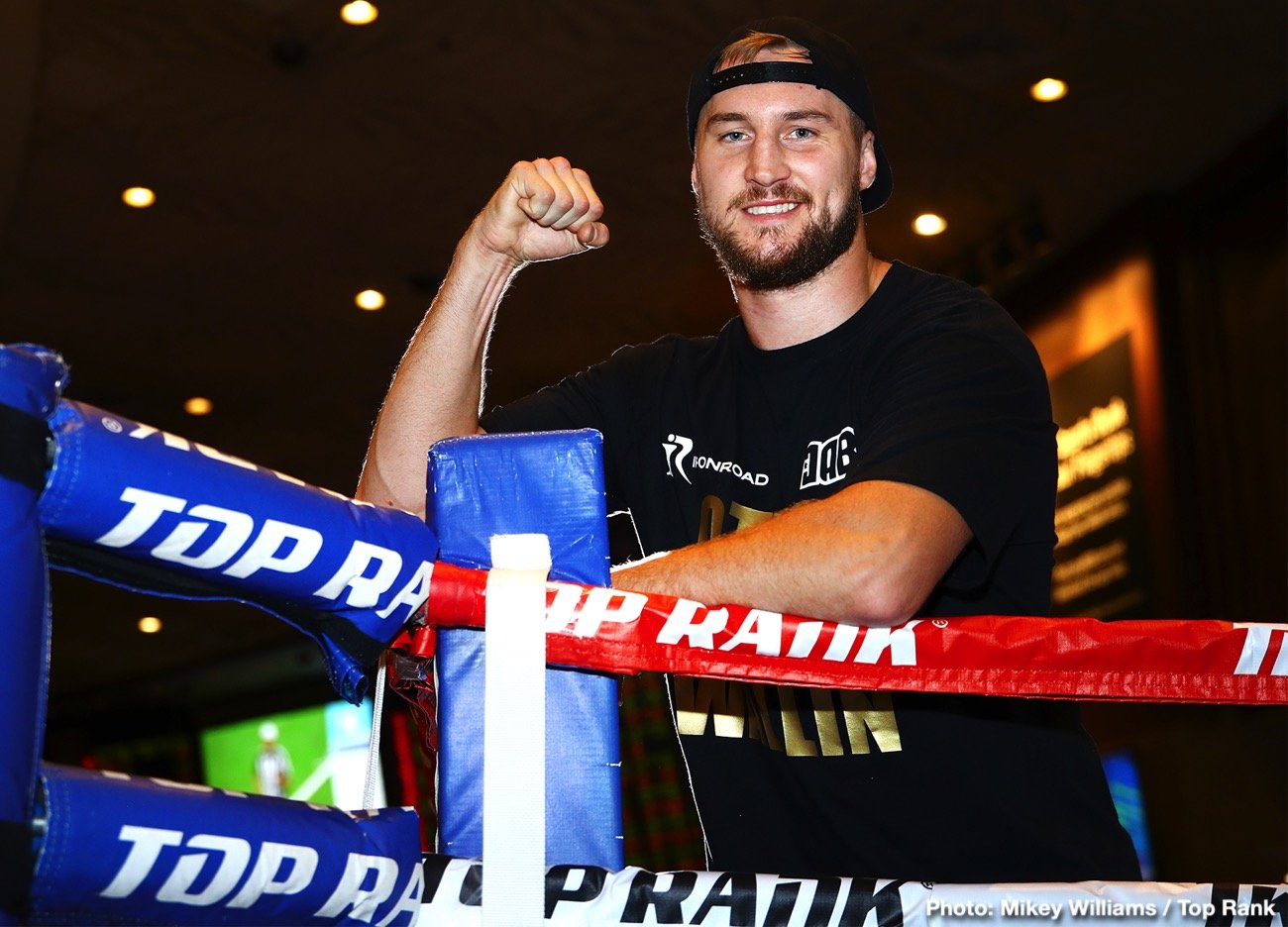 A number of prominent heavyweight boxers have learned firsthand how nasty it is battling the coronavirus. Travis Kauffman was possibly the first world-ranked fighter to have battled the virus, while 1990’s/2000’s powerhouse Derrick Jefferson was so ill with coronavirus, he was reportedly put into a coma. Thankfully both men are recovering.

Otto Wallin has also beaten the bug, and is currently training in isolation at his home in New York. And, as per his promoter Dmitry Salita, who spoke with Sky Sports, the tall Swedish southpaw has a plan: “two or three comeback fights and then he will be truly ready for the (Tyson) Fury rematch.”

As fans know, a largely unknown Wallin came frighteningly close to pulling off the upset against Fury last year, when the unbeaten Swede opened a truly nasty cut (two cuts actually) around Fury’s eye in Las Vegas. Wallin wasn’t alone when he said the fight should have been stopped, so badly bleeding was Fury. Now 29 year old Wallin, who is 20-1(13) and has yet to fight again since the near miss versus Fury in September, wants to resume full training next month. Along with overcoming coronavirus, Wallin has also had a foot injury to contend with.

“Otto is in New York now. He is recovering and doing physiotherapy at home for his foot,” Salita told Sky Sports. “He will be ready to get back to normal training at the beginning of May. He has had a challenging few months with the foot injury and then the coronavirus, but he’s in good spirits and now in good health physically. Once things get back to normal, we will schedule him for a return to the ring. Tyson Fury is the king of the division. Outside of him, it’s wide open and I believe Otto is the best of the pack. Once he gets two or three comeback fights, he will be truly ready for the Fury rematch.”

The question of whether or not Wallin actually gets a rematch with Fury is as impossible to answer as, when will the coronavirus go away? No-one knows Fury’s plans, but “The Gypsy King” has spoken frequently of wanting maybe three more fights at the most and then he will retire. The big one we all want of course is Fury-Anthony Joshua.

But that fight is extremely unlikely to take place until next year. Will Fury fight Deontay Wilder a third time next, as is contracted? The way things are in these unprecedented times, nobody knows what will happen. Wallin, though, is a good fighter and he figures to feature in more big fights in time. As Salita says, when things get back to normal.