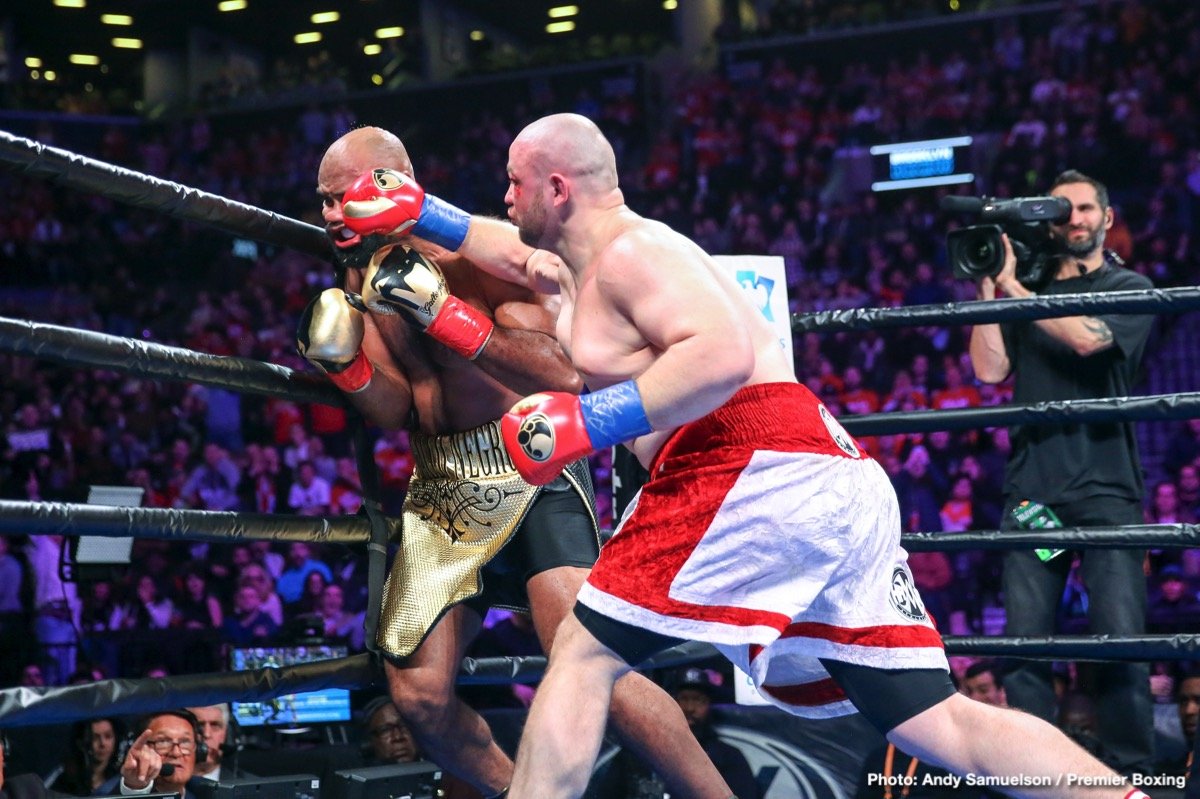 Unbeaten and fan-friendly slugger Adam Kownacki is very much in the frame for a shot at WBC heavyweight champ Deontay Wilder, with whispers saying the exciting Polish warrior could fight Wilder in the first quarter of next year. In the meantime, the still-learning (by his own admission) contender plans to keep himself busy. Kownacki turned down any chance of facing WBA/IBF/WBO heavyweight ruler Anthony Joshua at short-notice on June 1, believing, smartly, how he needs further work before he’s ready to go for the ultimate prize.

That said, it looks as though Kownacki, 19-0(15) will fight again some time in the summer and the likely opponent will be Finland’s Robert Helenius. Interestingly, Helenius is reported to be headed to Wilder’s training camp to spar with Deontay as he gets ready for his May 18 defence against Dominic Breazeale in New York. So, Helenius, 28-2(17) should be in good condition, speed and timing-wise, for the fight with Kownacki.

Yes, Helenius has seen better days, but as a fight for the still improving Kownacki the tall Finn makes an interesting opponent; certainly a passable and acceptable opponent. Kownacki, making short work of Gerald Washington last time out (winning inside just a couple of rounds back in January) perhaps feels he needs rounds and that Helenius, who has been stopped just once, can give them to him. Helenius did take Dillian Whyte the full 12-rounds not too long ago and he is coming off a useful win over Erkan Teper.

Kownacki, with his aggressive style and his fast hands, should certainly get the win yet Helenius might be able to test him somewhat along the way. Don’t be surprised if Helenius gets home with a few shots in the fight, and don’t be shocked if this one goes the distance.

Helenius will spar the lethal-hitting Wilder, so if he comes through that hell in one piece he may feel the punches Kownacki hits him with (without head-gear being worn of course) are pitty-pat in comparison. But who might Kownacki spar to get ready for the fight with Helenius?