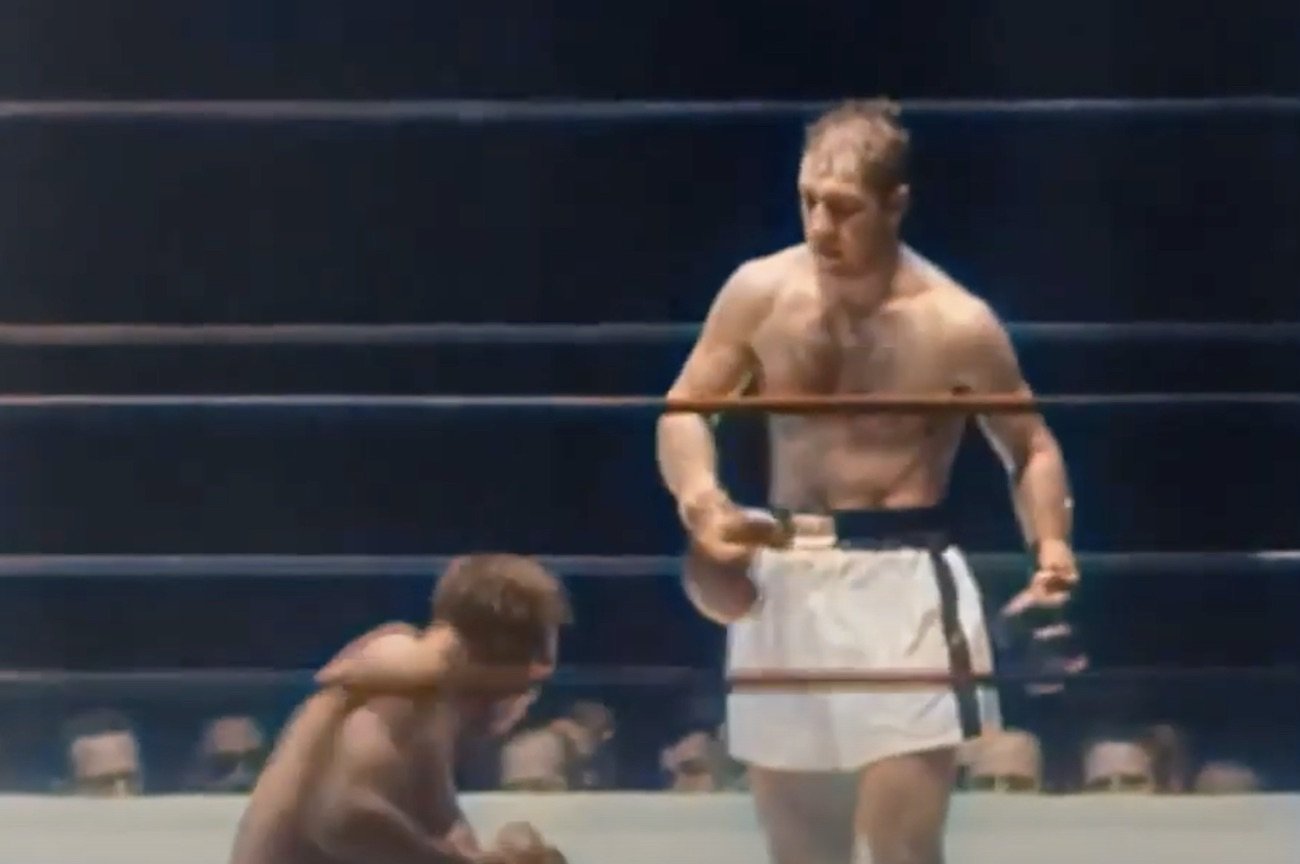 A perfect fighting machine who left the ring with a spotless record. 49-0 with 43 KO’s. This was the record the one and only Rocky Marciano said goodbye with on this day in April of 1956. Heavyweight champion for four years, with six defences under his belt, the 32-year-old “Rock” surprised many with his announcement. These days, a starfighter at any weight would be offered a ton of money to have one more fight and go out with a nice, shiny 50-0 ledger. But Rocky had had enough.

There are a number of reasons put forward as to why Marciano decided to retire when he did. He was suffering from a bad back, one that made the ordeal of getting through a training camp so much harder – Marciano would put himself through incredible pain and suffering in each and every training camp he had, this before his back began playing up. His manager Al Weill was taking far too much of his purse money. Rocky’s family wanted him to spend quality time with them.

Perhaps it was a combination of all three reasons, and maybe Marciano was one of the smart ones. Sure, he could have fought on and won – his next fight had he carried on would have been against Floyd Patterson, who instead fought Archie Moore for the vacant title. But Marciano didn’t want to risk it. Today, we can look back on far too many examples of fighters pushing their luck too far, having that “one more fight,” and being beaten and embarrassed, or worse. Rocky went out on his own terms.

This is not to say Marciano wasn’t tempted. After Swedish slugger Ingemar Johansson upset Patterson to take the crown in 1959, Marciano began training, the idea being to come back and fight Ingo. But it was too tough, too painful. Marciano gave up on his comeback idea after just a month in camp.

Notoriously frugal with his money in retirement – and having gone through what he did in the ring to earn it, who could really blame him – Marciano went as far as to bury vast amounts of his fortune in locations that remain a mystery to this day. And then, sadly, cruelly, Rocky was killed in a plane crash at the age of 45 (a day before his 46th birthday) 13 years into his retirement.

Beloved like precious few fighters, Marciano has a special place in the hearts of fight fans today; even those who were not even born when he was fighting. And of course, Rocky’s incredible ring record continues to be celebrated (despite what a certain Floyd Mayweather did in August of 2017, “officially” surpassing it with his win in that curiosity of a fight with an MMA fighter).

No heavyweight has ever beaten Rocky’s numbers and perhaps never will. There will never be another Rocky Marciano.