Chris Eubank vs Michael Watson II – a fight that will never be forgotten by all those fans who witnessed it, and a fight that forever changed the sport and its medical practices here in the UK. It was 30 years ago today. Watson was hurt bad in the 11th round when a desperate Eubank rose from the canvas to sensationally turn the fight completely around. And almost end Watson’s life.

We watched Watson’s progress on TV on a daily basis. Watson, who made a nothing short of miraculous recovery after spending 40 days in a coma due to the brain injury he suffered in the fight, fought the fight of his life in saving his life. 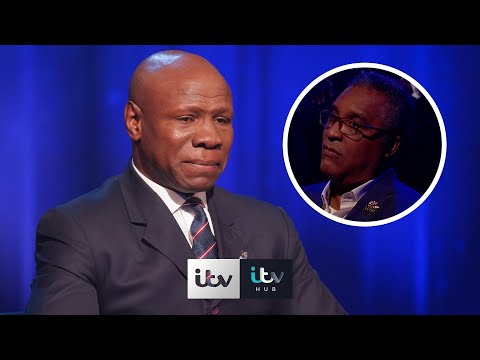 What happened in that fateful 11th round – Eubank being sent to the canvas, seemingly all done, only to come back with that brutal uppercut that heavily decked Watson, his head hitting the ropes as he fell – was nobody’s fault. Watson understands this today, yet Eubank still has inner demons. The fight should have been stopped right then and there, instead the 12th round was permitted to begin. Watson had nothing left and he was soon knocked down again. Eubank, a great fighter, simply did his job in going for the finish against another great fighter.

All these years later, the fight still resonates powerfully with British boxing fans. The two bitter rivals had met in a middleweight title fight that June, with Eubank winning a hugely controversial decision. The rematch was demanded, it had to happen. When the two did meet again, Watson bossed the fight in surprising fashion. Eubank was never closer to losing his unbeaten record. Then, in that tragic 11th round, Eubank, fighting on sheer instinct, turned the fight around, in so doing forever changing his life and the life of Watson.

Watson made it back to his corner at the conclusion of the round, with assistance, but he should have been pulled out right then and there. Almost unable to move his feet and reach the middle of the ring to touch gloves, Watson was already damaged. Shockingly, there was no ambulance on the scene, nor were there any ringside paramedics. It would be around 30 minutes before Watson was in hospital and an additional four hours before he was taken to a second hospital, one that had the necessary neurological expertise that would ultimately save his life.

As a result of what happened in the September 21st fight, medical protocol was forever changed in British boxing. This might be the real legacy of the fight. One of the darkest hours in modern day British boxing, Watson would spend many months in hospital.

But as Watson said earlier this year, he is able to “live and love.” Watson holds absolutely nobody to account for what happened to him 30 years ago today.