Wardley (12-0, 11 KOs) notes that Usyk (18-0, 13 KOs) has not looked particularly great in his two fights in the heavyweight class against Chazz Witherspoon and Derek Chisora, which is why it’s all the more difficult to imagine him doing well against Joshua (24-1, 22 KOs).

Usyk, 34, has age, size, speed, and power going against him with his battle against 31-year-old 6’6″, 245 lb. Joshua. On top of that, Usyk will be fighting Joshua in his home country in England at the Tottenham Hotspur Stadium in North London.

That’s not to say the judges or the referee will play a part in the outcome. It’s more of a situation where Joshua will be energized to fight harder with the fans’ applause.

With that said, Usyk showed that he could come into England to defeat a British fighter in 2018 when he stopped former WBC cruiserweight champion Tony Bellew, by an eighth round knockout, but that was a fighter that is nowhere near the talent level and size of Joshua. 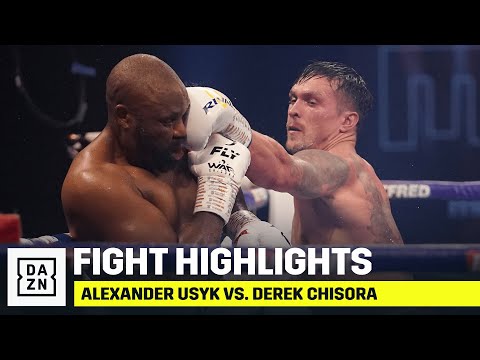 “He [Oleksandr Usyk] has not pulled off the best performances since he’s been in the heavyweight division, so to then jump in with someone like Joshua, it’s quite a big leap,” heavyweight Fabio Wardley said to the Betfred TV Boxing Show.

“Not to say that Usyk doesn’t have the experience to deal with that but just going off what we have seen, that is where I’d edge it,” said Wardley.

Usyk has the experience to win this fight, and he definitely has the boxing ability to do the job. But in terms of size, speed, and power, Joshua will have a big advantage over the 2012 Olympic gold medalist Usyk.

It’ll be a massive upset if Usyk defeats Joshua, and it could potentially ruin his career. Losing to the fat 269-lb Andy Ruiz Jr was a bitter pill for Joshua to swallow in 2019, but it would be far, far worse for AJ to get beaten by a small heavyweight, who is this generation’s version of Chris Byrd.

Obviously, Joshua will want an immediate rematch with Usyk should he lose to him on September 25th, but a second defeat for AJ would leave his career in tatters.

How would Joshua’s ingenious promoter Eddie Hearn bring him back from two consecutive defeats to Usyk? Would Hearn be willing to roll the dice for a third go? Surely, not. 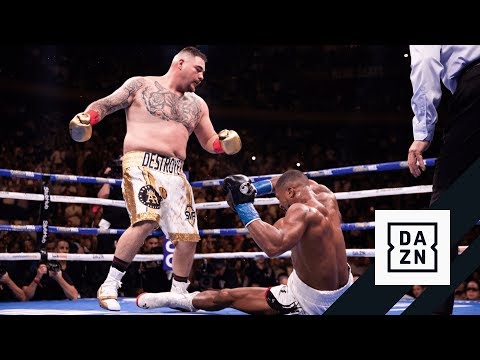 “I think he’s found that adjusting period into the heavyweight slightly more difficult than he initially anticipated,” said Wardley about Usyk.