Anthony Joshua ripped into Tyson Fury on Wednesday for him wasting the time of the boxing world by announcing a fight with him before his arbitration case with Deontay Wilder was settled.

Joshua may have misjudged WBC heavyweight champion Fury (30-0-1, 21 KOs), believing possibly that he would grovel and apologize to him and the fans for wasting their time by getting their hopes up needlessly for the August 14th fight.

There were no apologies from Fury today. It quite the opposite, with Fury unloading on Joshua with both barrels, putting the onus on him and his promoters for making the deal while his arbitration case was still underway.

Interestingly, Fury says he still wants to fight Joshua, but he wants it to be a fistfight this weekend with both fighters putting up $20 million.

Fury sounds pretty desperate at this point, knowing perhaps that he’s now lost out on the $75 million that he would have received for an August 14th fight against Joshua.

IBF/WBA/WBO Joshua (24-1, 22 KOs) gave Fury a piece of his mind today, letting him know how irresponsible he was in choosing to put a fight together with him without knowing the results of his arbitration case.

Ultimately, Fury lost the case with the arbitrator Daniel Weinstein last Monday, and he’s now been ordered to face Wilder (42-1-1, 41 KOs) in a trilogy match by September 15th.

There is one way out for Fury and that’s if he or his promoters can come up with enough money to pay Wilder a step aside to get him out of the way so that the Joshua-Fury fight can still go ahead as planned on August 14th.

Even if Fury and his promoters at Top Rank were willing to pay Wilder, they don’t have much time to get that done.

Earlier today, the WBO gave Joshua’s team a 48-year-old notice that they’ve got to prove that the Fury fight can still go-ahead for August 24th.

If they can’t prove it by the end of 48 hours, they’ll order AJ to face his World Boxing Organization mandatory Oleksandr Usyk (18-0, 13 KOs) next. 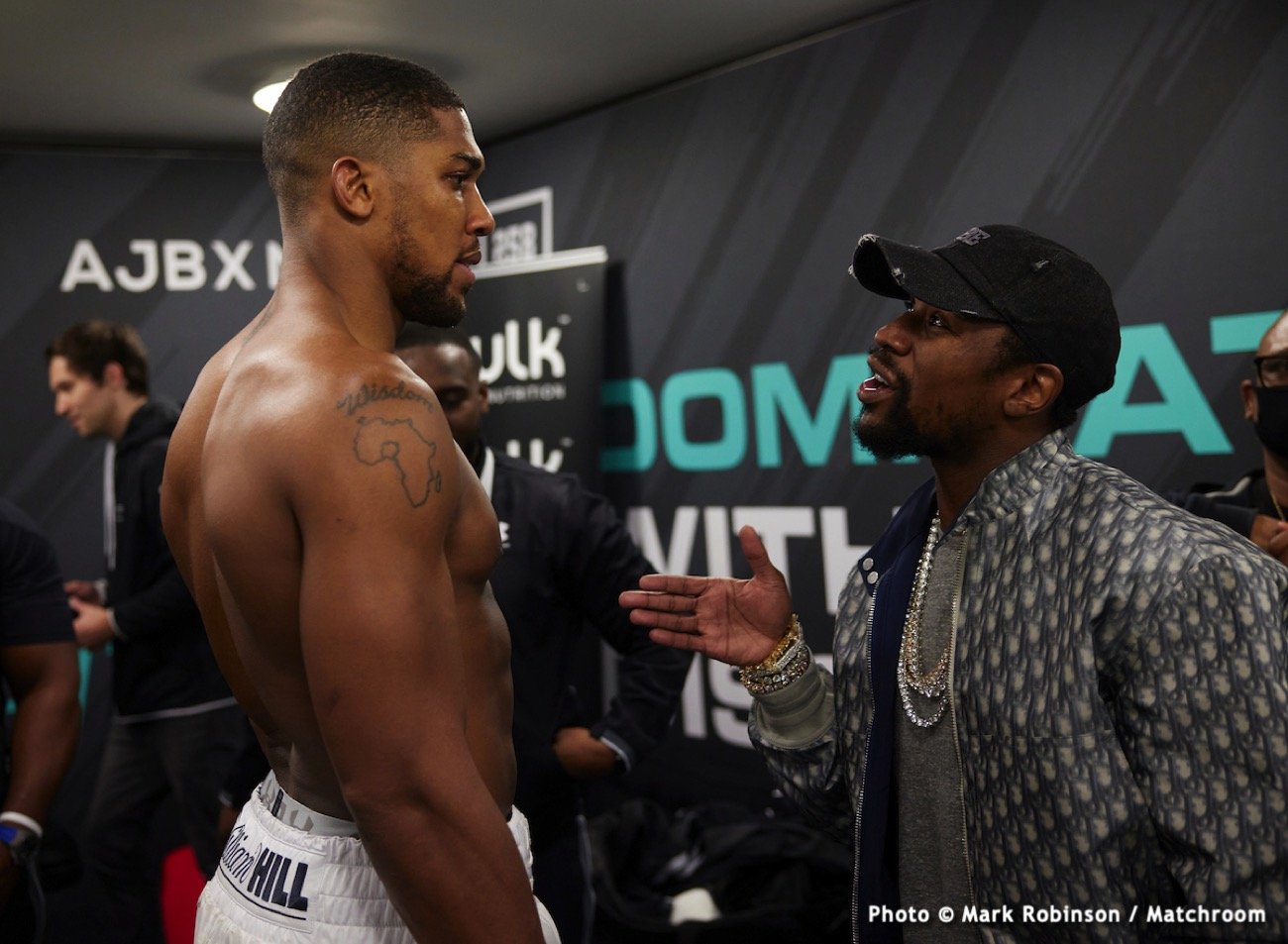 Anthony Joshua: “Tyson Fury, the world now sees you for the fraud that you are. You’ve let boxing down.”

“It was out of my hands. But I tell you what; If I’m a fraud, let’s fight this weekend bare-knuckles until one man quits. Let’s put up $20 million each.”

Anthony Joshua:  “If there was an arbitration going on, why announce to the world we are fighting! The fight was signed! UNDISPUTED.

“Bare-knuckle? You’re a good kid, don’t play with me, Luke!

“I’ll slap your bald head & you’ll do nothing! Waste man.”

Tyson Fury: “Not going into the details online! You’ll slap me about, will you, Dosser? Please come and try, Bum. I’m waiting.

“Seek and destroy. I got a lot of aggression I need to take out on my next victim.”