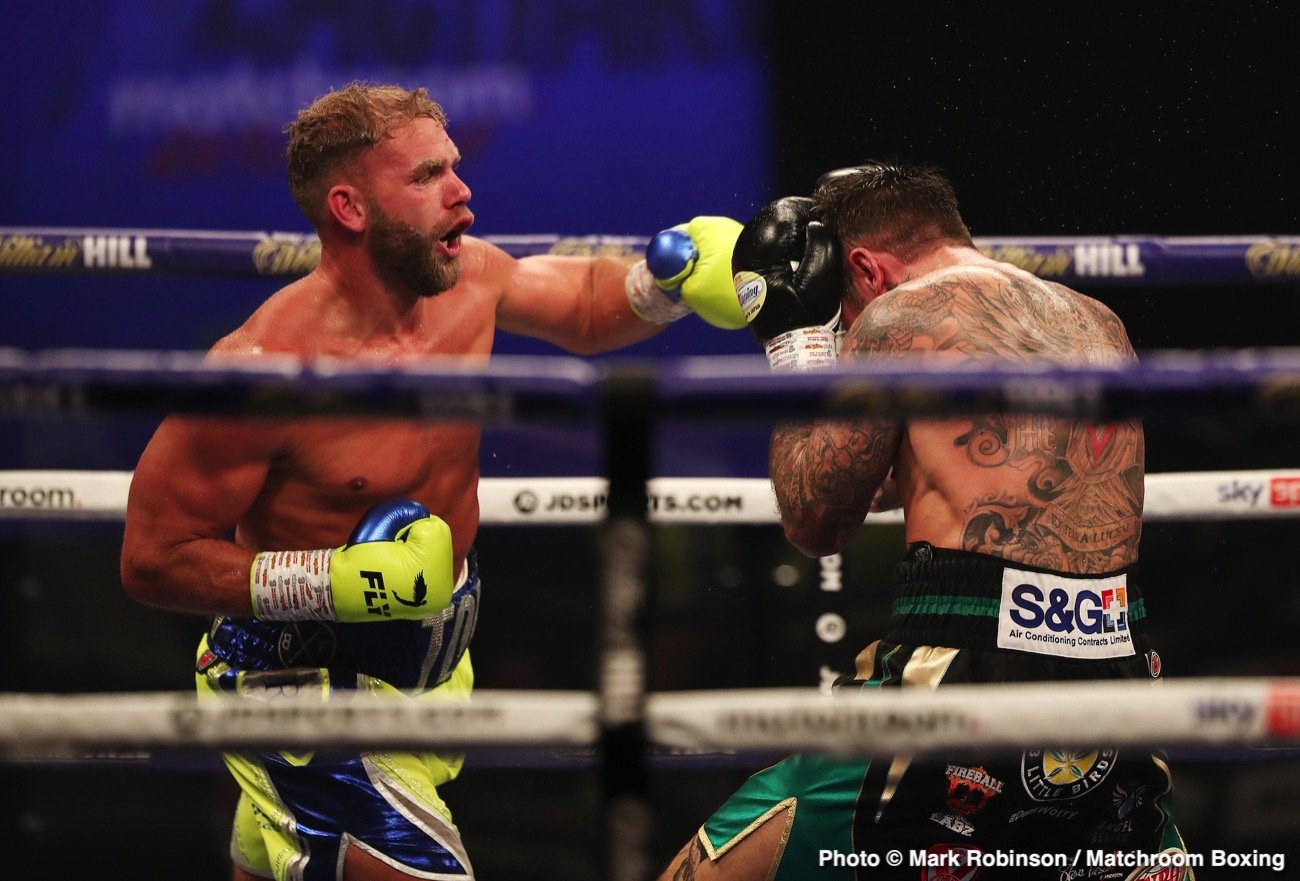 Promoter Frank Warren is pulling for Billy Joe Saunders to pull off a big win this Saturday night against Canelo Alvarez on May 8th at the AT&T Stadium in Arlington, Texas.

Saunders (30-0, 14 KOs) is entering the lion’s den as the visiting fighter to take on Canelo in front of an expected crowd of 70,000 fans in their main event fight.

If Saunders wins, it would be a massive career victory, leading him to face IBF champion Caleb Plant in September for the undisputed championship at super middleweight.

The judging could be important on Saturday if the fight is close because Canelo has proven to be hard to beat by a decision during his career.

Saunders’ absence of power means that he has little choice but to try somehow and win a decision.

Warren believes that Saunders has the ability to win this fight whether Saunders does or not will depend on the judges.

“Bill has just got to go out there and win the fight, and if he wins the fight, it’s a different ballgame, isn’t it?” said Frank Warren to iFL TV on Saunders’ match against Canelo on Saturday.

“I hope does. As I’ve said before, it’s a tough, tough fight. The weight thing is an issue, but he has the ability to do it.

“He looks really well, and I want him to do it. I’d love to see him do it for himself and for British boxing. That’s what we need,” said Warren.

Those guys aren’t in the same league as Canelo talent-wise, and Saunders had all he could handle beating Coceres. That’s a fighter that Canelo would likely beat with ease.

“We knew we weren’t going to get any favors in enemy territory, but we’re here to do the job, and we fancy it, we’re going to do the job,” said trainer Mark Tibbs to iFL TV. “He’s not cut no corners, Billy Joe. He’s been a beautiful professional.

“He knows how serious the job was, and I’m confident. Billy Joe Saunders is at the pinnacle of his career right now, he’s a world champion, and he’s going to unify the other titles [by beating Canelo and Caleb Plant].

“I’m very confident that he’s where he needs to be. He’s strong, he’s fit, and psychologically, he wants to win this fight. Listen, Billy Joe Saunders knows what he has to do against Canelo Alvarez and vice versa.

“Canelo Alvarez is going to do what he does best. We’re tapering down the sessions now. Basically, we’re brushing up on stuff and winding down.

“With 70,000 fans, we feel responsible for bringing crowds back to the world. I feel like some light should be shined on the judges now because we just want a fair playing field.

“I’d hate for this fight to be a close fight and the judges not to do the right thing.

“So, I feel some light should be shone on these judges in this fight on May the 8th in Dallas, Texas, for sure. We’re doing what we can to bring it to the boxing world’s attention,” said Tibbs.

The judging could be critical in this fight, but there’s not much that Saunders can do about it. Canelo is the A-side, and the crowd will be literally eating out of the palm of his hand Saturday night at the AT&T Stadium.