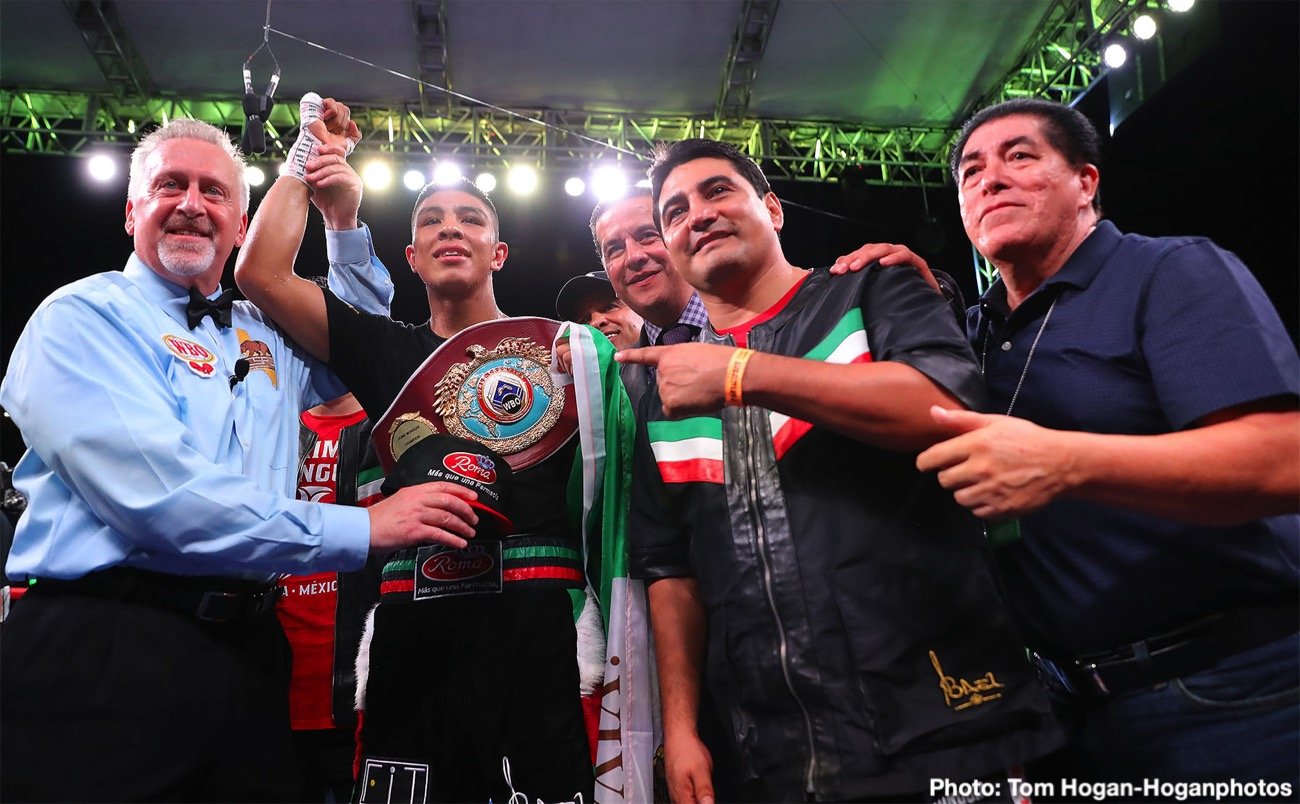 Highly ranked middleweight contender Jaime Munguia says he wants to challenge IBF champion Gennadiy ‘GGG’ Golovkin this year or in 2022 for his title.

The former WBO 154-lb champion Munguia (36-0, 29 KOs) wants to face the 39-year-old Golovkin as soon as possible to catch him before he retires.

The Golden Boy promoted Munguia believes Canelo (55-1-2, 37 KOs) would be tempted to return to the 160-lb division to fight him if he first beats Golovkin.

David Benavidez: Caleb Plant is getting knocked out by Canelo Alvarez

For the time being, Munguia will be fighting this summer against an opponent still to be determined on June 19th at the Don Haskins Center, El Paso, Texas.

“Maybe after two years,” said Munguia to DAZN News on a fight between him and Canelo. “I think it’s going to be inevitable.

Canelo has been a fight discussed for years now for Munguia, but he doesn’t appear to be ready for that step-up in class. 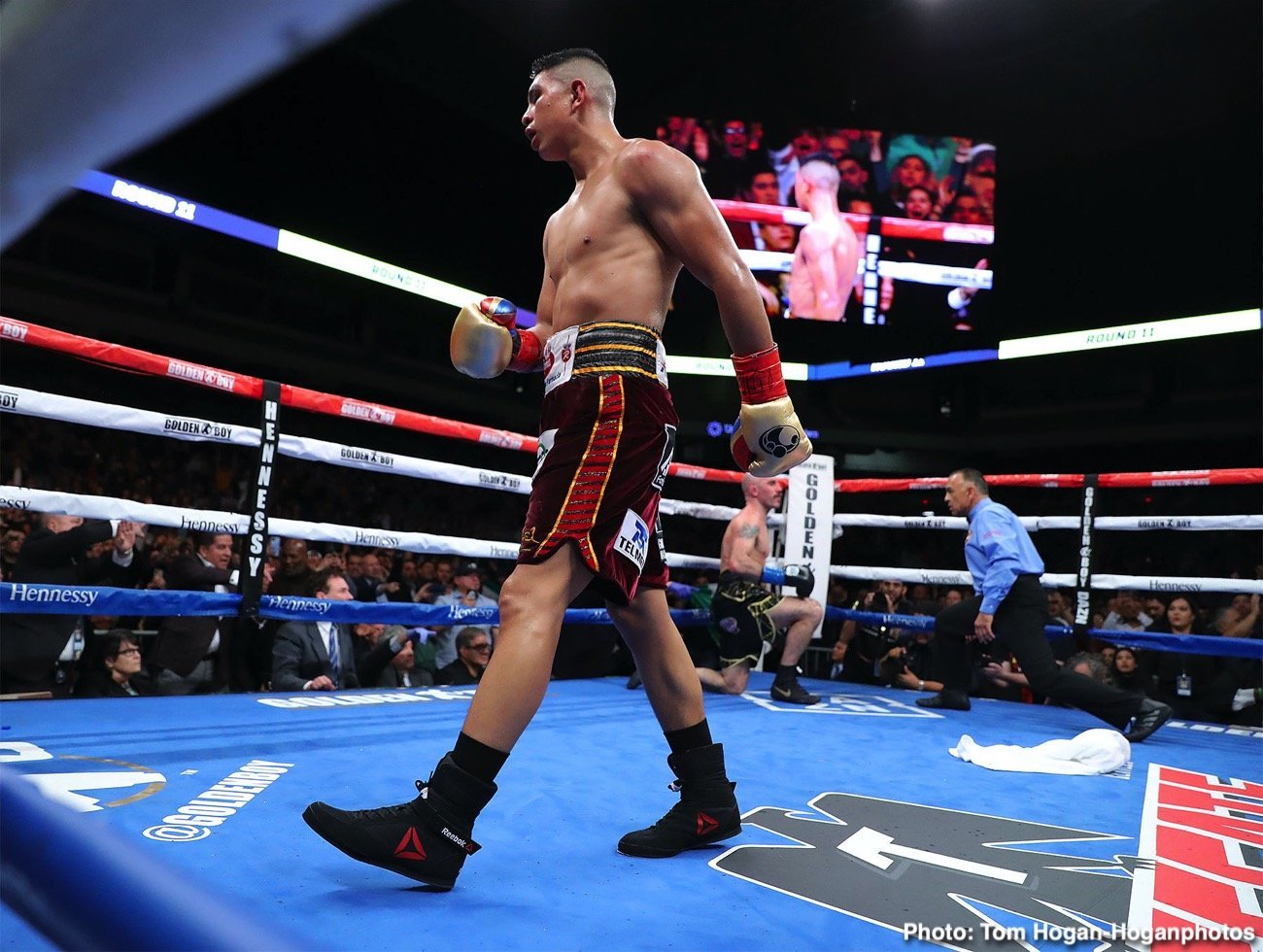 If Munguia can steadily beat top contenders to show that he can handle Canelo, it would make sense for that fight to happen.

“I think the fans are going to keep asking, and we’re going to have to give it to them,” Munguia said about a fight between him and Canelo.

“But for right now, I have no rush. I’m happy that both of us are representing Mexico, we both have great careers, and I’m happy with that for now.”

Bernard Hopkins of Golden Boy Promotions recently hinted that the reason for the Golovkin vs. Munguia fight not getting made was over money.

Munguia is still too easy to hit and not winning his fights against lesser opposition in an impressive enough manner for him to have a chance of beating Canelo.

Munguia had been planning on fighting Maciej Sulecki on April 24th, but he suffered an injury while training. D’Mitrius Ballard replaced him, but he too was injured. So right now, Munguia is back at square one, needing an opponent.

Munguia’s promoters at Golden Boy Promotions will need to be careful because he’s still easy to hit and not a sure thing against top-five level contenders.

Although Munguia has excellent punching power, his defense is inadequate, and he’s forced to win fights by out-slugging his opponents. One can only get away with fighting like that for a certain period of time before losing.

Munguia already dodged a bullet in beating Dennis Hogan by a controversial decision in April 2019 in Monterrey, Mexico. 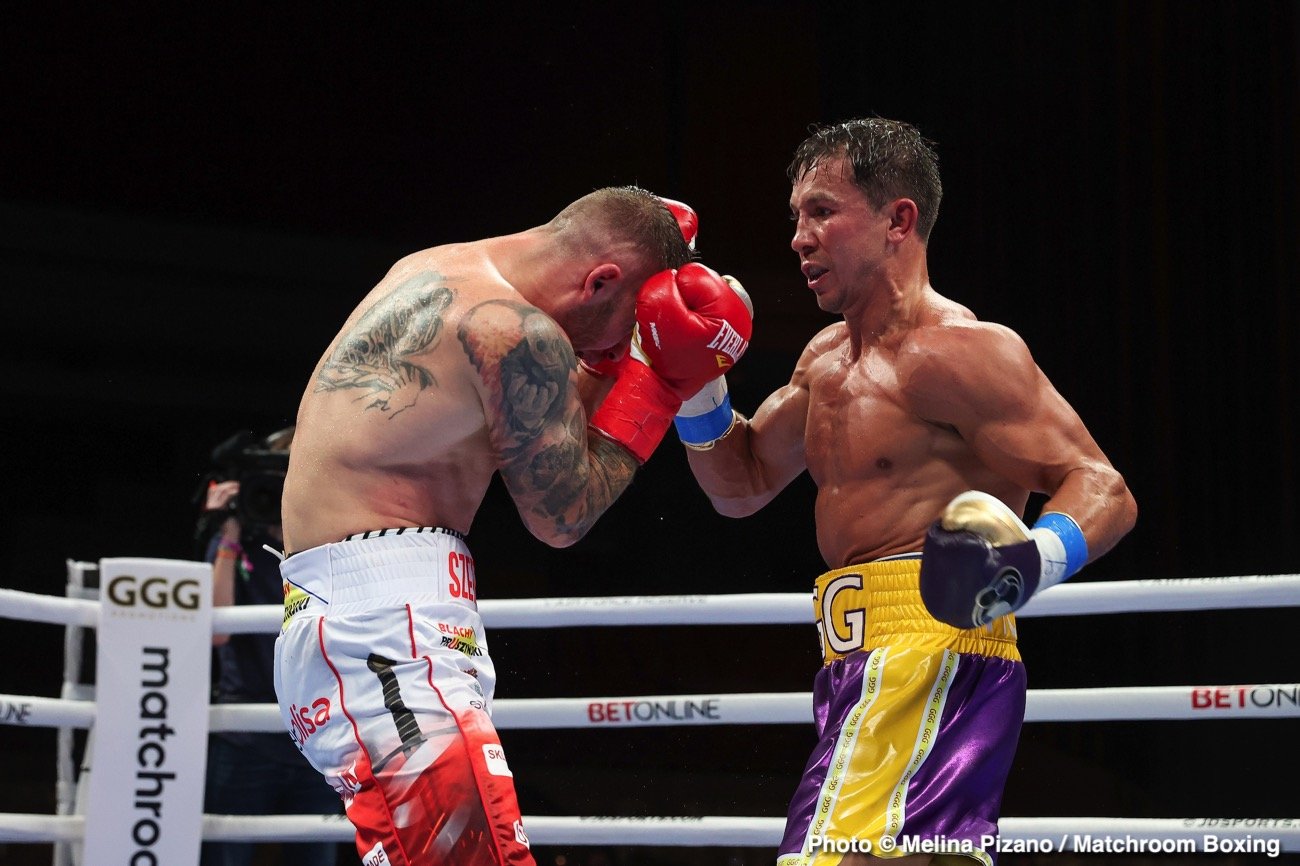 Even though Munguia was the home country fighter, he was loudly booed by the boxing fans at ringside after announcing the results. Ideally, it would have been good for Munguia to fight Hogan again to show the fans that he’s improved, but he opted not to.

Munguia wants Golovkin at the end of the year

“I’m very interested in that fight, and since I want to be considered one of the best, I would like to fight him,” said Munguia about wanting the GGG fight.

“Hopefully, we could have it by the end of this year or the beginning of next year.”

“We are very close to a world title shot. We’re at the top of all the sanctioning body organizations,” Munguia says. “I’m No. 1 in the WBC. We’re available and willing to fight any of the world champions. Hopefully, we get it this year. If not, we’ll wait.”

It doesn’t look too good for a fight between Munguia and Golovkin in 2021. Golovkin reportedly is going to wait until December before facing WBA champion Ryota Murata in a unification fight.

It’s an odd thing for Golovkin to do for him to sit outside of the ring for a year, but he seems to be just looking for the biggest paydays at this point in his career.