Former two-division world champion David ‘Hayemaker’ Haye believes Tyson Fury was steering a course into the “perfect storm” when the two were scheduled to fight in 2013. Haye (28-4, 26 KOs) says he had the game plan and the style to defeat the still green ‘Gypsy King,’ had been dropped hard by former cruiserweight Steve Cunningham in his previous fight in 2013.

The trash talk between Haye and Fury was priceless to listen to, and one can only imagine what the fight would have been like.

Back then, Haye had knockout power in either hand and far hand speed than Fury possessed. This was also before Fury bulked up to 270 lbs, so he wouldn’t have been able to maul Haye the way he did with Deontay Wilder in their rematch.

Unfortunately, the Fury-Haye fight never materialized due to Haye suffering a cut during training camp.

A disappointed Fury moved on and fought Joey Abell in his next fight in 2014, whereas Haye sat out for three years until returning to the ring in 2016 against Mark De Mori.

“Using my speed, using my punch power,” said Haye to Sky Sports. “Back then in 2013, I believe it was; Tyson Fury wasn’t the fighter he is today.

“He was very young; he was very inexperienced. He wasn’t as teak-tough as he is now. He hadn’t been through the trials and tribulations that’s made him the man and fighter he is today,” said Haye.

There are no questions that Haye would have had an excellent chance of beating Fury if he’d fought him back in 2013. That fight would have happened before Haye suffered a string of injuries one after another that eventually derailed his career.

Haye’s punching power and hand speed would have been a huge problem for Fury if that fight had taken place. Who knows if Fury would have found the later success he did if he had fought Haye in 2013. 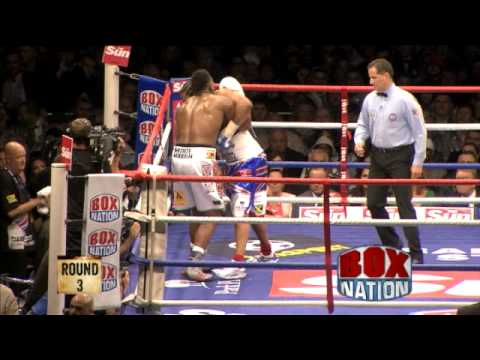 Haye seems to have had a good plan to beat Fury, but we’ll never know if it would have worked.

“It would have been the perfect bit of matchmaking on my fight if I was able to get him,” said Haye. “A baby, in boxing terms.”

Fury was totally inexperienced back in 2013, and he hadn’t looked good in his fights against Cunningham, Nevin Pajkic, and Big John McDermott. The chin area would have been an issue for Fury if he’d taken on Haye back then, as he was getting hurt too easily earlier.

“He had been heavily knocked down by a non-punching cruiserweight in Steve Cunningham, so it was a perfect storm for me, but the fight didn’t happen. I got a cut before the fight, and it never took place.”