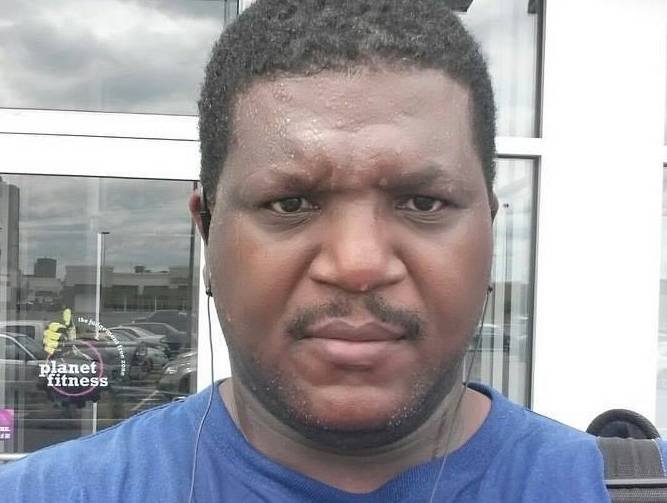 Never a household name, Philly heavyweight Gerald Nobles was some fighter. Back in the early to mid-2000s, Nobles was a contender who was basically too dangerous for his own good. Sparring all the top names of the day and giving them hell – “breaking bones,” as Nobles puts it, this with bigger gloves – Nobles was, as he laments all these years into retirement, avoided.

This isn’t to say Nobles never got any big fights. He did, most notably in November of 2004, when he fought Russian giant Nikolai Valuev. But this fight ended badly for Nobles, as in really badly. He lost the fight – this the sole defeat on his pro ledger – but anyone who saw it knows the result, a fourth round DQ win for Valuev, was the result of nothing short of disgraceful and clearly protective officiating on the part of the referee (who will remain nameless in this article).

In short, Nobles never had a chance. Indeed, aside from going straight out and flattening Valuev in the opening seconds of the bout, this fight was always going to end up as a defeat for the man known as “The Jedi.” And even then, the feeling is the officials in Bayern, Germany would somehow have managed to save/pick up Valuev (such a hot commodity was the towering, 7’2” heavyweight).

Nobles, who sparred the likes of, Lennox Lewis, Tim Witherspoon, Oleg Maskaev, Larry Donald and Oliver McCall during his career (McCall a rock-chinned fighter Nobles says he knocked down during a session) was signed up by Don King, but still he never got a break. Nobles retired in 2007 with a 26-1(21) record. The loss to Valuev, the sole blot on his record, still bothers the 50 year old to this day. And little wonder.

The Valuev-Nobles fight is freely available on YouTube, and anyone who wishes to see an example of the kind of disgraceful and biased officiating that can take place in boxing can do so by watching the (almost) four rounds this fight lasts.

Nobles, far from in his best physical shape, gave away well over a foot in height – 5’11” against Valuev’s 7’2” (or according to some records 7’0”) – yet he took the fight right to the slower Valuev. Soon, after a clinch, Valuev, 39-0 with 1 no contest, threw Nobles down with a strong-arm move that would make an action movie star proud. Nobles pleaded with the ref but got nowhere. The writing was on the wall. Later in the opening session, Nobles was warned for low blows. To be fair, the couple of shots Nobles landed were low, yet the height Valuev’s shorts were hoisted to played a part.

In the second, Nobles had a point taken off for a low blow. This time it was clear Nobles had hit Valuev on the belt-line of his shorts, this a very high belt-line. Then, during an explosive burst, Nobles cracked Valuev with a left hook to the head, the shot notably moving Valuev. Nobles was going for the knockout.

The third saw Nobles deducted a second point, this for another “low” blow (this one is harder to see on video yet it is in no way a blatant low shot). Valuev caught Nobles with a big right hand a the bell, at which point a defiant Nobles nodded.

Then came one of the most bizarre, disgraceful endings to a heavyweight title fight you’ve ever seen (not a world title fight, Valuev defending his WBA Inter-Continental belt). With just seconds of the fourth round gone, Nobles fell into Valuev, then spun around and hit him with a harmless tap to the body, the left hand shot way above the belt-line. And the referee disqualified Nobles. Just like that. Even Valuev looked bemused. What the hell had just happened!

A furious Nobles knew he’d been shafted, he knew he had no-one on his side (King promoting Valuev as well as Nobles). Watching the fight all these years later, it really is shocking to see what went on. Nobles had clearly shown he was too dangerous in that second round, when he had wobbled Valuev, and the third man took the first possible opportunity he could to stop the fight.

Valuev would go on to win the WBA heavyweight title twice, while Nobles, basically disgusted, would fight just twice more (winning both by KO) before walking away.

Gerald Nobles was a fine fighter, both incredibly hard-hitting and clever. He deserved better. Had the Valuev fight been permitted to continue as it should have been, Nobles is certain he would have knocked the giant out. Watch the fight yourself and see if you can disagree with “The Jedi.” And how different would Nobles’ career, his life, have been if he had been given a fair chance to do what he so strongly feels he would have done?

“It’s terrible that is the only loss on my record, it really is,” Nobles told ESB a while back. “He [Valuev] was a big punching bag. They robbed me. They said I was hitting him low, but I wasn’t. I was hitting him to the body. I always wondered why Don King didn’t really make a big protest over what happened in that fight. I know I would have stopped Valuev had they let it go on.”