Jersey Joe Walcott against today’s best big men? Talk about a fascinating proposition. One thing is sure – guys like Arnold Cream, later Jersey Joe Walcott had it so much unimaginably tougher than today’s fighters have it and will ever have it.

But Walcott, who went pro at the young age of 18 – having taken the Joe Walcott name at the courtesy of his boxing hero, Joe Walcott “The Demon Of Barbados” – went on to befuddle, to bemuse, to outbox many great fighters. 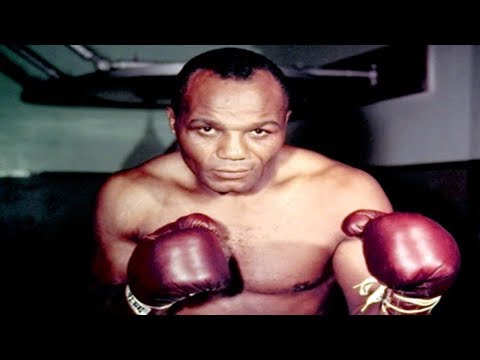 During his pro career, which began in September of 1930, Jersey Joe would beat: Willie Reddish, Elmer “Violent” Ray, Jimmy Bivins, Lee Oma, and Joey Maxim. Jersey Joe would take a number of losses on the way – to Tiger Jack Fox, to Ray and to Maxim. But finally, after 17 years in the pro ring, Walcott got a shot at the heavyweight title.

Joe met Joe, as in Joe Louis, in December of 1947, and Walcott’s bag of tricks sent the great and long serving “Brown Bomber” into a real state of confusion. Walcott feinted Louis, he made him miss, he stung him with sharp shots. Louis knew at the end of 15 frustrating sessions he had lost the fight; climbing out of the ring before the decision was announced in Madison Square Garden. Yet the judges had sided with the defending champ; even if the booing crowd had not (and when was the great Joe Louis ever booed?)

Walcott was robbed – plain and simple. Louis, ever the proud king, gave Jersey Joe a rematch. This time, with Walcott scoring another knockdown to add to the two trips he had sent Louis to the mat with in in the first fight, Louis showed his greatness in pounding out an 11th round KO win.

But Walcott was far from done.

With Louis retiring, Walcott was matched with Ezzard Charles, for the vacant crown. Ezz won a wide decision in June of 1949. Walcott and Charles met again, in March of 1951, with Charles winning another decision. Then, finally, after anyone with a sound mind would have given up on Walcott’s chances of ever winning the title, Joe scored one of the most exquisite knockouts ever captured on film in his third battle with Ezzard; this time sending Charles down for the count courtesy of his educated left hand.

Walcott was at last the heavyweight champ.

A fourth battle with “The Cincinnati Cobra” saw Walcott walk away with a 15-round decision win. Then Jersey Joe met the new kid on the block. Enter Rocky Marciano.

“If I can’t beat this amateur, I’ll retire,” Walcott said ahead of the September 1952 fight with Rocky. Joe decked Rocky hard in the opening round, he proceeded to bust up his challenger and he was way ahead on points after 12 rounds. But then Rocky – at : 43 seconds of the 13th, went into the history books by way of his “Suzy Q.” Marciano was the new champ and Walcott, at age 38, had a limited future.

The rematch came, but this time Rocky ravaged Joe in a round, and Walcott quit. Walcott’s ring career may have been over but Joe had a few additional strings to his bow: acting, refereeing, even wrestling.

Jersey Joe lived into old age, passing – after having lived some eventful, colorful, enviable and fascinating life – at the age of 80 in February 1994. 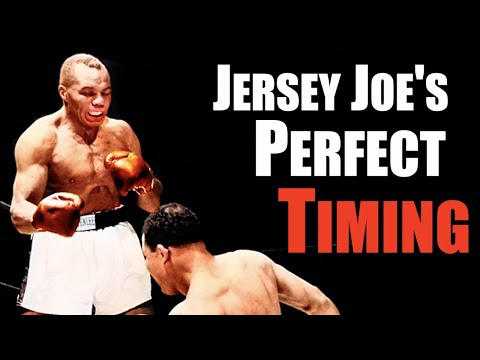