Speaking from Newcastle, immediately after a press conference announcing his next fight on March 29th against Paul McClosky, Saunders stated, “Ricky’s a good lad and only boxes against the best. It’ll be a tough fight but with the home crowd behind him and fighting his own fight, he’ll come away with the win”.

San Diego, CA (February 27. 2014)–This Saturday afternoon, undefeated Terence Crawford will look to capture his 1st world title when he takes on WBO lightweight champion Ricky Burns from Glasgow, Scotland in a bout that can be seen LIVE on AWE at 2pm eastern / 11 am pacific. 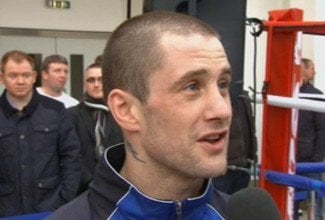 Nobody need once again to point out the obvious that Burns was extremely fortunate to have retained his title against Beltran with the decision of a draw, but it is worth noting that the WBO appointed judges for Saturday’s defence against Crawford will have this in mind and are likely to score many of the potentially close rounds to the American in order to prevent any further stigma of controversy and/or accusations of ‘hometown favouritism’;

Terence Crawford all the pressure is on Ricky Burns on Saturday night as the pair battle for the Scotsman’s WBO World Lightweight title at the SECC in Glasgow, live on Sky Sports – and says there’s nothing the 11,000 fans in the Arena can do to stop him.

The unbeaten American brings a fearsome reputation to Scotland with 22 wins and 16 of them inside the distance, and says he can handle the hostile home crowd as well as the champ in order to take the belt back to the States.

Ricky Burns says that the top class sparring he’s had in the build-up will give him the edge in his WBO World Lightweight title defence against Terence Crawford at the SECC in Glasgow on Saturday night, live on Sky Sports.

Burns travelled down to Essex recently to mix it with former title challenge foe Kevin Mitchell and unbeaten Lightweight talent Martin J. Ward, and has played host to Olympic Gold medallist Luke Campbell MBE and Lee Selby in Glasgow as he plots a path to victory against the highly-rated unbeaten Omaha fighter. 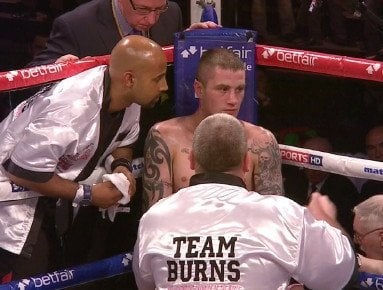 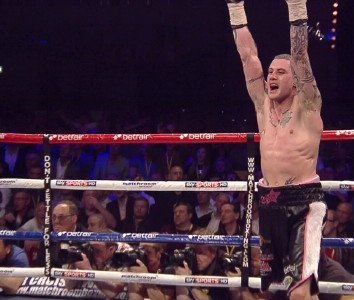 When Ricky Burns climbs into the ring at the SECC in Glasgow on March 1 to defend his WBO lightweight title against unbeaten American challenger, Terence Crawford, he will be entitled to feel like a man returning to the scene of a crime he never committed but was convicted, tried, and found guilty of nonetheless.

The trials and tribulations that Burns endured in 2013 were more than staggering they were inhuman, even for a fighter as experienced as he is. Not once but twice he was forced to reach down into that place which resides in every human being but in normal people is buried so deep after years spent avoiding risk, danger, and hardship that they don’t even know it exists; and even if they did they would have no need of it anyway. It’s called the human spirit and from it is derived the will to endure unspeakable agony in the process of prevailing against seemingly insurmountable odds.

The German philosopher, Friedrich Nietzsche, once wrote: “When you look into an abyss, the abyss also looks into you.” 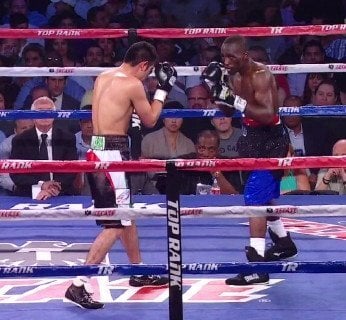 Read moreRicky Burns: Crawford fight will be difficult for me