Ward vs. Smith, a 12 round bout presented by Roc Nation Sports, takes place Saturday, June 20 at Oracle Arena in Oakland, California, will be televised live on BET and streamed globally on TIDAL.com at 10:00 PM ET/7:00 PM PT and is presented in association with Matchroom Sport. The fight is sponsored by The Waterfront Hotel, Venue Kings, Shoe Palace, CTMS Travel, U-BOAT, FanDuel, Fandango, Q 102.1, 95.7 the GAME and KBLX 102.9. In addition to the great action inside the ring, the event will feature several notable Roc Nation touches that will further serve spectators with an enhanced fan experience, including Nipsey Hussle taking to the ring for a special performance prior to the main event. 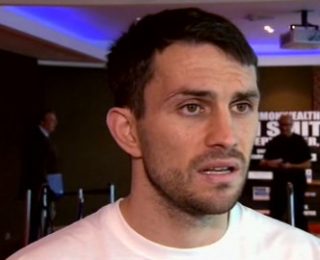 British 168 lb contender Paul Smith, goes into the lions den once again this weekend when he takes on unbeaten American Andre Ward in the “S.O.G’s” Californian back-yard – and ahead of the contest the Liverpool fighter has penned a column for Sky Sports, with whom he works as a pundit, to discuss his thoughts and feelings ahead of Saturday’s fight – which will be screened by the channel in the UK.

Smith, who is coming off back-to-back world title challenge defeats to Germany’s Arthur Abraham, surprised many when he was given the nod to face the American former P4P star, who is returning after over 18 months of inactivity.

NEW YORK, NY – June 11, 2015 – BET Networks is stepping into the ring with Roc Nation Sports to air throne boxing live on the network with its first event featuring WBA Super Middleweight World Champion Andre Ward (27-0, 14 KO’s) facing former World Title Challenger Paul Smith (35-5, 20 KO’s) of England in a 12 round bout on Saturday, June 20th at 10:00 P.M. ET/7:00 P.M. PT live from Oracle Arena in Oakland, California. The partnership between BET Networks and Roc Nation Sports is the first of its kind for the network and includes airing up to nine live, two-hour telecasts of Roc Nation Sports throne boxing events over the next 18 months. 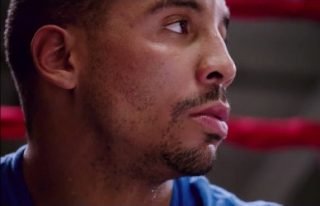 Andre Ward (27-0, 14 KOs) will be making his long awaited ring return on Saturday in a catch-weight fight at 172 pounds against Paul Smith (35-5, 20 KOs) in Ward’s hometown in Oakland, California from the Oracle Arena. While some boxing fans think the 32-year-old Smith is unworthy of facing Ward, it’s not really a big deal.

Ward’s WBA super middleweight title won’t be on the line because of the fight taking place at a catch-weight of 172 in the light heavyweight division. Smith is coming into the fight for the payday, and of course with the hope that he can somehow pull off a big upset against the rusty Ward.

The highly anticipated return to the ring of WBA Middleweight World Champion and Olympic Gold medalist Andre Ward (27-0, 14 KO’s) against former World Title Challenger Paul Smith (35-5, 20 KO’s) of England on June 20 has been elevated to another level with the announcement that the event will now include a live musical performance by Los Angeles-based rapper Nipsey Hussle immediately before Ward and Smith do battle. Fans will also be able to catch the action and performance live on BET Networks in the United States and globally on TIDAL.com, the newly launched music streaming service that combines the best high fidelity sound quality, high definition music videos and expertly curated editorial. 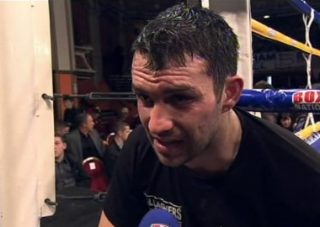 Liverpool’s super middleweight contender and former world title challenger Paul Smith goes into the lion’s den on June 20th when he travels to California and attempts to upset the returning Andre Ward in a fight many are viewing as an uphill struggle for the Brit – who is coming off back-to-back losses against Germany’s Arthur Abraham.

Speaking to fighthype.com, Smith was honest in his appraisal of his chances in the fight and clearly recognises he is a big underdog. However, he believes he can upset the odds if he boxes a smart fight – and is buoyed by the American’s inactivity – Ward last stepped through the ropes back in November of 2013.

Paul Smith will face Andre Ward on June 20 at the Oracle Arena in Oakland, California, live on Sky Sports in the UK and on BET in the United States.

Smith has landed a date with the unbeaten WBA Super Middleweight king following his stellar performances taking Arthur Abraham deep in two challenges for the German’s WBO World title in Germany, and the Liverpool favourite takes on the toughest task of his career with his confidence high.

So after much rumour and speculation, the confirmation has finally arrived, and it will be Britain’s Paul Smith (35-5, 20ko) who squares off in the opposite corner to the returning Andre Ward (27-0, 14ko) on June 20th in Oakland, California.

Ward is one of America’s best in my opinion, and despite a 19 month lay-off will walk into this non-title bout a heavy betting favourite against the Liverpool fighter, who has been cruelly referred to by fans as “not even the best super middleweight in the Smith family” in reference to younger brother, undefeated 168lb contender Callum Smith (15-0, 11ko).