Lightweight pair must come through crunch clashes to stay on course

Luke Campbell MBE and Tommy Coyle say that the pressure is on them to claim big wins at the Ice Arena in Hull on Saturday night, live on Sky Sports – so they can set up a huge clash in the city next summer.

Luke Campbell MBE says he is firing on all cylinders for his big step-up against Daniel Brizuela at the Ice Arena in Hull on October 25, live on Sky Sports.

After another convincing performance on Saturday night, Luke Campbell MBE now turns his attention to Daniel Brizuela and a potentially explosive night on October 25 at the Ice Arena in Hull, live on Sky Sports.

Luke Campbell MBE takes on Daniel Brizuela and Tommy Coyle faces Michael Katsidis on a huge night for both men at the Ice Arena in Hull on October 25, live on Sky Sports.

Luke Campbell MBE returns to action in Liverpool on July 12 live on sky Sports, and the Olympic hero says he cannot wait to lace the gloves up again.

Campbell took time off for family reasons after racing to 5-0 in the paid ranks with four stoppage wins since turning pro in July 2013, with his last action a final round stoppage of Scott Moises in February in his first eight-round test.

Anybody who watched Matchroom’s ‘Fighting Pride’ show live on Sky Sports last night had witnessed something special; the fight fans that were present at Hull’s Ice Arena are truly the lucky ones for the event was one that will not be forgotten anytime soon.

On paper the evening looked promising with a few intriguing match-ups but nobody could possibly have been expecting the drama and excitement that ran through pretty much the whole of the four hour broadcast.

There is one fighter who featured on the bill whom I want to pay particular attention to but first I will briefly run through the evening’s action.

The first bout was a contest for the British super-bantamweight title, vacated by Kid Galahad as he seeks European honours, between Gavin McDonnell and Leigh Wood. Alongside such boxers as Kell Brook and Kid Galahad, real name Abdul Barry Awad, Wood fights out of the Ingle Gym and exhibits the slippery and awkward style that the gym is famed for.

Hull stars Luke Campbell MBE and Tommy Coyle have vowed to keep winning and bringing big-time boxing to Hull as they prepare for action tomorrow at the sold-out Hull Ice Arena, live on Sky Sports. 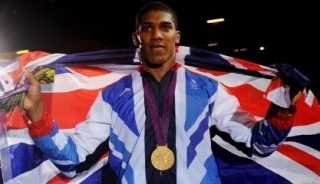