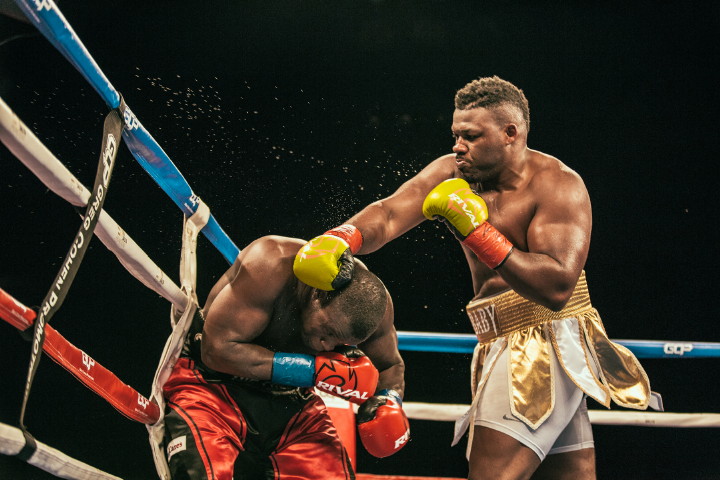 Following a cagey first round that favored Kassi (18-5-1, 10 KOs), Brooklynite Miller (18-0-1, 16 KOs), turned up the body work and pressure in rounds two and three. After landing 36-of-57 power shots in the third and racking up 30 connects to the body, Kassi retired on the stool between rounds, citing a hand injury. Miller landed an impressive 57 percent of his power shots for the fight and limited Kassi to 22 percent of his hooks, crosses and uppercuts. 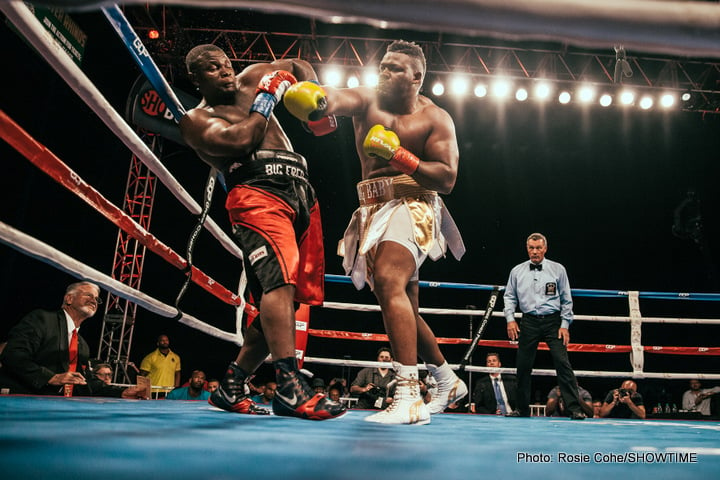 Heavyweight Jarrell Miller (18-0-1, 16 KOs) showed that he could beat a vulnerable and much lighter Fred Kassi (18-6-1, 10 KOs) tonight in stopping him in three rounds on Friday in a one-sided contest on Showtime Boxing at the outdoor Rhinos Stadium in Rochester, New York. The 36-year-old Kassi decided he’d had enough after the third round, so he didn’t bother coming out for round four.

Officially, Kassi injured his right hand. Unofficially, he was going to get knocked out anyway had he continued to fight, because he was making it too easy for the hefty, 296.5 pound “Big Baby” Miller by playing sparring partner against the ropes and just getting worked over. 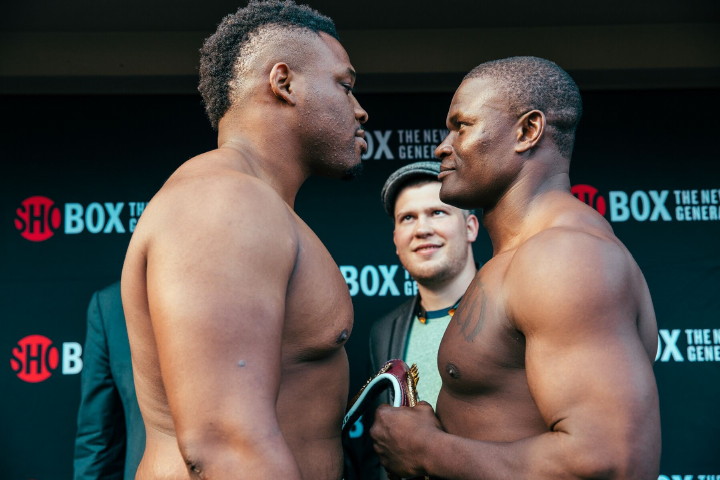 The eight fighters who’ll be fighting on ShoBox: The New Generation tomorrow/Friday, Aug. 19, live on SHOWTIME® (10 p.m. ET/PT) at Rhinos Stadium in Rochester, N.Y., all made weight Thursday.

Topeka, Kansas heavyweight Nick “Two Gunz” Guivas is taking a realistic approach to facing one of the most dangerous up-and-coming heavyweights in the world next weekend. 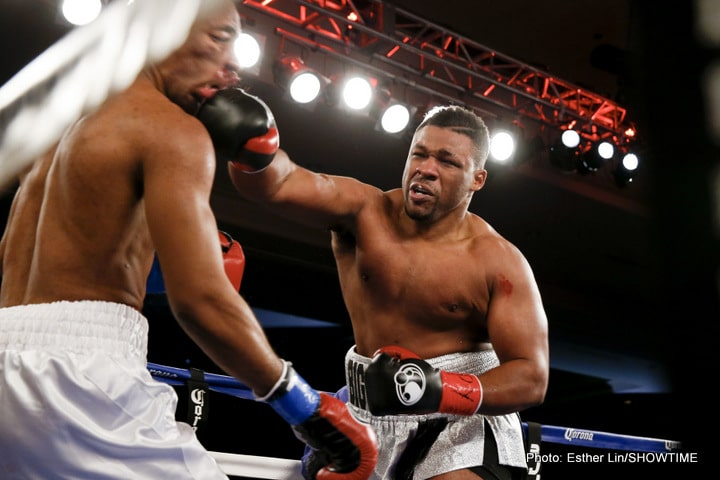 Brooklyn’s Jarrell Miller injured his shoulder in his last fight, an impressive 7th-round stoppage of Donovan Dennis in January, yet the fast-talking, hard-hitting heavyweight who has been compared by some to the great Riddick Bowe, will not need a long layoff. Miller, 16-0-1(14) will face Romanian Razvan Cojanu on May 27th in Niagara Falls, New York, Miller’s co-promoter Greg Cohen told RingTV.com.

Miller, a former MMA fighter and Kickboxer, has plenty of talent, he is a great interview and, perhaps most importantly for a heavyweight who wishes to be fan-friendly, he can whack. Miller, with his unusual nickname of “Big Baby,” is one of the most interesting of the current young, unbeaten U.S heavyweights.