As expected, Britain’s unbeaten IBF welterweight champion Kell Brook, will indeed make the next defence of his title on October 24th in Sheffield, against Argentina’s Diego Chaves, before returning to the ring in December, in what will be his 4th fight, and title defence, of 2015.

Just before Brook appeared live on Sky Sports News in the UK today, to talk about the fight with Chaves, there was some conveniently timed twitter chatter from American veteran Shane Mosley, who stopped the horrendously out-of-shape Ricardo Mayorga last weekend in Los Angeles – his first fight in two years since returning from injury.

Tim Bradley (31-1, 12 KOs) knows he’s in for a tough fight this Saturday night against the heavy-handed Diego Chaves (23-2, 19 KOs) at the Cosmopolitan of Las Vegas, in Las Vegas, Nevada, USA. Bradley knows this could be potentially a very tough fight for him if Chaves brings his A-game and he’s able to connect with his power shots.

Bradley says he’s not going to take the 28-year-old Chaves lightly, because he doesn’t want this fight to be tougher than it needs to be. For Bradley to win this fight in flying colors, he’s going to need to treat Chaves much like he did Juan Manuel Marquez in using movement, a stiff jab and fast combinations to keep Chaves from landing his shots. 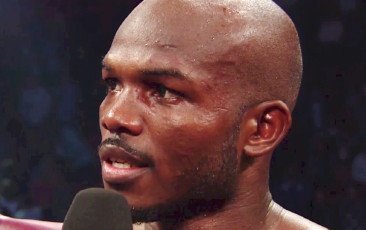 Tim Bradley (31-1, 12 KOs) will be facing a big puncher this Saturday night in Diego Chaves (23-2, 19 KOs) on HBO in a 12 round bout at the Cosmopolitan of Las Vegas, in Las Vegas, Nevada, USA. Bradley was badly hurt last year when he faced the hard-hitting Russian slugger Ruslan Provodnikov and chose to slug with him instead of boxing him. However, Bradley has since gained confidence after going 12 hard rounds with Manny Pacquiao last April.

Bradley lost the fight by a 12 round decision, but he was able to take Pacquiao’s best shots without getting concussed like he was against Provodnikov. Bradley says he’s looking forward to facing Chaves this Saturday night, and that he won’t shy away from punching with him when the two of them start trading with big power shots. 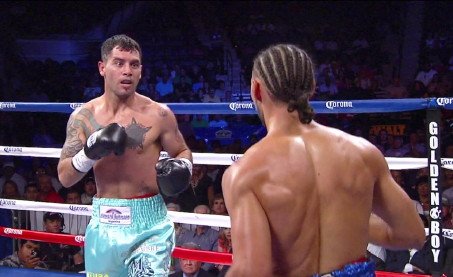 Tim Bradley (31-1, 12 KOs) will be fighting for the first time since losing his WBO 147lb title when he steps inside the ring to face Argentinian Diego Chaves (23-2, 19 KOs) on December 13th on HBO from the Cosmopolitan of Las Vegas, in Las Vegas, Nevada, USA. Bradley thinks Chaves reminds him a little of Floyd Mayweather Jr with his fighting stance.

Chaves doesn’t have the hand speed or the mobility that Mayweather possesses, but he does like to stand in the pocket and use the shoulder roll like him. 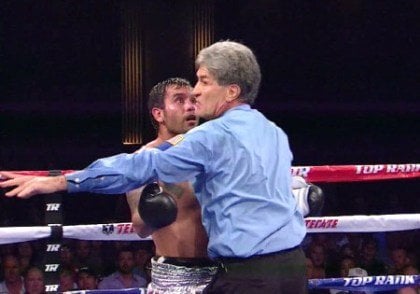 It seems no one at the Cosmopolitan of Las Vegas, NV was happy with the way the fight between Brandon “Bam Bam” Rios and Diego Gabriel Chaves ended. It was a close, rugged battle that fans undoubtedly were enjoying. They certainly didn’t want it to end so abruptly at the hands of referee Vic Drakulich. Diego clearly didn’t want it to end with him on the losing end. He felt he was winning the fight, and that it was snatched away from him. Even Rios expressed dissatisfaction with the way things ended, but he felt Diego deserved to be penalized.

The fight was a war. Most people thought that it would evolve into a war, but it wasn’t expected to start that way. Diego controlled that surprise. He came out throwing power jabs and hard overhand rights. Would he run out of steam? Rios seemed to be caught off guard initially, but by the second round he already had Diego backing up. He got in close and started throwing punishing shots to the body. Diego was hit with his first penalty point in the third round, apparently for excessive holding. 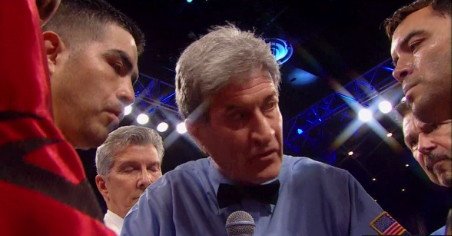 Brandon Rios (32-2-1, 23 Kos) should be on his knees tonight thanking referee Vick Drakulich for saving his career in needlessly disqualifying visiting fighter Diego Chaves (23-2, 19 KOs) in the 9th round at the Cosmopolitan of Las Vegas. Drakulich had been overactive in taking points off from the 3rd round when he took a point off from Chaves for clinching. I still can’t understand why Drakulich disqualified Chaves instead of Rios, who really was the one that was fouling repeatedly by head-butting during every clinch, hitting low and throwing rabbit punches.

From my perspective, it just looked like Chaves was robbed tonight. He came in as the B-side and he was beating the house fighter and getting fouled like mad. Instead of the referee addressing the fouling that Rios was doing, he disqualified the victim of the fouling in giving the hook to Chaves. I can’t remember ever seeing a visiting fighter get shafted as badly as Chaves did tonight.