Klitschko-Ibragimov: After four years, a fight for the World Heavyweight title? 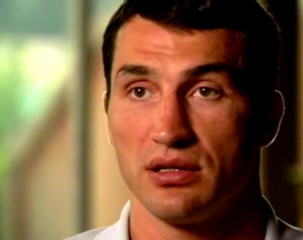 18.02.08 – By Cesar Pancorvo: After waiting nine years, finally there will be a unification bout in the Heavyweight division: Wladimir Klitschko against Sultan Ibragimov. It is true that the winner will hold two of the four belts, but will he be considered the World Heavyweight Champion?

There has not been a Heavyweight Champion, linear or unified, since Lewis retired in early 2004, and he left a division in crisis.. This weak era could finally reach it’s conclusion with a fight that re-establishes the Heavyweight lineage. The Ring Magazine’s attempt to introduce Vitali Klitschko as Champion –he won the Ring belt after defeating former contender Corrie Sanders in 2004– was a disappointment; not many fans recognize Vitali as a former Champion, mainly because he didn’t beat Chris Byrd, John Ruiz or Lamon Brewster, who were the other elite fighters in the division at that time. Wladimir Klitschko, who has clearly achieved much more than Vitali, defeated Chris Byrd and Lamon Brewster. Sultan Ibragimov has only two or three significant wins and has not done anything to shine in this mediocre division where inconsistency is a rule, but he is defending his WBO belt and, compared to the other titlists, he seems like a man that will face anyone, anywhere, anytime. Klitschko-Ibragimov rises as the duel to establish who will be the Champion, for the following reasons.

1) Wladimir Klitschko has been on the heavyweight scene since 2000, when he was beating Axel Schulz, Monte Barrett and Chris Byrd, and he has defeated Samuel Peter, who is another current top contender and ranked #2 by the Ring, and has also beaten former #1’s Chris Byrd and Lamon Brewster. Brewster had a lot of prestige back in 2005 and early 2006, and Byrd had defended his IBF title a lot of times and was considered the #1 heavyweight. Klitschko deserves to win the real Heavyweight title, he just needs the fight that can consolidate him.

2) Unification. There hasn’t been unification in the Heavyweight division since 1999. The winner will be one clear step above the rest.

3) Where are the other top heavyweights?

Ruslan Chagaev, after being inactive, returned with a dull performance against fringe contender Matt Skelton. He has killed all the momentum he created with his wins over Virchis, Ruiz and Valuev, and will only revive it if he convincingly beats his new mandatory, Nikolay Valuev.

Oleg Maskaev, another top contender and titlist, is currently 38 years old and hasn’t been on the ring since December 2006. Inactiveness is the worst adversary of a veteran boxer.

Samuel Peter, as it has already been said, has been already beaten by Klitschko. Against him, Peter fought like the prototypal slugger; now, this year, Peter has showed us a new aspect of his style: he can be a pure boxer, with a powerful jab and ring generalship, and even outbox an excellent outboxer like James Toney. Then he had a turbulent performance against Jameel McCline. Would his new style work against Klitschko? No, I think he would struggle even more against Wladimir with that strategy. As a slugger, he has chances to beat Klitschko (he was able to knock him down several times), but not as a boxer.

4) If Klitschko-Ibragimov isn’t the fight to determine who is THE Champion, which is? Klitschko-Peter II? I don’t think so, particularly because of Peter’s regrettable recent performance against a past-his-prime Jameel McCline and because Klitschko already beat him clearly on the cards. Klitschko-Maskaev? Please, I imagine we all prefer Klitschko-Ibragimov before Klitschko-Maskaev. (At least Sultan isn’t near his 40th birthday). Klitschko-Chagaev? I admit that a fight between him and Klitschko would signify a lot, but it may never happen because of a problem between the promoters. We must also remember the WBC mess: forget about the WBC involved in an unification fight for one year at least, because the winner of Peter-Maskaev has to face Vitali Klitschko, and the winner of that fight has to face the next mandatory. Yes, a mess that will take a lot of time to resolve. If we don’t recognize Klitschko-Ibragimov as Heavyweight Champion, there might not be a Heavyweight Champion until the next decade.

Boxing News → Klitschko-Ibragimov: After four years, a fight for the World Heavyweight title?