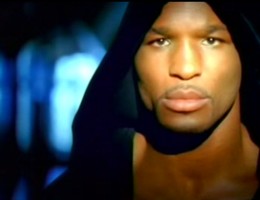 17.02.08 – By “Old Yank” Schneider: Which is more important, how pretty a resume is or how well someone does their job? So you say this is an easy question to answer; how someone does their job is more important than how pretty a resume reads by a measured mile. Good! We are off to a great start! Why is it that boxing fans place such a ridiculous emphasis on a resume? The answer lies in the inability of the casual fan to evaluate how well a fighter performs in the ring without the aid of the resume – they know how to casually read a resume but they do not know how to evaluate the depth (or lack of depth) of a resume or even what is going on before their very own eyes.

These casual flaws in evaluating a fighter is what seemingly allows all fans to think of themselves as “experts” once a fighter has built a long resume, but it continues to leave them in the dark in evaluating the young talent that has not yet tacked recognizable names onto their resume. In fact, this inability to properly read and evaluate a resume places the casual fan in a position of getting the wool constantly pulled over their eyes..

One man has a resume that shows a past as a financial consultant with three prestigious major, household name firms on Wall Street and another has worked for a little known firm. Which consultant do you want advising your investment portfolio? If you are the casual fan and you pick your financial consultant like you pick your boxers, if you go for the recognizable names on the resume you might be in for a shock. Suppose the consultant that works for the little-known firm has generated risk-adjusted returns for his clients that have been materially better over the past 20 years then his better-known counterpart. Do you still pick the “name brand” or should you pause to consider what the deeper analysis can reveal to your eyes? Assuming that you are willing to pause for the deeper analysis, we are making progress.

The resume has its place. But knowing how to read one is critical. Even more important is to know what questions can legitimately be raised in reading a resume that can help you better assess how the candidate might perform in the future.

Bernard Hopkins and Joe Calzaghe both have resumes that beg to be dug into deeper. One has a list of “Wall Street Names” on his resume while the other appears to have toiled at lesser known firms. Does this tell you that the fighter with the recognizable names on his resume is the better fighter? Or does it beg you to find the legitimate questions that can be raised in order to determine his future performance? Good! Now you are starting to think like an executive! Now you are starting to think beyond the limits of the casual fan!

In order to read these resumes we better agree on some language of evaluation. Here is a short glossary that will be critical in making a proper comparison of resumes:

Dried-out: Any fighter that finds himself in a weakened state as a result of an inability to sufficiently re-hydrate his body following a significant weight loss, is said to be “dried out”. Often this condition can be observed in a fighter’s performance when their speed appears to be obviously slower than usual or their power is obviously missing or when their stamina is obviously compromised compared to prior performances. If a dried-out fighter survives a decision, his performance is often referred to as “flat” or “lethargic”.

Journeyman: A journeyman is a boxer in the traveling traditions of the sport who built a fighting resume by traveling to fight anyone who will hire him to fight. Winning is not the major calling card of the journeyman; the pay check is the calling card. Journeymen can be seasoned and experienced and even have great records, but are not typically seen as a serious threat; neither to an already established champion nor to a seriously established maturing prospect.

Past It: A fighter is “past it” when his skills can be observed to have slipped from their peak. A fighter can still be winning but past their prime. The chronological age of a fighter is not the only determining factor in being past it. In fact, the slippage of a fighter’s skills is much more important. If a counter-puncher is losing his speed, or a power-puncher losing his power, or a fast-handed fighter losing his speed and his snap, these are all signs that a fighter might be getting past it. Often we will see a fighter changing his style of fighting because something has slipped. Usually when this happens a fighter is past his prime, but may not necessarily be fully past it. If a fighter can successfully adopt an alternate style he may very well have earned a reprieve from being called past it. The former speedster, who changes his style to sitting down on his punches and becomes successful using his power when he once relied heavily on his speed, is a great example of a reprieve from getting past it. These reprieves are usually relatively short-term, but have been known to extend a fighter’s prime years.

Now let’s do an executive-style evaluation of this resume. At the time Hopkins met Johnson (1997), Johnson was very much considered a rugged fighter with an impressive undefeated record. He was nonetheless a journeyman. The combined record of Johnson’s ten opponents leading up to his contest with Hopkins was 106 wins with 137 losses – amazingly unimpressive. Keith Holms was a legitimate middleweight title holder in 2001. Trinidad was a blown-up welterweight in 2001. Daniels was an arguable talent. Joppy was arguably past it in 2003. He had been brutally stopped by Trinidad in 2001. He had survived a very controversial battle with Howard Eastman in 2001 (most feeling Eastman was robbed). His career appeared to be on a down-slide ever since the 2001 brutal stoppage by Trinidad (his career never got back on track after that fight – arguably losing EVERY fight that was against any fighter of note for the remainder of his career). Oscar De La Hoya was a blown-up welterweight in 2004. Hopkins won a decisive UD over the legitimate Eastman in 2005. Later in 2005 Hopkins would lose twice to what may very well have been an over-rated Taylor. In 2006 Hopkins won a UD over the dried-out Tarver. And finally in 2007, Hopkins beat the blown-up junior middleweight Wright.

When we add this all up, we have Hopkins with only two legitimate, unarguable wins over any impressive name on his resume over the past 12 years; only two do not have a legitimate question to be raised about the “quality” of the win. In 20 bouts (including the name brands from above), Hopkins has two wins that do not raise legitimate questions.

Not so fast! In spite of the questions that can be raised, the observed performances of Hopkins in every one of these fights were impressive nonetheless!

The careful executive-like review of the Hopkins resume can and should only serve to temper one’s enthusiasm for what to expect of him in the future. The review does not diminish how well Hopkins performed in these bouts. It does however raise legitimate questions over a possible resume padding issue for Hopkins. How can a fighter of Hopkins stature go a 10 years with arguably only two legitimate, inarguable fights on his resume? Ten years and 20 bouts cover a lot of resume. If you do not feel a little discomfort over the scratchy feel of some wool getting pulled over your eyes, then you are destined to remain nothing more than the casual fan that is unable to see beyond a list of names.

And again, not so fast! If you believe that we’ve legitimately raised some resume issues for Hopkins, wait until we are through with Joe Calzaghe before you jump to any conclusions.

The very first thing that should strike one examining this resume is that there is a far less household ring to the impressive names on Calzaghe’s resume than there is on the Hopkins resume.

One can easily argue that Eubank was past-it in 1997. Reid was a legit title-holding super middleweight in 1997, but not exactly a household name worldwide. Shika in 2000 looked a lot like a journeyman. His prior 10 fights were against largely unimpressive competition. Woodall in 2000, although chronologically perhaps still in his prime had suffered a couple of devastating losses that in my view made him past it by the time he met Calzaghe. Veit, although a legit super middle in 2001, was far from being impressive in 2001. However, once he gained a tad more experience he was a more legitimate fighter when he met Calzaghe in 2005, but he was still far from a household name. Mitchell was a legit KO artist in 2003 and a legit former title holder. Lacy in 2006 was supposed to take Calzaghe’s head off. And Kessler was the best super middleweight competition for Calzaghe to be found in the world in 2007.

When we add this up we have only two or if we stretch it, three unarguable legitimate fights for Calzaghe over the past 10 years. So in 22 fights over the past 10 years we have a lot of resume to examine and like Hopkins, it is very easy to feel the scratch of wool getting pulled over your eyes if you are told that everything is legitimate on his resume.

But again, one cannot argue that Calzaghe has not looked impressive in his wins – legit or not, he remains undefeated and impressive to watch.

When it comes to padding a resume we’ve got experts at it in these two fighters most. There are serious questions to be raised about the “quality” of the competition these two fighters have faced over the past 20 or so fights in the last 10 years. The questions are not so much in raising issues about the names on the resume, but rather raising questions about where these names were in their careers when they met the respective fighters – blown-up, dried-out, journeyman and past-it dominate these two resumes.

So what do I recommend when it comes to reviewing these practically carbon copy resumes in terms of suspect fights and “padded” names? Toss the resumes out the window. You have only the experience of your eyes to guide you in picking a winner in the upcoming bout between Hopkins and Calzaghe. My observations see a deterioration of speed and power in Hopkins that has been hidden very well through carefully choosing to fight blown-up, dried-out or past-it competition. Calzaghe has been observed against serious, in-prime competition in his last fight against Kessler. My observation was that all of Calzaghe’s skills are very much still intact.

Tear up the resumes and go with objective, logical observation. Our executive-style reading of the resumes only shows us a couple of legitimate fights for each of these two fighters over the past 10 years and 20 bouts. Who is currently doing the best job? In spite of Hopkins “wearing” the more impressive names on his resume (in name only), Calzaghe will win this one by a UD!

Previous post: Boxing For Fitness Now Open To The Public at OIAM Merrillville