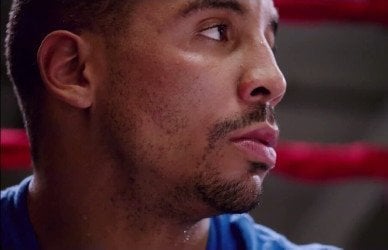 Marc T. (Athens, GA): I’m tired of hearing all of the talk about Golovkin and how he’s “the most feared man in Boxing”. Andre Ward’s team sent HBO a direct statement saying that he wants the fight, & Golovkin responded in saying he’s basically “not ready” for Ward. What are your thoughts about GGG and this whole “most feared” reputation being built around him?

Vivek W. (ESB): For starters, I think there’s a slight hint of truth to it. Strong promotion and network support can be credited for this growing cult following, slash, bootleg version of an almost Tyson-like mystique. When we look back at Tyson, many of us were young enough to buy into the ‘Boogeyman’ persona that he embodied; but as adults when you look back, it’s very easy to note that most of the men he destroyed had no chance against you and I on two weeks training, let alone him! Our entire perception of Tyson – (one of my personal favorites) – vanished when he faced someone who couldn’t be intimidated and wouldn’t be denied. There lies both my question and answer relative to GGG.

One of the most compelling arguments to support your position on GGG is the fact that this is the second year in a row where his team has promised that we’ll see “a huge year” to follow the one being closed out. In December of 2013 we heard them say that the PPV events and big names would be part of 2014. As we close out 2014, we’re hearing them say the same thing for 2015. If his own team has to promise this two years in a row, is there any way to dispel the reality that he’s clearly not there yet? It’s not about hate or deceit, it’s about reality, and as I often say, I’d rather be hated for being honest, than loved for lying! Bottom line, GGG hasn’t totally proven to be what HBO and the media suggest.

I can understand HBO pushing him as an up and coming fighter trying to rise to the top. But that’s quite a difference from being “feared” or claiming that this particular talent is already there. Late 2012, we heard that Team GGG was “putting everyone on notice from 154-175”. This is important to note, because supporters will say “he’s cleaning out the competition at ’60, and shouldn’t be rushed up to face someone at ’68”. Those same supporters will say Ward or Mayweather “should go up in weight to challenge themselves”, yet never identify this irony, despite those men being proven talents. This is where I draw problems with the drastic promotion of GGG.

If these statements aren’t going to be applied across the board, they should remain under the table and never spoken. I’m very skeptical about using the word “hype”, and I feel that Golovkin is beyond that term; however, when you have an entire network enabling your decision to face a lower tier of opposition, I have to co-sign that statement. HBO forced fighters like Ward and Rigondeaux to face a certain level of opposition, in the case of Ward, totally discounting the fact that he was coming off a lengthy injury lay off. I’ve seen none of that pressure on GGG to face better opposition, despite their staunch support of him. Are they enabling this ‘hype machine’ for personal benefit?

How is this any different from Deontay Wilder, or the pre-mega fight versions of Canelo and Chavez Jr? I have an issue with the sport building Golovkin into a mega-fight, PPV level fighter on the strength of this very weak level of opposition. Fans will say “Quillin, Ward, and guys like Anthony Dirrell aren’t big enough draws to face him”. Well, those guys are certainly a cut above those the “C” lister’s he has faced, yet a notch below the mega money fighters of the world. He can’t get to that mega-money level without passing that level. Ward is a totally different level, and Golovkin was proper in saying he’s “not ready”. Either way, he needs bigger names on the resume. Anything less fails the test.

Sha’Ron H. (Bronx, NYC): Nicholas Walters’ performance against Donaire took me by surprise. I’d like to know who do you see as a threat to him? And what do you think should be next for Donaire?

Vivek W. (ESB): Of all the fights left to close out the year, this was actually one that I looked forward to the most. Donaire has been one of those intricate players in the lower weight class that has always intrigued me. We’ve seen the speed, we’ve seen the power, we’ve seen the resilience, yet beneath all of the ‘flash’, there was still a few questions that remained. In Walters, we had a young man who seemed very poised and very solid, yet he’s never had the stage to prove his worth. Watching these two worlds collide was a thing of beauty, and in the aftermath, it’s safe to say that questions posed are now questions answered.

Some have tried to dismiss Walters performance by stating that Donaire was “too small”, or “not mentally there”. I don’t like those type of statements, because we have to keep in mind that Donaire was the one who asked for this fight. On the strength of that alone, I don’t think it’s possible to go down that road. I thought Donaire looked very vested, fast, powerful, and composed. I don’t think he was intimidated on any level. If there was any fear factor involved, I think it came after he buzzed Walters and saw no change in Walters’ disposition. Many fans and media will totally overlook this kinda thing, but if you watch closely, for some, it’s always the beginning of the end.

When you look back at Mayweather vs Mosley or even Cotto vs Margarito I, history has often shown us that landing your best and realizing that it had no effects shifts the dynamics of the mental edge quicker than anything. In this case, Donaire stood across from a fighter that remained very composed and very aggressive. To Donaire’s credit, he didn’t waiver either, but mentally, you have to wonder if he realized at that point that he was in for more than he could handle. I thought Donaire was very gracious in defeat and totally respectful, but I also think the time has come for him to assess what comes next.

He hasn’t seemed himself lately, and at the highest level, there’s no way to fake it! What’s really questionable here is that even against lesser opposition, he just hasn’t looked to good in recent years. Conspiracy theorist will look at the post-Victor Conte affiliation and speculate. I can’t say that there was funny business going on, but there’s certainly a hint of truth to the notion that he hasn’t looked the same since he departed those ranks. In reality, he has lost to arguably the two best talents in their respective weight divisions, so there’s no downside to that. But whether or not he wants to push on? That’s a question he’ll have to assess, and if so, I’d advise him to take time off to clear his mind first.

Relative to Walters, I think the sky is the limit. The kid has an incredible amount of poise and heart, and to top it off, he likes to bang. It’s literally the best of both worlds. We’ve seen some fighters fail to get their shine under the Top Rank banner after such performances, mainly on the strength of ‘boring’ styles. Well, Walters doesn’t present that issue. He can box, he can brawl, the kid can do it all! Lomachenko is a fight I’d like to see him in soon, but with his big frame, I wouldn’t doubt that we see him in against a Crawford or a Mikey Garcia within the next 24mos. Stay tuned.

Monty T. (San Diego, CA): I know that you were very vocal about Amir Khan not taking the Devon Alexander fight last December. Now that he has signed to face him, what are your thoughts?

Vivek W. (ESB): I’m very happy that the fight is happening, but just like I felt at the time, a poor decision not to in the first place pretty much only hurt him. Had he taken that fight and actually defeated Alexander in a spirited effort, I really think his leverage to ultimately get the Mayweather fight would have been far greater. I think Alexander is a solid litmus test, and the same goes to the opposite. Both men can answer very pivotal questions relative to their true worth in the sport. Alexander failed to elevate his game at points in the past that could have taken him to the ‘next’ level. In the case of Khan, we can say the same.

As far as who actually wins this battle, it’s really difficult to say, in the sense that we simply don’t know which version of each man will show up. When you look at Khan’s victory over Collazo, we saw some of his best work on display. The lightening speed and tenacity were on high display. Sadly enough, so was the very repetitious combinations which he rarely changes, as well as the propensity to leave himself open after exchanges in key sequences.

In the case of Alexander, I can recall the first time I saw him live, very early in his career. In a fairly empty arena, I was busy browsing notes in my online journal from media row when my ears perked up after hearing his swift punches. I stopped browsing those notes to watch, and remember telling myself “this kids speed and toughness reminds me of a young, “pretty boy” Floyd”. Sadly, after a few years and a ton of uneven performances, we have yet to see him fulfill even a quarter of that promise I saw. You have the solid performances such as the one he turned in against the tough as nails Colombian born Juan Urango; then you have the ones like he turned in against Timothy Bradley.

That type of unbalanced history has plagued him, and ultimately prevented him from reaching new heights thus far. This is a great fight for him, because it gives him a shot at proving to the world that he has turned the corner on those challenges and taken his game to another level. Unfortunately for both of these men, a loss for either wouldn’t totally spell doom, but it’ll definitely remove them from contention of anything on the mega level. That being said, there’s a ton to gain, and perhaps even more to lose. Great litmus test for both men, and I’m very eager to see it all unfold.

(Vivek “Vito” Wallace can be heard every Tuesday night on “Left-Hook Lounge Radio” at 9ET. He can also be reached at wallace@boxing247.com, Twitter (@vivekwallace747), InstaGram (ViveksView), and on Facebook).