Mikaela Mayer grew up in Southern California and then left to pursue a boxing career. After an Olympic berth, nearly five years as an unbeaten pro and a pair of world titles, Mayer finally authored her triumphant championship homecoming. 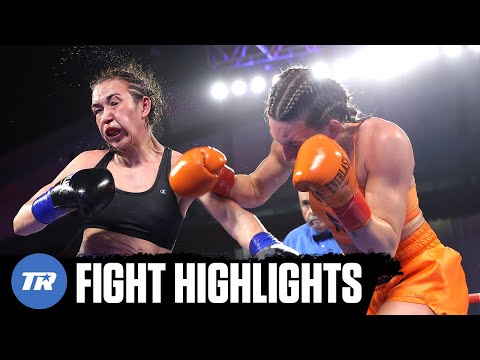 It was the third title defense for Mayer (17-0, 5 KOs), and her first as a unified world champion. She did everything but force the stoppage, outlanding Han by a more than 3-1 clip (192-63). Early in the fight, Mayer busted open Han’s nose with a right hand and used a stiff jab to keep Han on the defensive.

Han (18-5-1, 1 KO) landed the occasional counter against the ropes, but Mayer was never threatened. It’s onwards and upwards for the woman ranked No. 5 on ESPN.com’s pound-for-pound rankings.

Mayer said, “I feel like I did a lot of good things in there. Her movement, I think, is what she does best and it throws you off. She gets her spacing in a little bit, so I had to throw her off and stay behind the jab. Coach Al {Mitchell} reminded me to stay behind the jab, set the right hand up. She would duck sometimes and make me miss. I started to go to the body. All in all, she’s a tough, durable girl. That’s why we chose her for this fight. We knew she would push me, but I feel like I did well.

“I wanted to get the stoppage I feel like I hurt her in the eighth round, almost finished her. This is another reason why I’m advocating for three-minute rounds.

“I’ve been pretty clear that I want to go undisputed at 130. {Alycia} Baumgardner and {Hyun Mi} Choi, I’ve been calling them out. I want {either} fight, but if they’re not going to give me that fight in a timely fashion, I’m game to go up and challenge the winner of {Amanda} Serrano versus Katie Taylor.”

Welterweight: Giovani Santillan (29-0, 16 KOs) KO 7 Jeovanis Barraza (23-3, 15 KOs), :33. Santillan is a welterweight contender to watch after he laid a savage beating on Colombian veteran Barraza in the evening’s co-feature. An accumulation of punishment prompted referee Thomas Taylor top stop the fight, as Santillan outlanded Barraza 193-37. Santillan, who is trained by Robert Garcia, picked up his first stoppage since 2019. 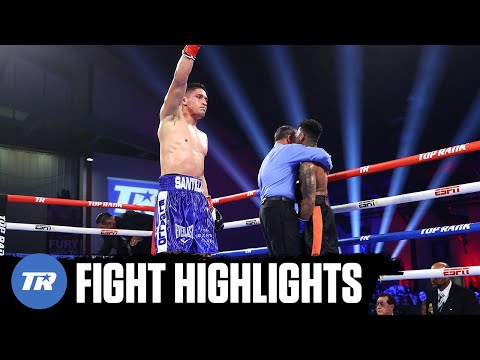 Santillan said, “I am humbled by the support of my hometown, San Diego. Once again, they came out in force. They motivate me to do my best every time out there.

“I am going to keep working to earn a welterweight world title shot. I have a great team behind me, and when the time comes, I’ll be ready.”

Junior Bantamweight: Andrew Moloney (23-2, 15 KOs) Gilberto Mendoza (19-12-3, 10 KOs). Moloney, a former 115-pound world champion, continued his march toward a second world title with a relentless effort against Mendoza. With less than a minute until the final bell, a Moloney left hook forced a referee’s stoppage. The numbers told the story, as Moloney landed 261 punches to Mendoza’s 98. It was the first time Mendoza had been stopped in more than a decade. 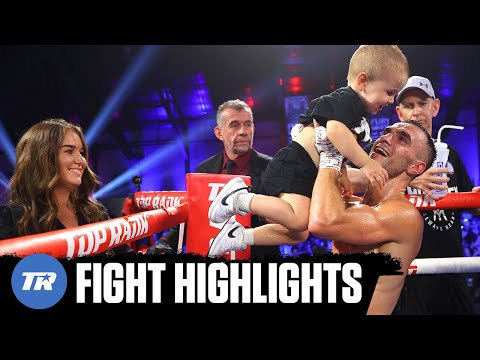 Featherweight Duke Ragan (5-0, 1 KO) UD 6 Diuhl Olguin (15-22-5, 10 KOs). Scores: 60-54 3x. The U.S. Olympic silver medalist made his triumphant return to the professional ranks with a shutout over Olguin. Ragan turned pro in August 2020 and shined at the Tokyo Games the following summer. The Olympics, couple with injuries and the death of his father, caused the yearlong layoff. Ragan showed no signs of ring rust, but Olguin, a born aggressor, was game to the final bell.

Bantamweight: Jason Moloney (23-2, 18 KOs) UD 10 Francisco Javier Pedroza (17-11-2, 10 KOs). Scores: 100-90 and 99-91 2x. Moloney, a two-time world title challenger, picked up his second straight win since losing to pound-for-pound great Naoya Inoue. Pedroza winged overhand rights in the early going, but it was Moloney’s consistent body attack that told the story. Pedroza was in retreat mode in the later rounds, as Moloney cruised to the points win.

Flyweight: Virginia Fuchs (1-0, 1 KO) KO 4 Randee Lynn Morales (4-4, 2 KOs, :24. U.S. Olympian Fuchs, Mayer’s best friend and former amateur teammate, knocked down Morales in the opening round and had little trouble in dissecting her overmatched foe. In the fourth round, following an accumulation of punishment, a Fuchs onslaught forced referee Jerry Cantu to end the one-way traffic.

Junior Lightweight: Luis Alberto Lopez (25-2, 14 KOs) KO Raul Chirino (19-14, 12 KOs), 1:08. IBF No. 1 featherweight contender Lopez sliced through Chirino with ease, knocking him down four times in less than four rounds of action. Referee Sharon Sands immediately halted the contest after Chirino was dropped with a left hook to the body early in the fourth round. Lopez has now won eight consecutive fights dating back to 2018. 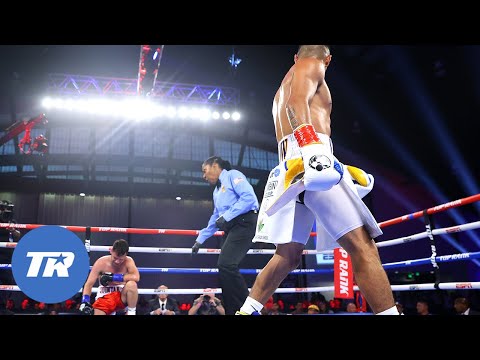